We are finally home. I know I have been totally MIA for the last week (or two), we have been in Iowa visiting family. This type of traveling, which involves long road trips & bouncing around from house to house with a toddler, makes you lose your mind a little. We got home Sunday, I am still a little disoriented from the craziness & of course we all have colds.  But here’s a recap of the rest of our ten day trip, listed as pros & cons, because that might be all I can muster up at this point.
PRO: We got to see all of our family & friends, more importantly, they got to see Harper. This is obviously the hardest part about living so far from family, it is so hard to say goodbye every time.
CON: It was a fourteen hour road trip & it did not go well. I felt prepared, I brought toys, crayons, glowsticks, snacks, the ipad, the ipod, nothing short of a three ring circus. And all my kid wanted to do was throw them at us to make a point that she did not want to be in the car anymore. Oh, and when we did get out of the car? Brandon convinced me that she could play in the McDonald’s playplace (against my will) & I literally watched her almost lick the floor. #allgrosseverything
PRO: We got to go tailgate for the first Iowa Hawkeye football game.
CON: They lost. 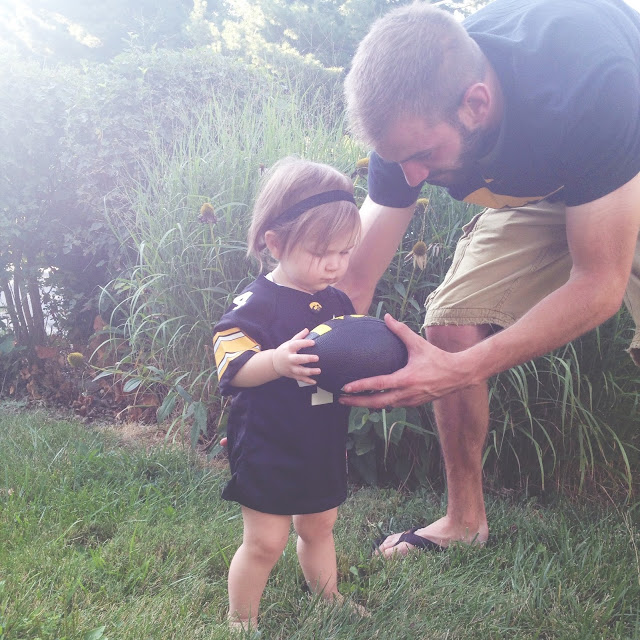 PRO: Harper got a new Hawkeye jersey for football season!
CON: It was eight million degrees in Iowa, so she couldn’t wear pants with it. 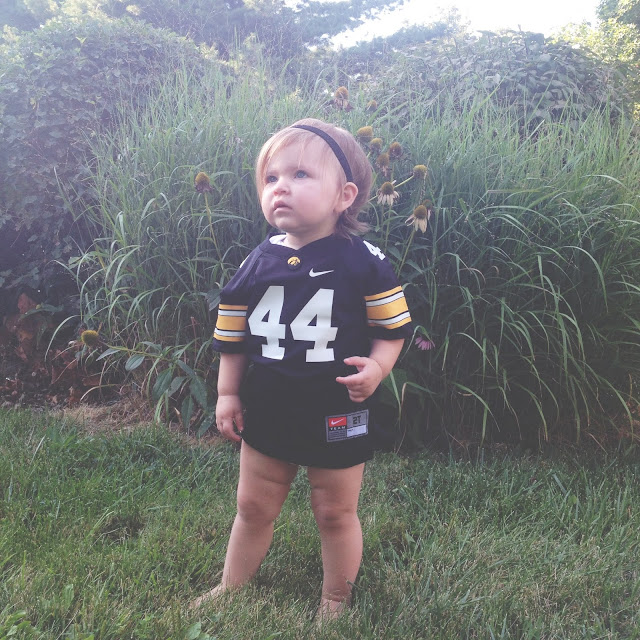 PRO: We took Harper to the zoo for the first time. She had a blast, called all of the animals “puppy” & got to ride the carousel.
CON: Did I mention that it was eight million degrees? Of course it was 60 when we left the house in the morning but the poor kid ended up riding home later in just her diaper. 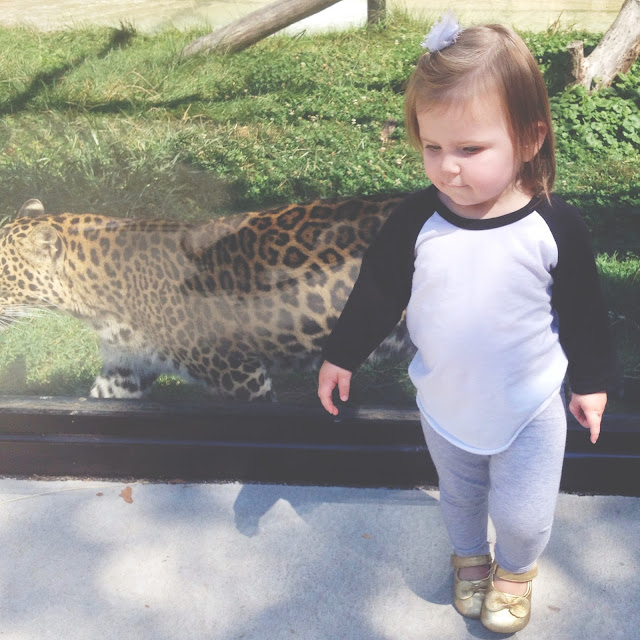 Baseball Tee
PRO: Iowa is the food capital of my heart. We got to eat Happy Joes, Pancheros (which turns out, isn’t that good anymore), Maid-Rite, Taco Johns, Pit BBQ, my mom’s spaghetti & Brandon’s grandma’s meatloaf. Hell yes.
CON: It is like pulling teeth to find a good iced coffee when there aren’t any coffee shops nearby. The convenient store cashiers were staring at me like I had two heads as they watched me try to concoct my own (and I burnt my hand). Thank God for Iowa City. 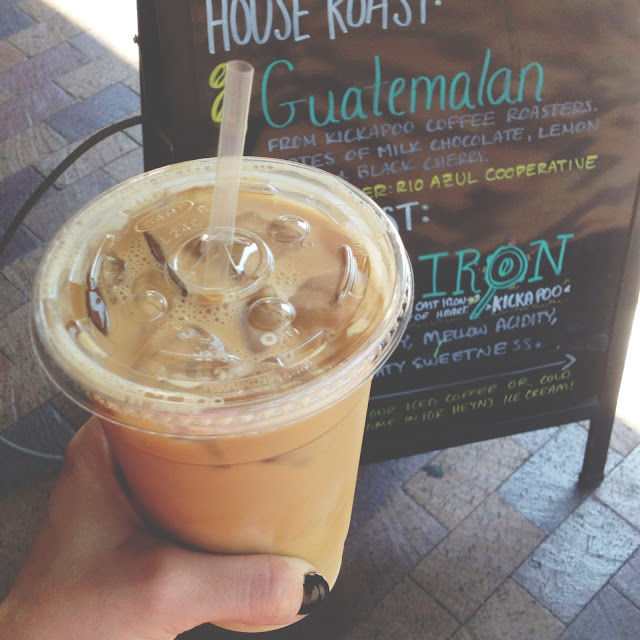 PRO: We got to frolic around our old college campus.
CON: We had a kid with us so we didn’t get to pound patio beers. (Although it was pretty epic watching Harper play in the ped mall splash pad!) 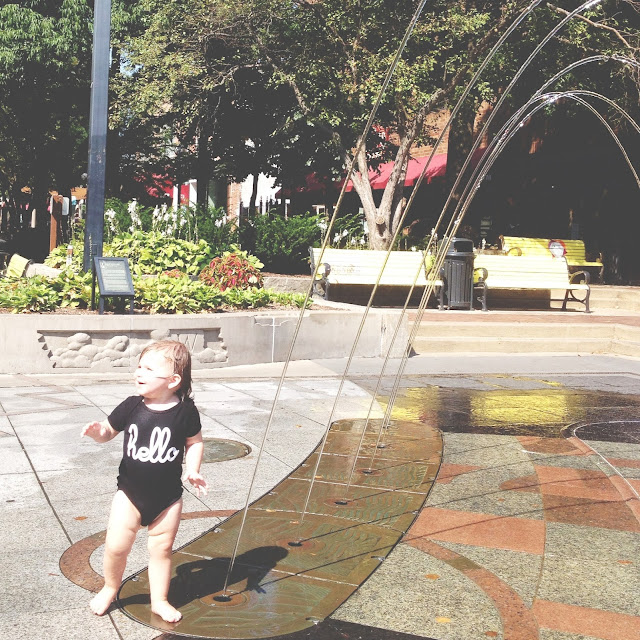 PRO: We got to eat these cupcakes. Oh yes, that is a rice krispie treat you see on top of that one.
CON: Now I have to eat purely fruits & vegetables for the next five hundred days to make up for it. 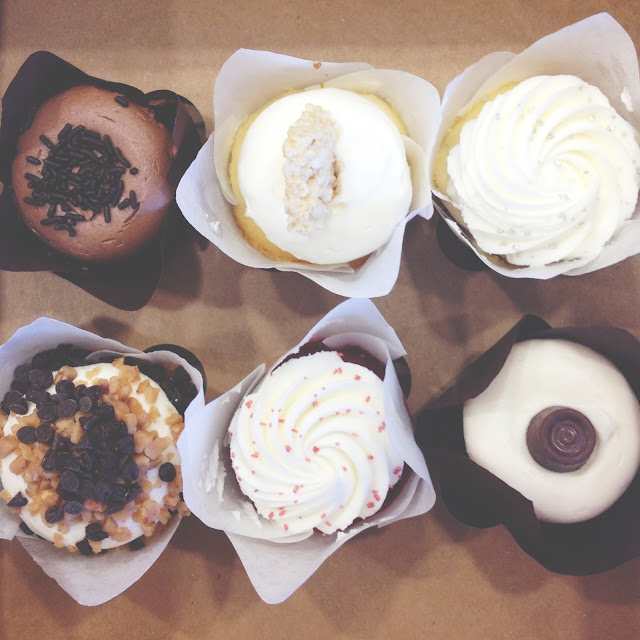 PRO: We got to go visit my BFFs in Des Moines, Harper got to see her future husband & us girls even got a kid free afternoon to get pedicures. (Was that real life?)
CON: Two toddlers will never stand still enough to take cute pictures. Although Harper is killing me in this one. 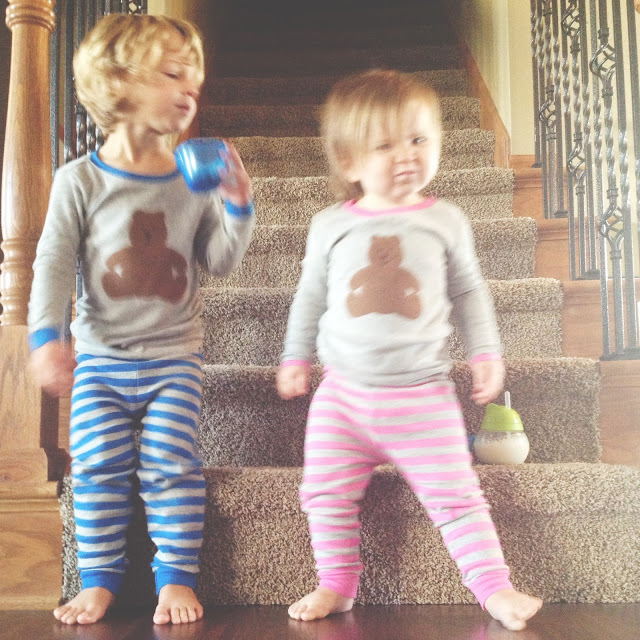 PRO: We broke the trip up into two days on the way home.
CON: We didn’t think to check for a hotel ahead of time, meaning they were all booked & we had to stay in an overpriced one that was way too nice to just sleep in for six hours. Although they did have a french toast buffet in the morning. But no iced coffee. 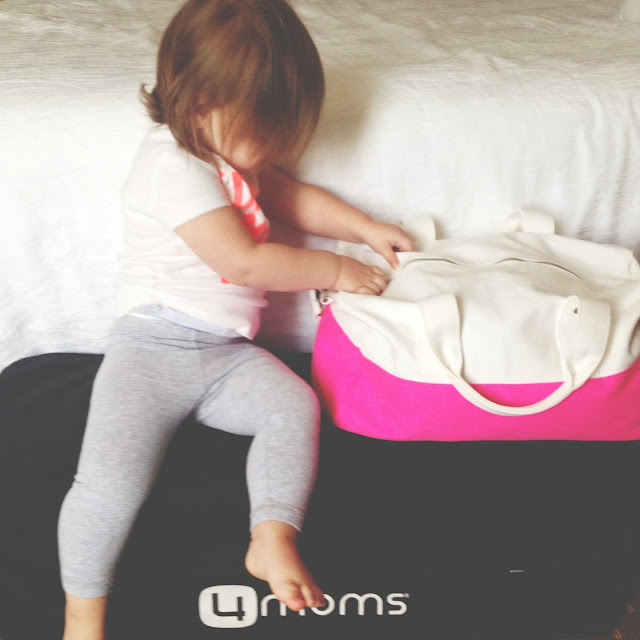 Breaking the trip up helped, but Harper was still just as restless. She also caught some sort of cold & turned into a bronchiti-saurus-rex for the drive home. Brandon & I took turns getting carsick in the back seat, talking about how we will never do this roadtrip again & arguing about how many bags of okee-do-ke cheese popcorn I was bringing home. A clusterfuck of mass proportions.

We really did have a great time seeing everyone though, there’s nothing like Iowa Fall, food, friends & family.

Back to our regularly scheduled programming tomorrow, time for a long night’s sleep in my own bed.
3