Last week, after an early morning playdate & a few errands, I decided to totally press my luck with it being close to naptime by making a quick stop on our way home. I had my eye on these adorable gold flats that were on sale, so I wanted to get a pair for Harper & another pair for a friend’s daughter for Easter. Of course the kids section is at the far back of the store & Harper has become miss independent, so she walked with me (touching everything along the way), tried on the shoes & then slowly made our way back up front. Within those few minutes, the line had grown & Harper’s patience had started to dwindle. I debated whether the wait was worth it, but we were already there & had the shoes in hand, which was half the battle.
It seemed like things were moving along quickly so I figured we would just wait in line another few minutes, minutes that felt like an eternity filled with typical toddler shenanigans like trying to lay on the ground to break dance while holding my hand & pulling a pile of men’s shirts off the display. After everyone & their mom finished signing up for store credit cards or returning all of their Christmas gifts, we finally made it to the front of the line (where Harper asked “hold you?” & then literally sneezed into my mouth while I was paying), checked out & made it home alive. With shoes. 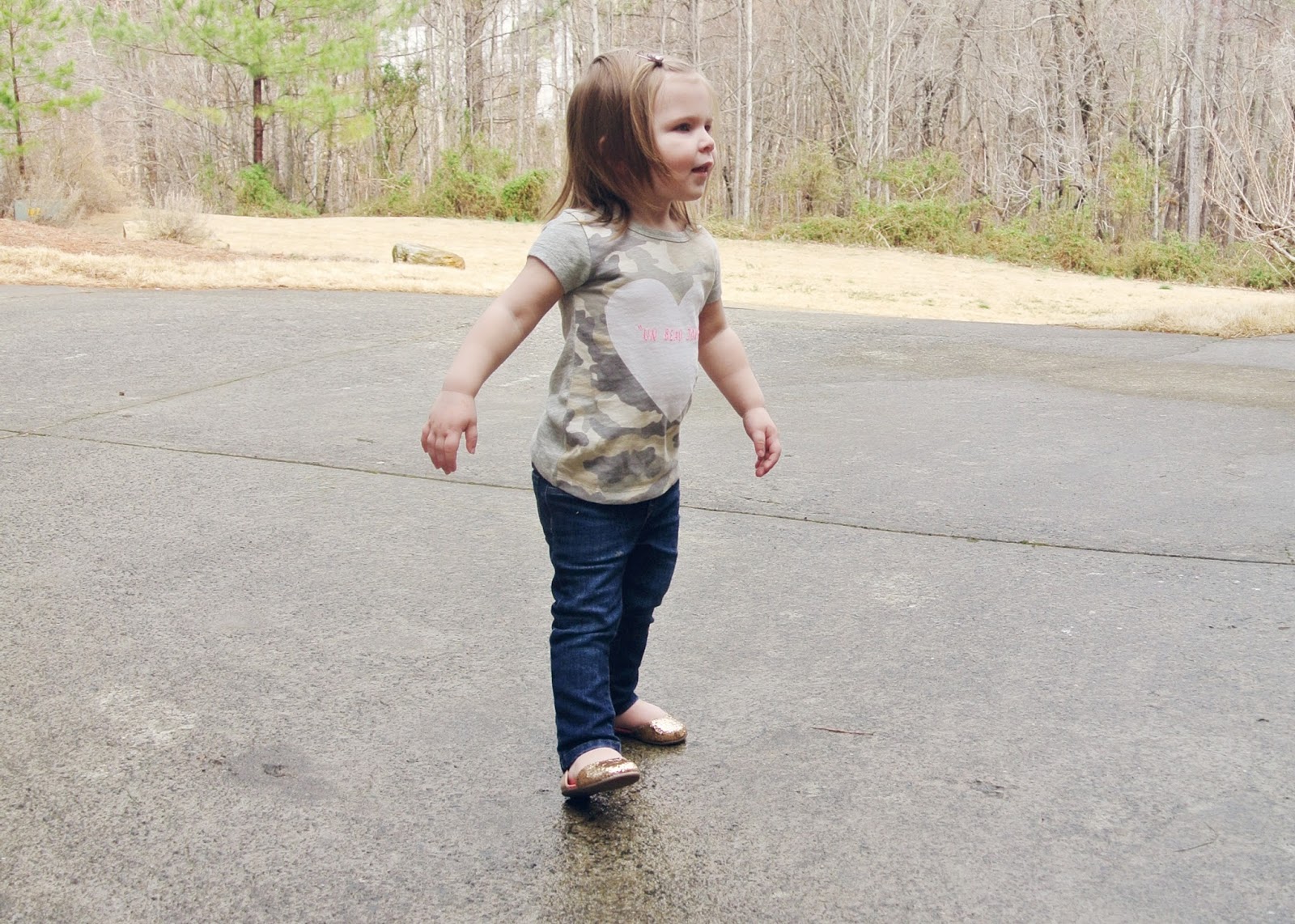 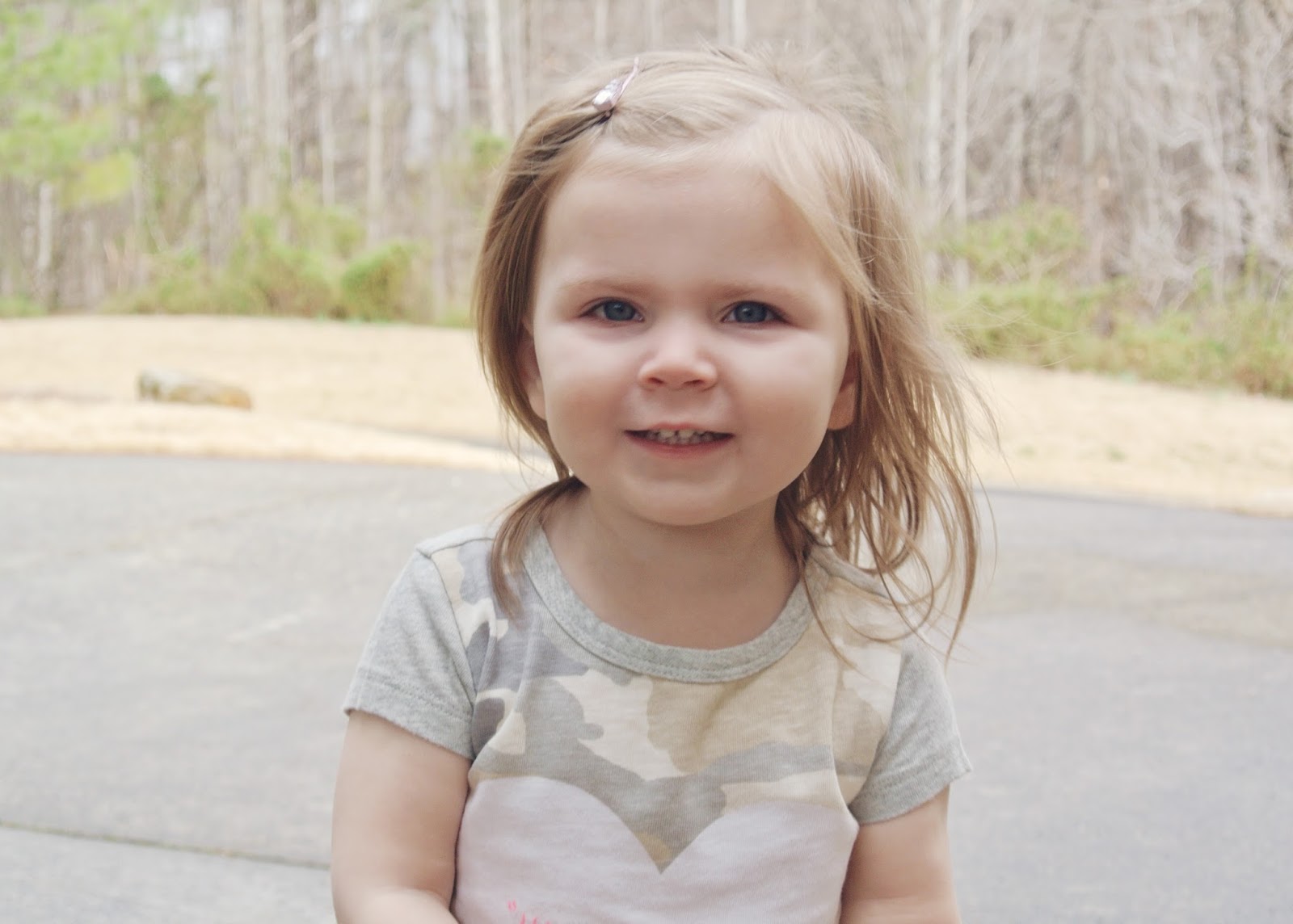 Fast forward to this week, it had rained all morning so our plans were to go to the indoor trampoline jump place to run off some energy. (PS. If you’re a Knocked Up movie fan, you may remember that you aren’t supposed to jump on trampolines while pregnant. Or smoke crack.) Anyway, I put on Harper’s cute gold shoes & brought socks for her in my bag. We grabbed lunch with friends then she ran & jumped her little heart out for a solid hour before it was time to head back for a nap. When I put her back in her carseat, I took off her dirty socks & put her shoes back on & away we went. Halfway home, Harper asked for her window down, which we have been doing lately since the weather has been nice so I cracked it for her. Then she says “widdo down more? more!” so I put it halfway down, to which she replies “I fix the widdo.”
No, actually I fixed it. But that’s beside the point.
Then, as we are going thirty miles an hour down the main highway, I hear her proudly say “fro!” just in time to look back & see a glittery gold shoe go flying out the window. 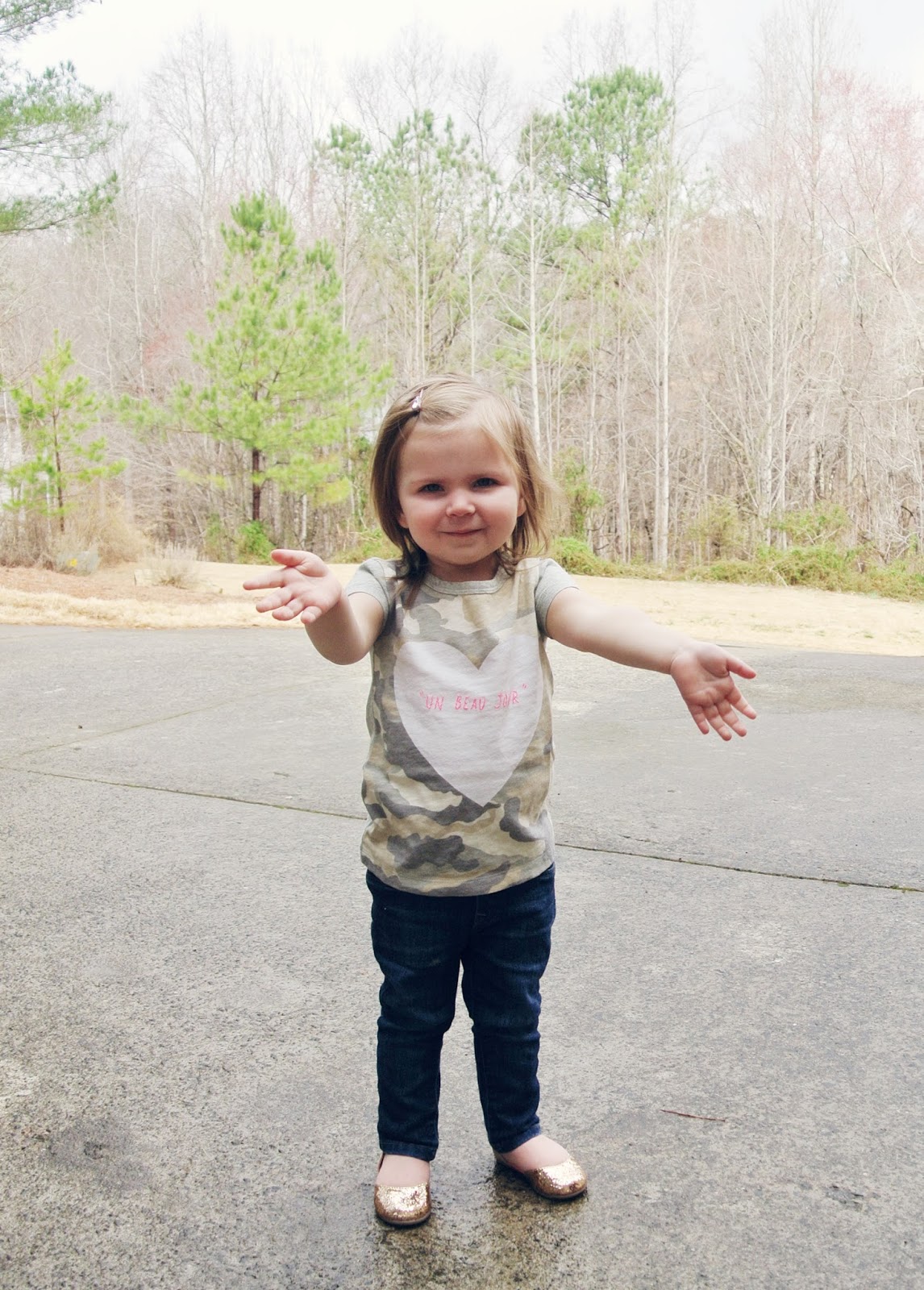 I tried so hard not to laugh, as I rolled up her window & told her we can’t throw things out of the car. Especially our shoes.
How many times have you driven down the highway & saw a kids shoe on the side of the road & wondered how on earth that got there?! Now we know.