Went in for my 36 week appointment today (I know, I am a bit behind on chalkboard posts, coming soon!). My midwife wanted me to have an ultrasound because she thought I was measuring a bit small. Hopped over to the ultrasound room, where the tech revealed that she certainly appears to be a tiny thing but not in the danger zone… but that the reason I was measuring small is because the baby is now breech and tucked into the right hand corner of my belly. FRICK!!
I am frustrated that this wasn’t caught sooner.. but I guess that’s what happens when you only get ultrasounds when something seems off. I had a straight up panic attack when they threw out the word “scheduled c-section” followed by tears when they offered a procedure called a “version” where you would come into the hospital & the doctor would manually try to flip the baby around by pushing on your belly. HUH? That would need to happen on 37weeks1day… so next Thursday.. if we decided to do it. They then mentioned that there are complications associated with this – therefore we would need to be prepared for an emergency c-section if something went wrong. Hold the fuckingphone.
Now what? I am going to see my chiropractor tomorrow who practices the Webster Technique… as well as spend a little time crawling around on my hands & knees (making farm animal sounds just to add to the fun) over the weekend.  I was also told to check out the Spinning Babies website for more information & techniques to encourage the baby to rotate. By the sound of it, I need to be hanging upside down propped up on an inverted ironing board… holding a cold compress (frozen peas?) at the top of my stomach & playing music at the other end. 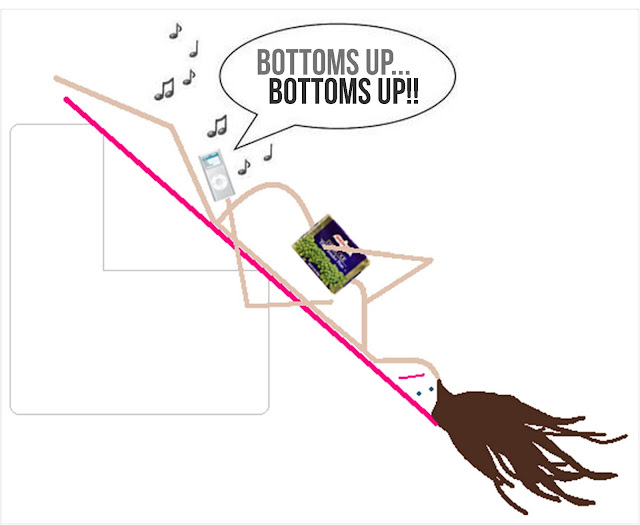 I’m sure it goes without saying – but I do not plan on attempting any of these acrobatics at home.
Not sure where we will go from here but I just had to vent. Thoughts? Anyone done a “version” before… or any of the other recommended techniques? I am slightly terrified of having a c-section ..in case you haven’t gathered that already.
5
Baby Brain Ramblings at 34 Weeks
35 & 36 Weeks