Everybody has their thing. Maybe you make a mean Chili… have the best Christmas light display around (your name better be Clark Griswold)… or dominate at knowing “what other movie” that actor or actress plays in. But dressing up for Halloween is my shit. The excitement is overwhelming…. that is where my eve’s of holidays first began. I can’t even fall asleep the night before Halloween because I am too giddy about the festiveness that awaits me in the morning.
So, my friends, a little flashback of my favorite Halloween costumes over the years.
My first, and most favorite costume of all time, the Muffin. 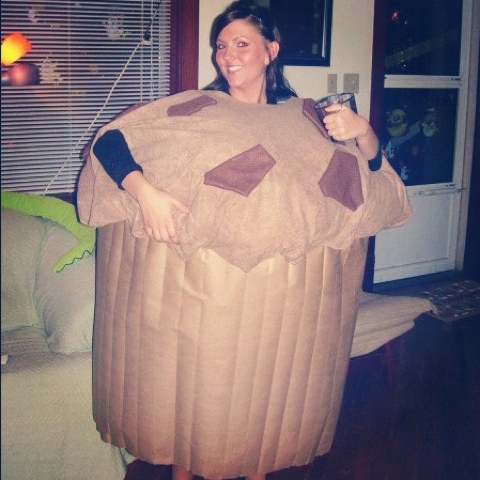 This was 2006, my junior year in college. I had it in my head for the longest time that I wanted to be a muffin… well before Pottery Barn had “cupcake” costumes. This puppy is made up of a hula hoop, packaging paper, loads of duct tape, some fabric & hot glue. I don’t know how to sew.
Brandon was Waldo. Looking back, he totally should have been the Muffin Man. 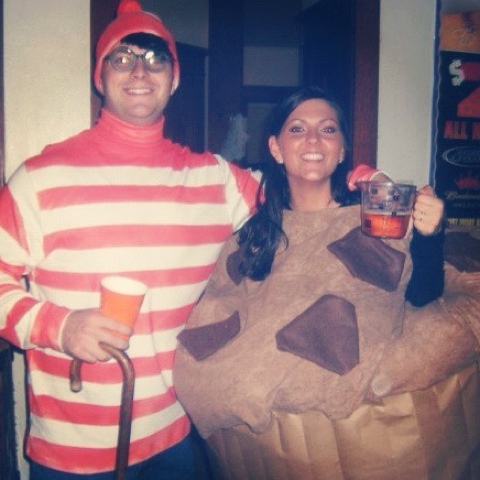 Not pictured, because I literally cannot find one, I was a troll doll. Flourescent purple hair sticking straight up, nude body suit stuffed in the belly & the hips and a jewel in my belly button. Would be a hilarious kids costume.
The next year, I was a witch. I was obsessed with this costume, not necessarily for it’s creativity, but probably because of my super duper obsession with Hocus Pocus. The skirt, legs & shoes were the best. I am obviously beer-bonging with one of my best friends (she was Glenda the Good Witch) because Brandon had a lame pirate costume that gradually fell apart through the night. I still have this costume.. dare me to wear it to the grocery store on Halloween day. 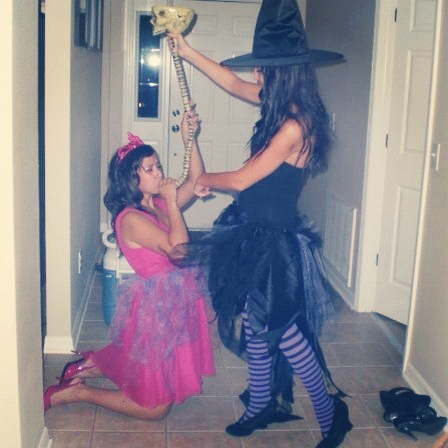 The next year I was a peacock & Brandon was a lumberjack. While I do love couples costumes, sometimes you gotta do your own thing so you can both be what you want! 🙂 I’m guessssssing it was Brandon who desperately wanted to be a lumberjack this year. 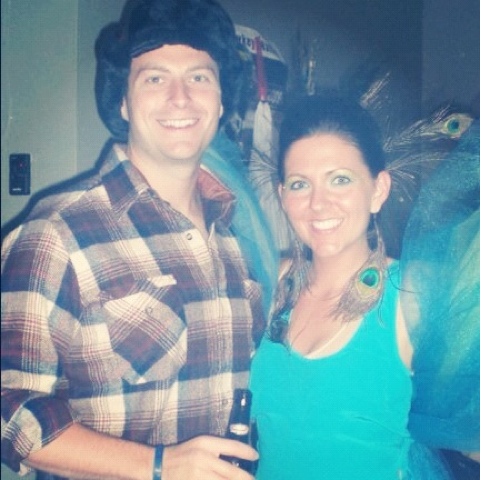 Next up, Zack Morris & Kelly Kapowski. Ironic, since my brother’s real name is Zach Morris. This one got us first place in a costume contest (whoop!) likely because of the giant cell phone. This was made up of an old cordless phone stuffed into a computer speaker. Craftsmanship right here. 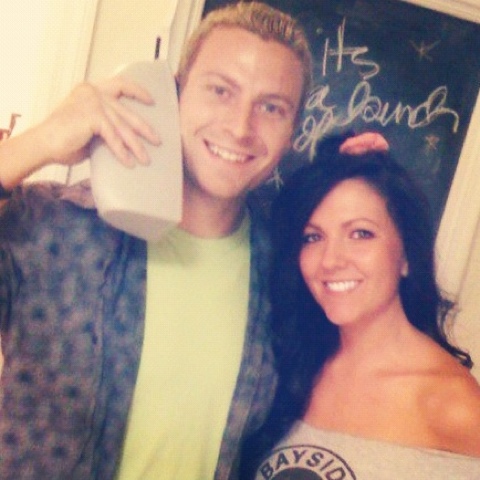 Temporary spray hair color turned this dude blonde for the night. Sorry for the blurry pics, apparently I only took them on my phone rather than using a real camera, such a shame. And last year’s costume, the Home Alone Wet Bandits. I was pregnant with Harper here. If you remember from my Halloween post last year, I complained about how much it super sucked being pregnant in a bar (especially dressed like a fat old man) with all the half-dressed-playboy-bunnies running around. But it was Halloween, so it was worth it. 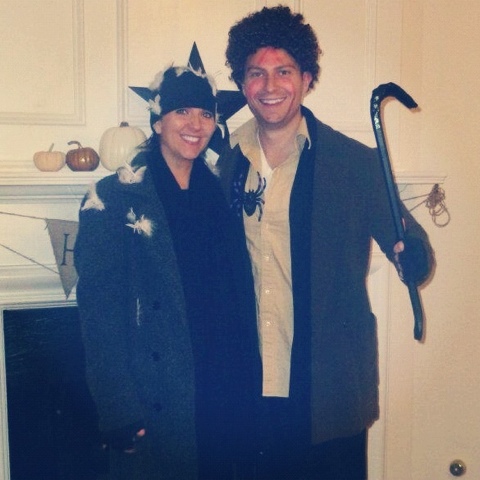 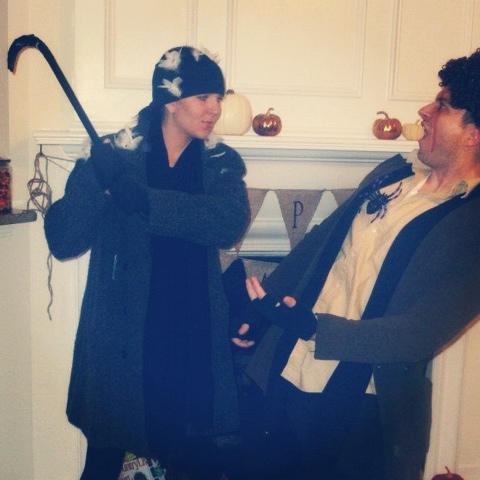 Hope you’ve enjoyed all of this nonsense… I certainly have. I secretly wish I could be the muffin every single Halloween.
I can’t wait to share our costumes for this year, which we finally just decided on, along with Harper’s adorable Tinkerbell costume! 🙂 I will leave you with a pic of this little pumpkin. 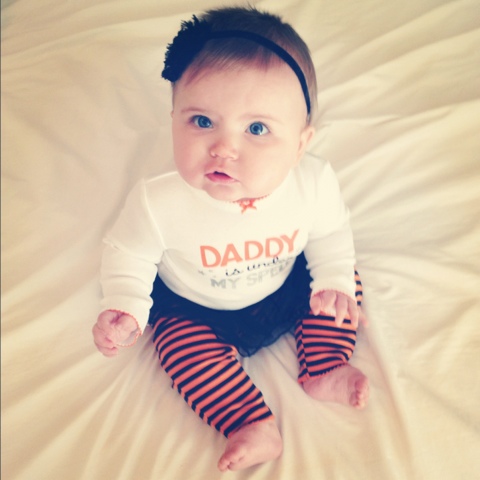