I think it goes without saying, Harper has been such a good girl this year! Brandon & I say to each other at least ten times a day, “she is the best kid ever!!” She is the happiest, silliest, sweetest baby & to top it off, she has mad dance skills. I have a feeling that Santa is going to be very good to her! 🙂
I feel like her age is a little bit hard to shop for right now, since she is almost walking & getting bored of her baby toys. She is also eating mac n cheese & wearing blue jeans… which makes her a certified big kid. 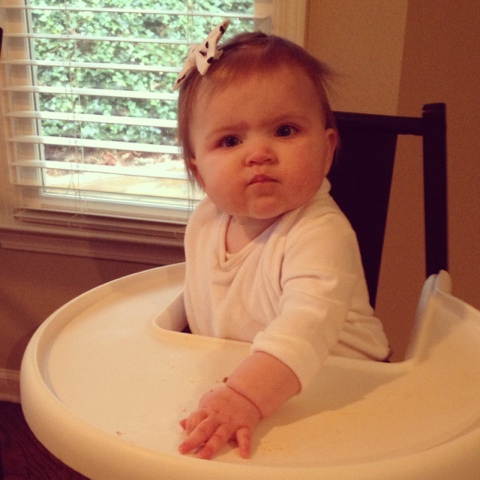 Lately her biggest obsession is with noisy, light up toys, anything on wheels & anything in my hands. The straw ninja swiped my water this weekend the second I turned my head. This makes for one wet, messy baby & one disgusting, backwash-filled tumbler. 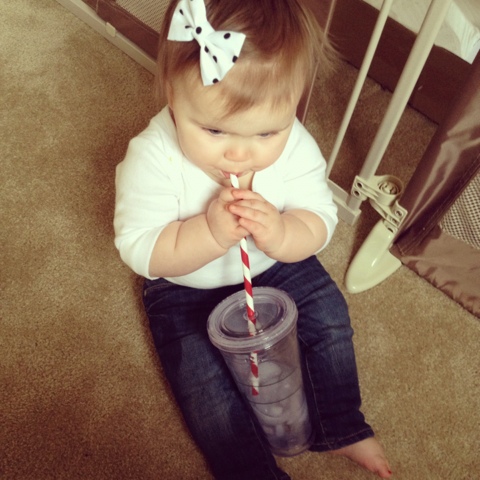 Getting ready for a Christmas party the other night, Harper dropped her toys to come hang out in front of the mirror while I got ready. Maybe lip gloss & high heels should be under the tree for her? 🙂 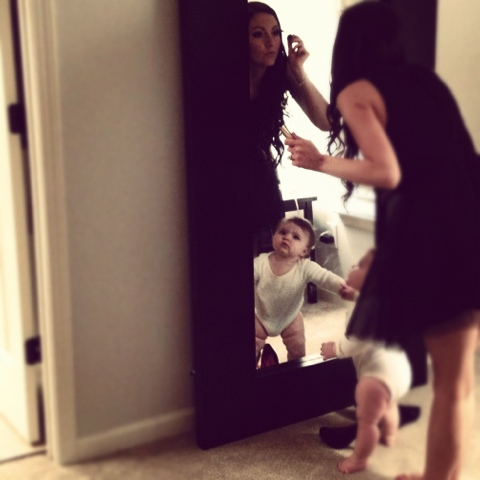 After lots of research & shopping, here is the munchkin’s official Christmas list! 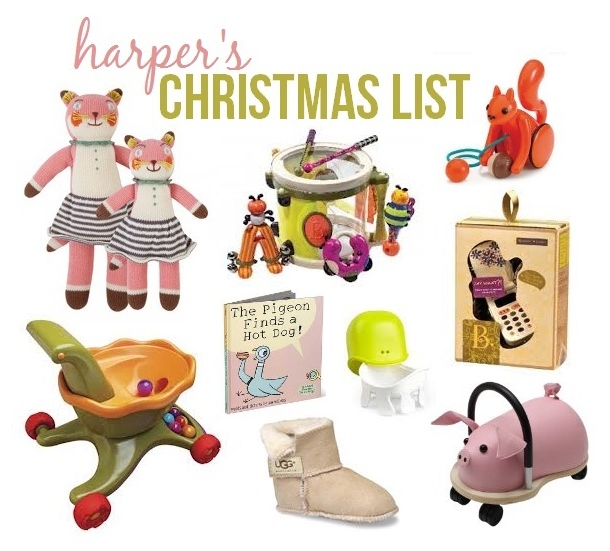 – Another one of the toys that has so many good reviews, we couldn’t help but want this right away since Harper loves her other toy drums & banging her hands on just about anything. Seems like lots of parts & pieces, so we may not give her the whole thing right away… guess it will be the gift that just keeps on giving as she grows into it! 😉
Squirrel Pull Toy

– Another cute B. Toys item, that you can record your own voice on! This toy has some mixed reviews, but we know a few people that have it for their munchkins & totally love it!
Boon Creature Bath Toys

– Always on the hunt for the perfect bath toy!
The Pigeon Finds a Hot Dog!

– I have heard that this book is hilarious. Plus, I love hot dogs. Done deal!
Ugg Boots – Harper has had the Bixbee booties forever, but now that her feet have finally grown a little & she is almost walking, I am all over these! (also obsessed with Ugg Arly Boots for boys!)
Prince Lionheart Wheely Pig

– Not only is this toy beyond adorable, but I have heard rave reviews about kids loving this toy from one year to four years old! While she may not be able to ride it yet, Harper loves to push things around… I am hoping this will be a big hit!
I know Harper will likely be more excited with the boxes, wrapping paper & bows that will accompany these gifts… but that is totally okay! The pictures will be priceless! So, let’s hear it. What is on your little one’s first Christmas list?
1
House Tour: Holiday Edition
Christmas Books for Baby