Today was Harper’s first day of pre-pre-preschool. I call it this because it is technically called “Mother’s Morning Out” which makes me laugh a little. I would say it’s less of a “morning out” & more of a cleaning & coffee drinking marathon. Enjoying the little things like a toddler-free shower & making a week’s worth of work calls without Mickey Mouse Clubhouse blaring in the background.

The program is more like a nursery, for kids between 12-36 months, basically to learn to interact with each other, have music class, chapel, play outside, etc. I knew it would be good for her & she would eventually love it, plus I could have some dedicated time to work. I especially like asking her if she is going to school, which responds by pronouncing it “gew!” 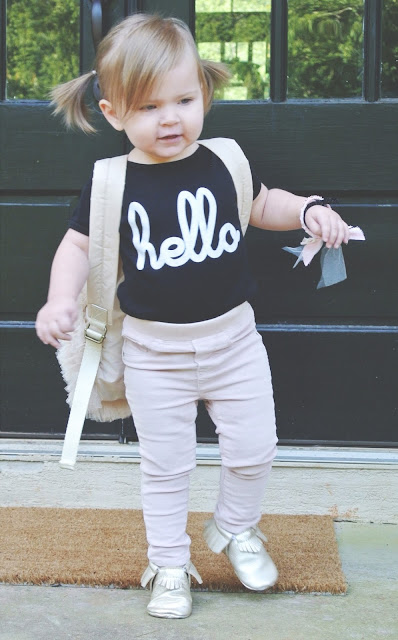 The teachers actually come get the kids out of the car so it is less chaotic with a bunch of kids crying, clinging to their mom’s legs (or mom’s clinging to their kid’s legs) in the hallways each morning. At first, I thought this was pretty badass because I could drop her off without even changing out of my pajamas.

But it was tough. Much tougher than I thought. Harper cried her little eyes out, blowing me kisses as the teacher walked her to her classroom. Break my heart! I called Brandon on my way home (sobbing) to tell him how it went.
“She was bawling! They took her right out of her carseat & into the school, I didn’t even get to take my seatbelt off! And she took her shoe off in the car, she didn’t even have her shoe on, what if they don’t put her shoe back on for her????” 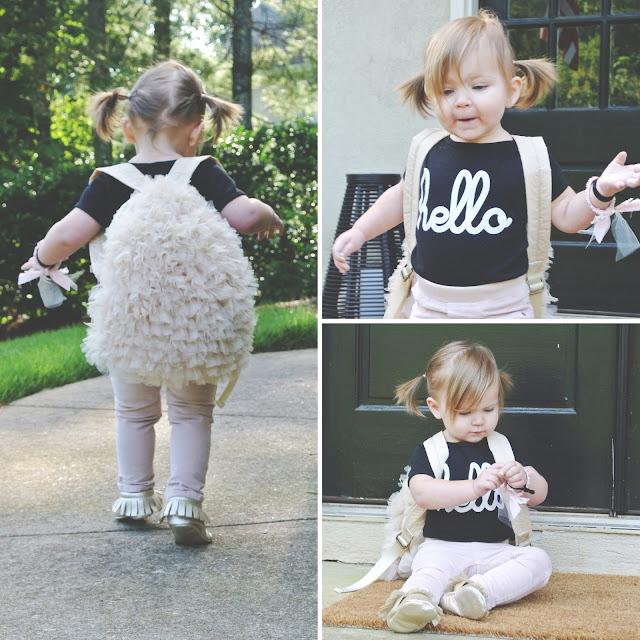 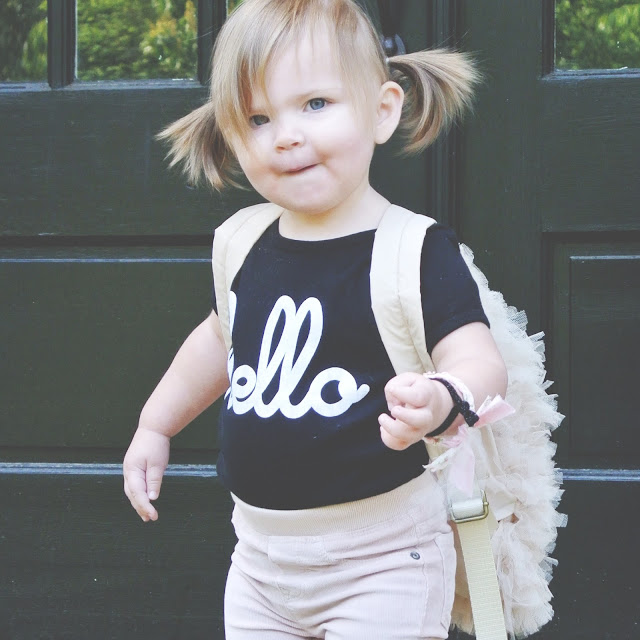 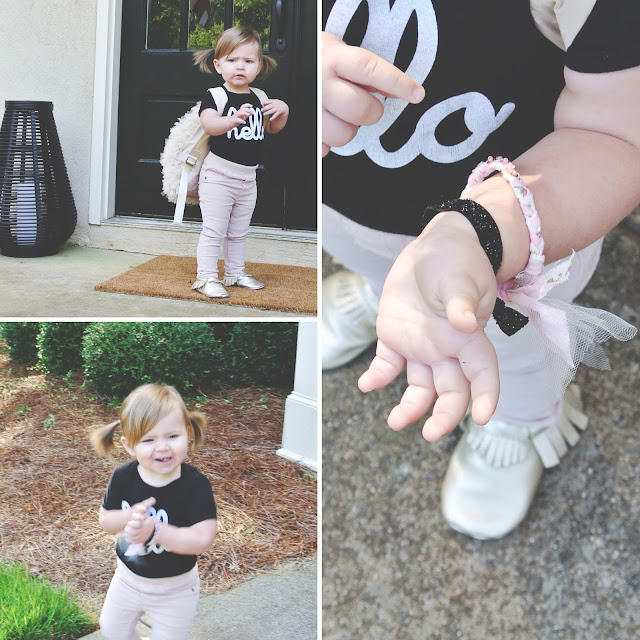 Hello Onesie | Pink Cord Pants | Ruffle Backpack | Moccasins | Pink Bracelet
I went early to pick her up so I could linger in the hallway & watch her play with her new friends. Which she was. And she was smiling! I couldn’t have been happier to have her run into my arms, lips puckered up for a kiss when I came in to get her.
So, if you are debating on whether or not to send your baby (toddler) to daycare or nursery or pre-pre-preschool, we can vouch for the fact that they will do just fine! Us mamas, on the other hand, may not. We might cry & weep, and look at pictures of them in their first day of school clothes, and then look at pictures of them as newborns, and then start worrying about what it will be like when they go to real school and have to deal with other kids being mean & all the awful stuff that comes along with it.
Then you start to wonder why the damn program isn’t called “Mother’s Morning Meltdown.”
7