As if a week long trip to Iowa needs more than one part, right? 😉 Well, in this case it does. I decided to take some much needed time off from my laptop, and since my phone didn’t have much reception, it felt like the right time to unplug. It was a wonderful, stressful, fun, crazy week. And since sleep was scarce & travel was long, it may take me all week to recover & therefore all week to tell stories from our trip post by post. Sound good? Thanks for sticking around after the radio silence.
We left last Monday morning & flew from the Atlanta airport into Cedar Rapids. We knew it was going to be a crazy long day of traveling with the kiddos, but it ended up going quite a bit smoother than we expected. Don’t worry, the same can not be said for the return travel. First (delicious) things first, Chipotle in the airport. Win. We had a two hour wait for our flight because obviously the first time we plan for bad traffic, there was none. So, we threw down a blanket so Eloise could stretch out for a while & went picnic style, with lots of hand sanitizer of course. 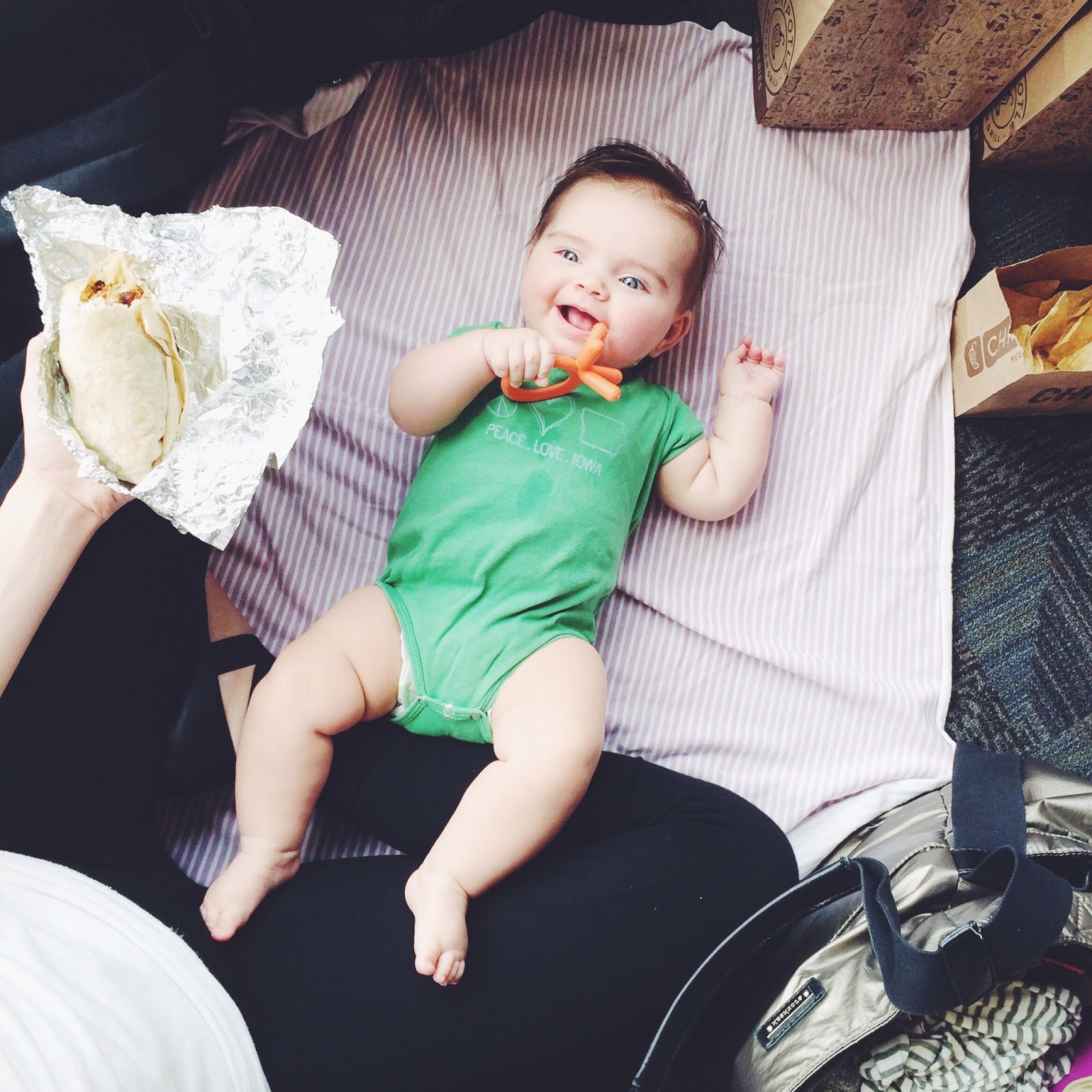 Meanwhile, Harper made a new friend. A super sweet lady sat next to Harper in the airport & they started chatting. She told us how she was expecting her first grandchild, in California, next month. She was showing Harper pictures of her puppy on her phone & telling her all sorts of stories. I asked her what was bringing her to Iowa, she told me she was on a book tour. How exciting! 😉 She was staying in Iowa City, where we went to college, so we had to give her the low down on all the good restaurants & fun bars. Of course, I also asked her about her book (a cookbook) and she told me she had also written a children’s book, which was about her dog who wore a tutu, called Daisy and Josephine

. Harper was all sorts of interested, and saw pictures of the actual dog wearing it, so we had to buy the book on amazon real quick. At one point, Harper offered her a pretzel, she took one, then Harper proceeded to tell her “sissy can’t have one, because she doesn’t have no teef!”, then put her hands on the lady’s face & asked “do you have any teef!?” We all died laughing. God Bless her for entertaining our toddler for almost an hour.
Fast forward to the flight, we were still chatting with her as we boarded & as soon as everyone was seated, the flight attendant stopped by my seat, asking if we knew the woman. I said no, we had just met her in the airport. She then said, well she looks just like Melissa Gilbert, who played Laura Ingalls Wilder on Little House on the Prairie. WHAT?! Yep, that was her, because she had just told me her name as I purchased her book. I remembered watching the show as a kid & knew she had just been on a recent season of Dancing with the Stars. She had just told me that she recently dyed her naturally red hair black for a tv show she was going to be on, so I totally didn’t recognize her. We couldn’t even believe it, but ultimately just adored her, she was the sweetest. And didn’t think twice when Harper asked her to dance with her at baggage claim a few hours later. One for the books!
We didn’t bring any strollers or carseats, I wore Eloise in my Solly Wrap & Harper walked, like a champ. I think it helped her burn off some energy before the flight. 😉 I packed Harper a fun backpack of surprises for the flight that kept her pretty entertained. Both girls really did great, although a little antsy by the end, but we all were. 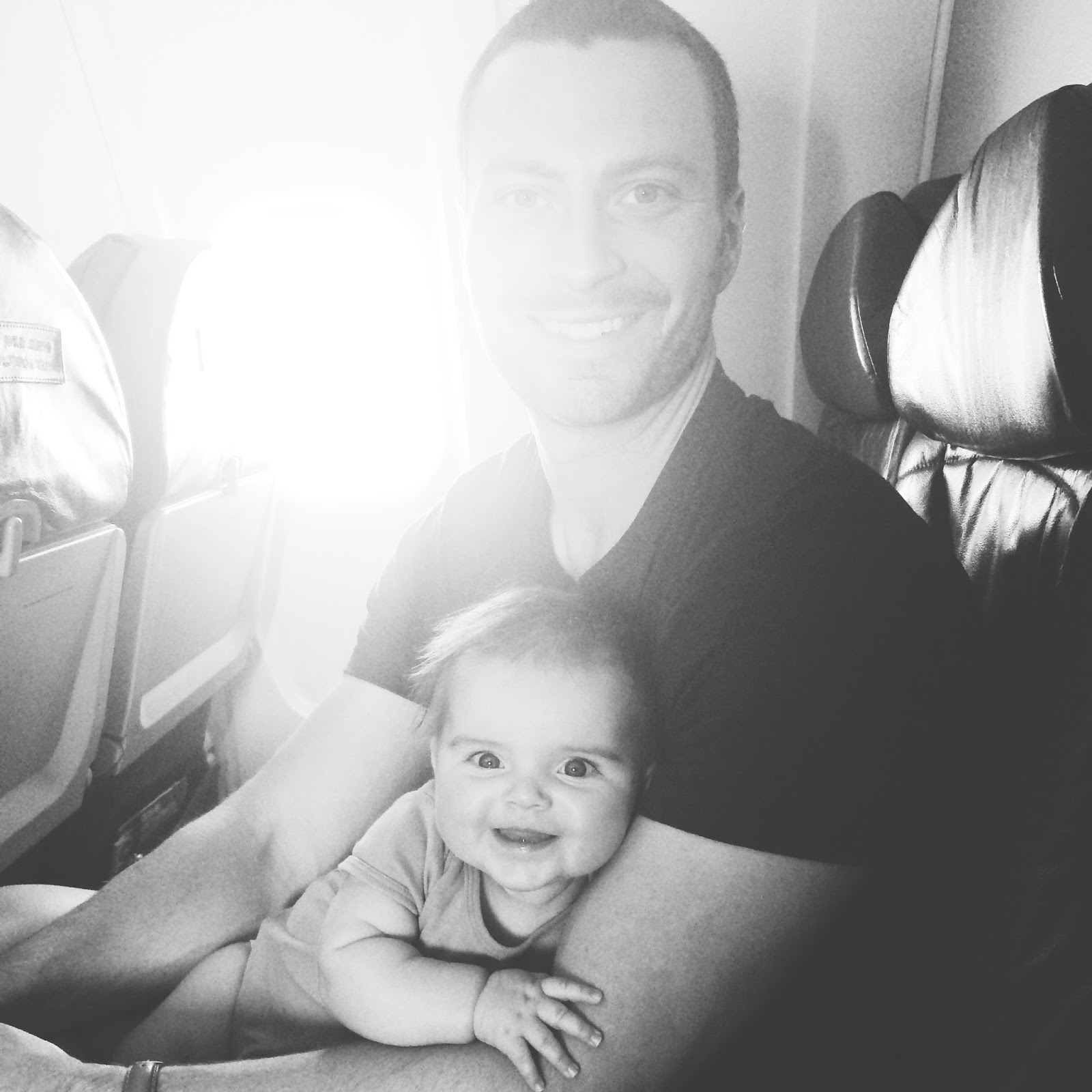 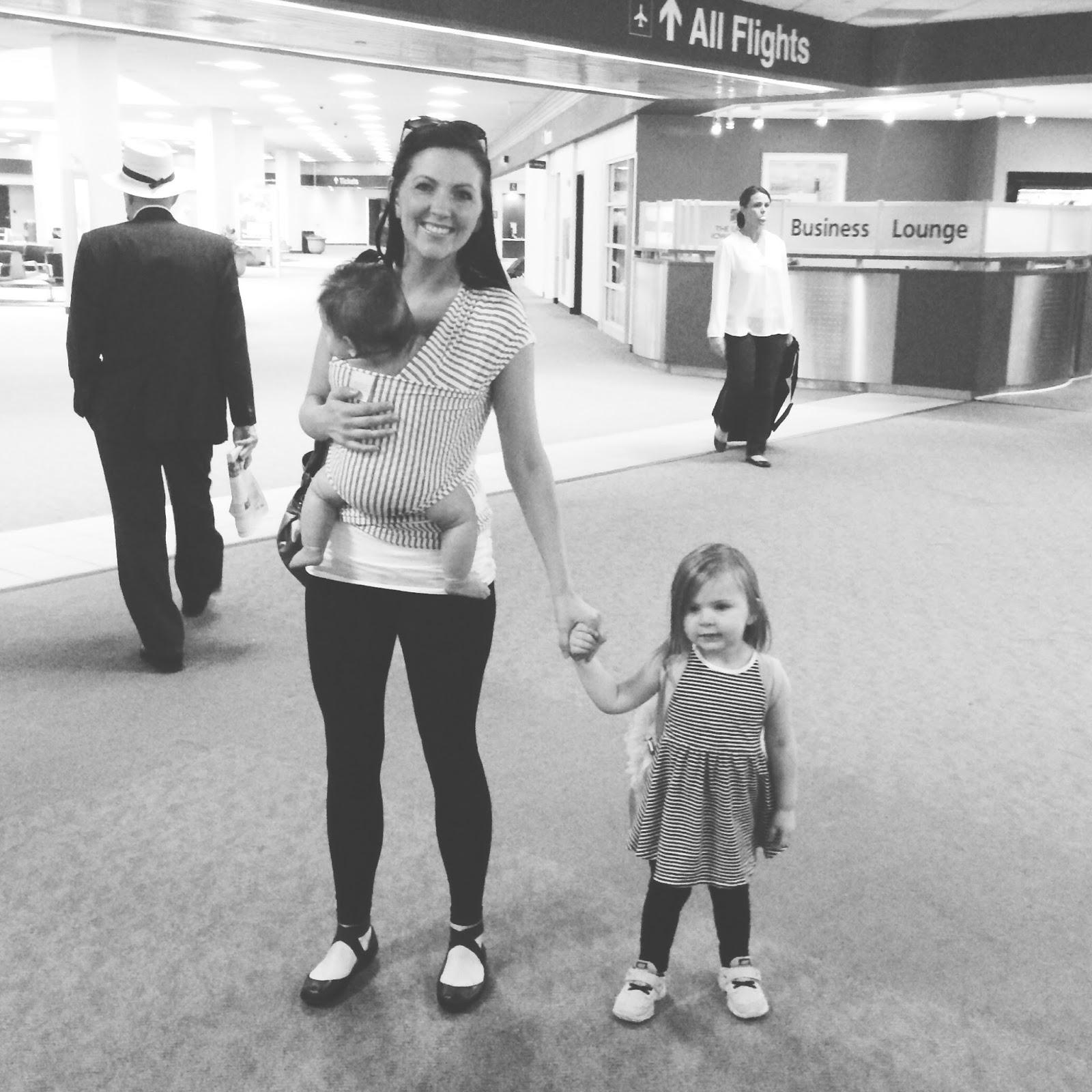 First things first, we got Happy Joes, our favorite pizza ever (Canadian bacon & sauerkraut, yep.) & their famous hot fudge sundaes. I think I’ve mentioned before, but we had this pizza place cater our wedding, we love it that much. It was a huge hit! It’s always on our list of must-haves while we are home. 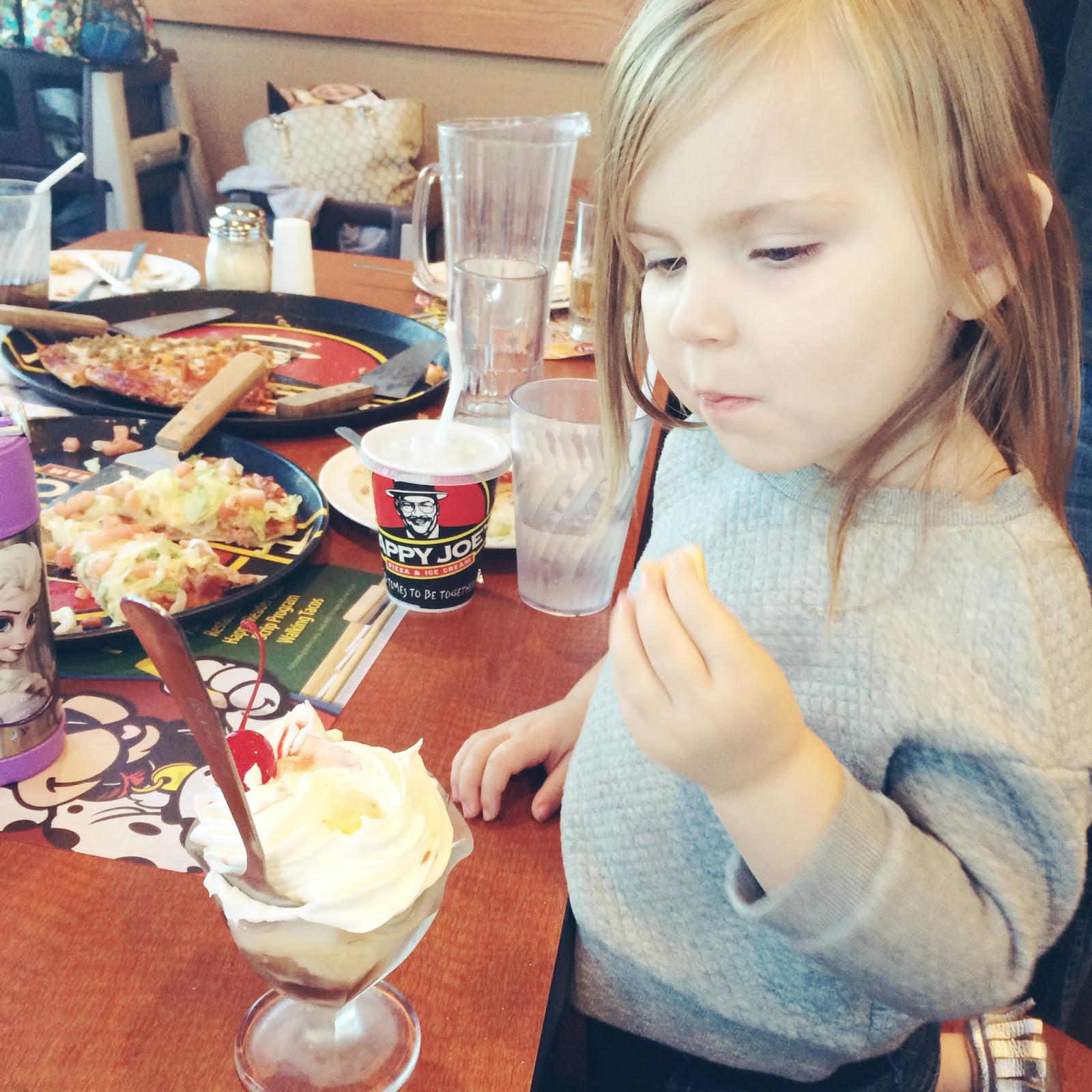 This was also our first trip back to Iowa after Brandon’s grandma Ruby passed away. She died unexpectedly two months ago in great health & we were all so heartbroken. We named Eloise after her & we were devastated that she never got to meet her. She was such a wonderful woman who loved her family more than anything. Brandon & I feel so blessed that we had so many amazing years with her in our lives that we will have lots of stories to tell our girls about her. We miss her every day, and even more while we were in Iowa without her there. 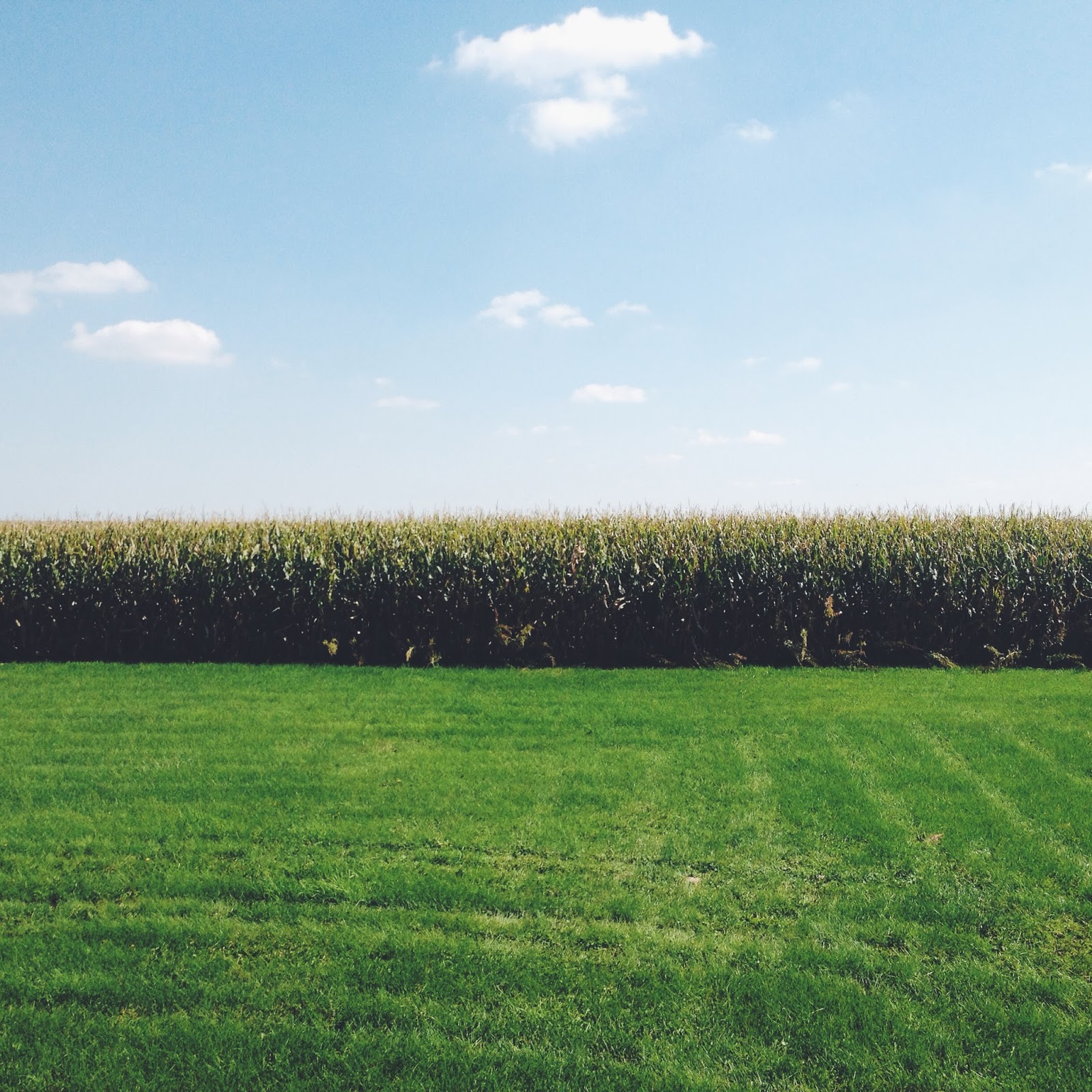 We have tons of unpacking to do & some energetic girls who are happy to not be in a car, plane, train or bus. Can’t wait to share more pictures & stories from our trip tomorrow.
Happy first day of Fall!!!! 🙂
1
Easy Like Monday Morning
Iowa Trip Part Two: Apple Picking & the Farm 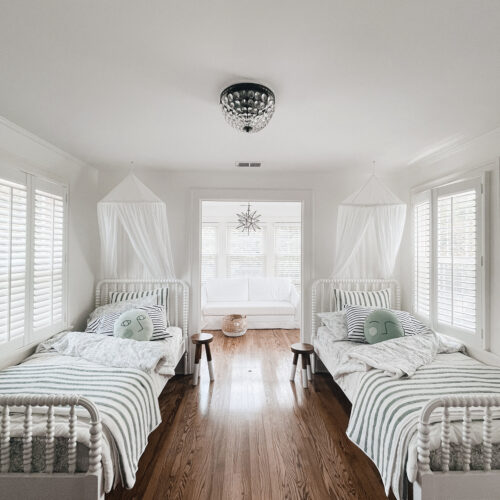 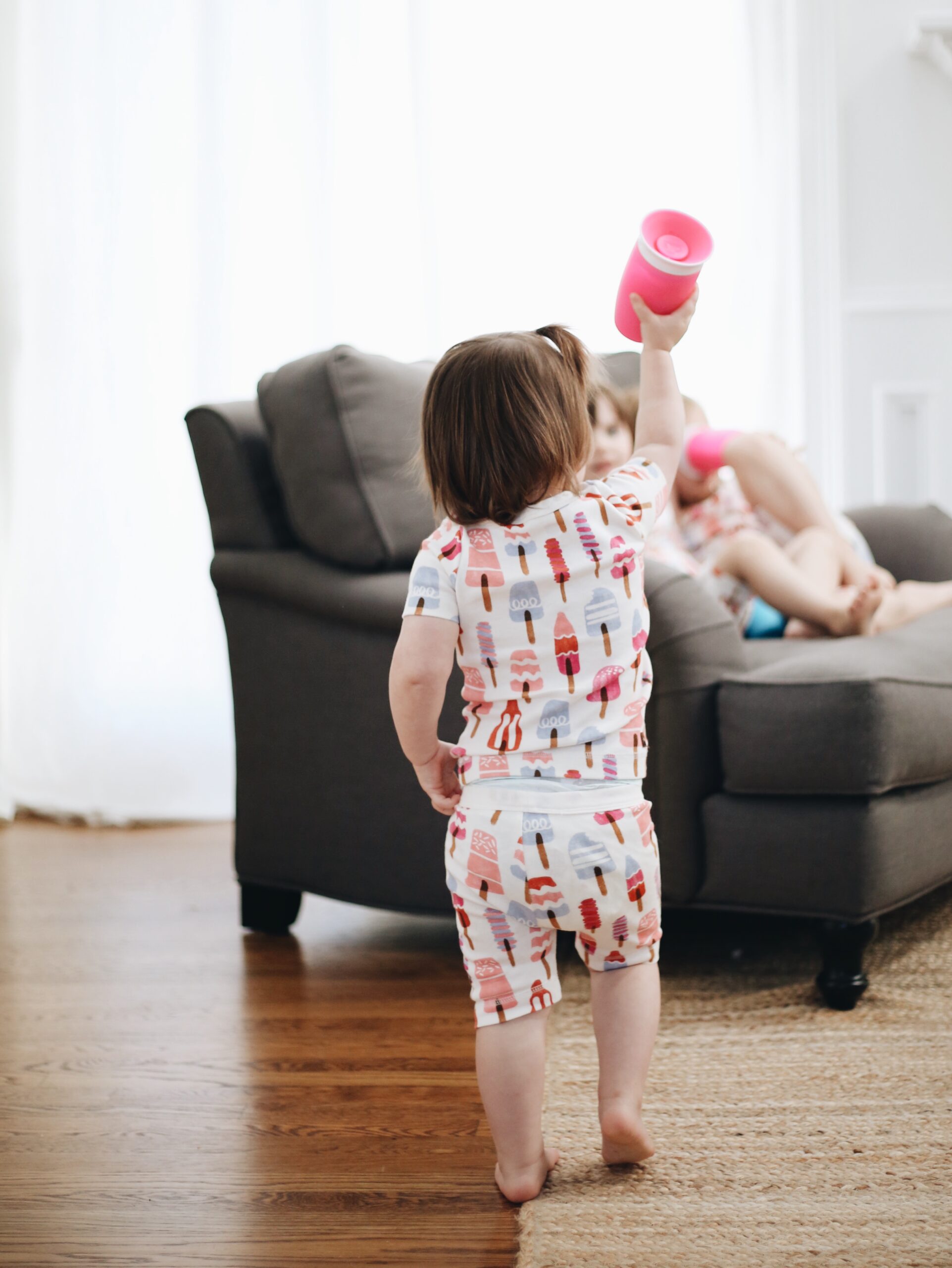