Meet Jovie, our elf on the shelf. She was a day late to the game, so she may have lost her street cred, but Harper thought she was pretty cool. Especially since she had earrings. I debated whether or not it was too soon, and while I don’t think Harper quite understands the whole “reporting back to Santa” thing, she loves the movie Elf right now so we thought this would just be fun for her. This girl has a real appreciation for silly things, so she was giggling her way to the table when she came downstairs to find her little North Pole breakfast, including mini pancakes, white powdered donuts & best of all, a miniature Christmas tree that she could put in her room! 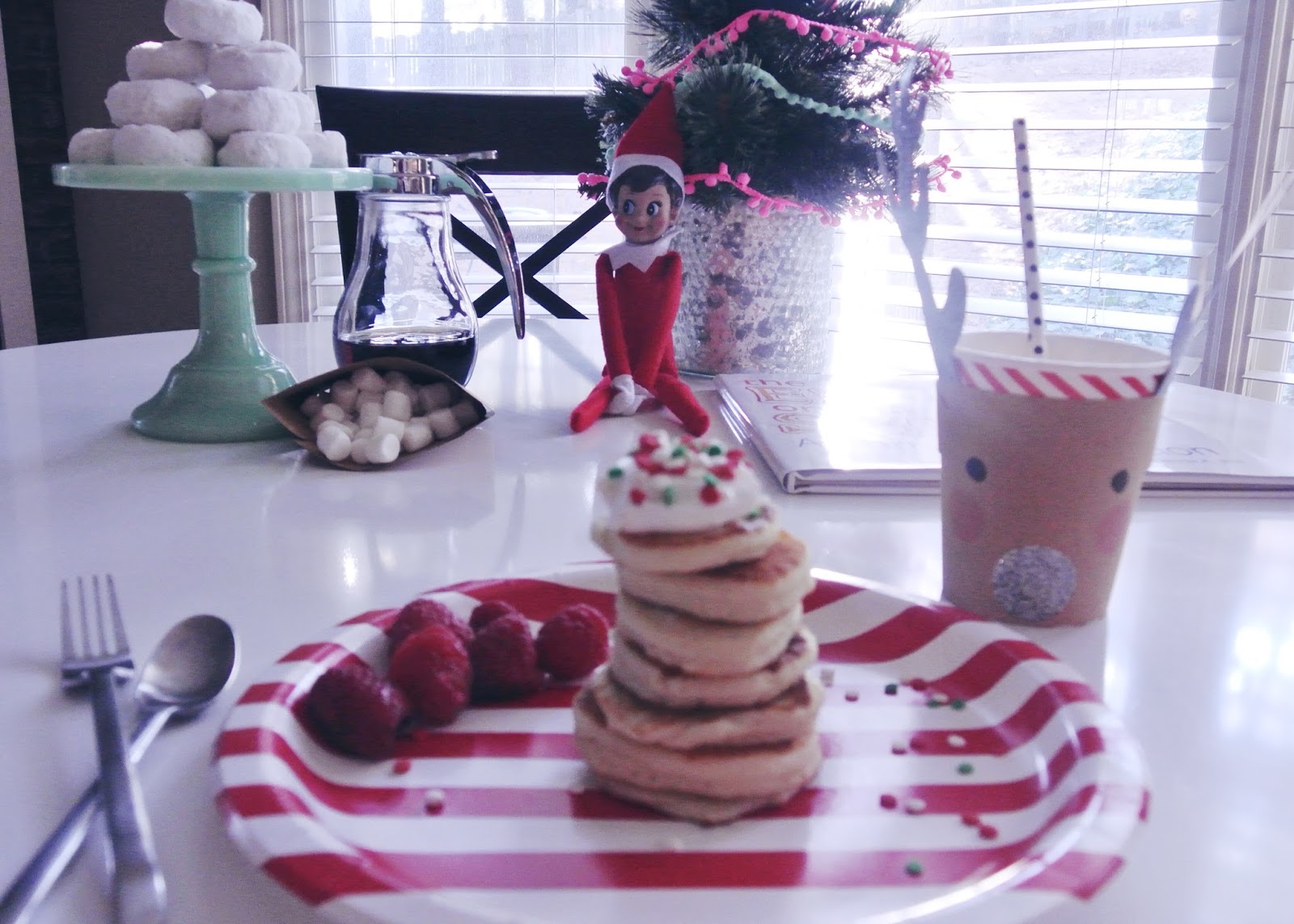 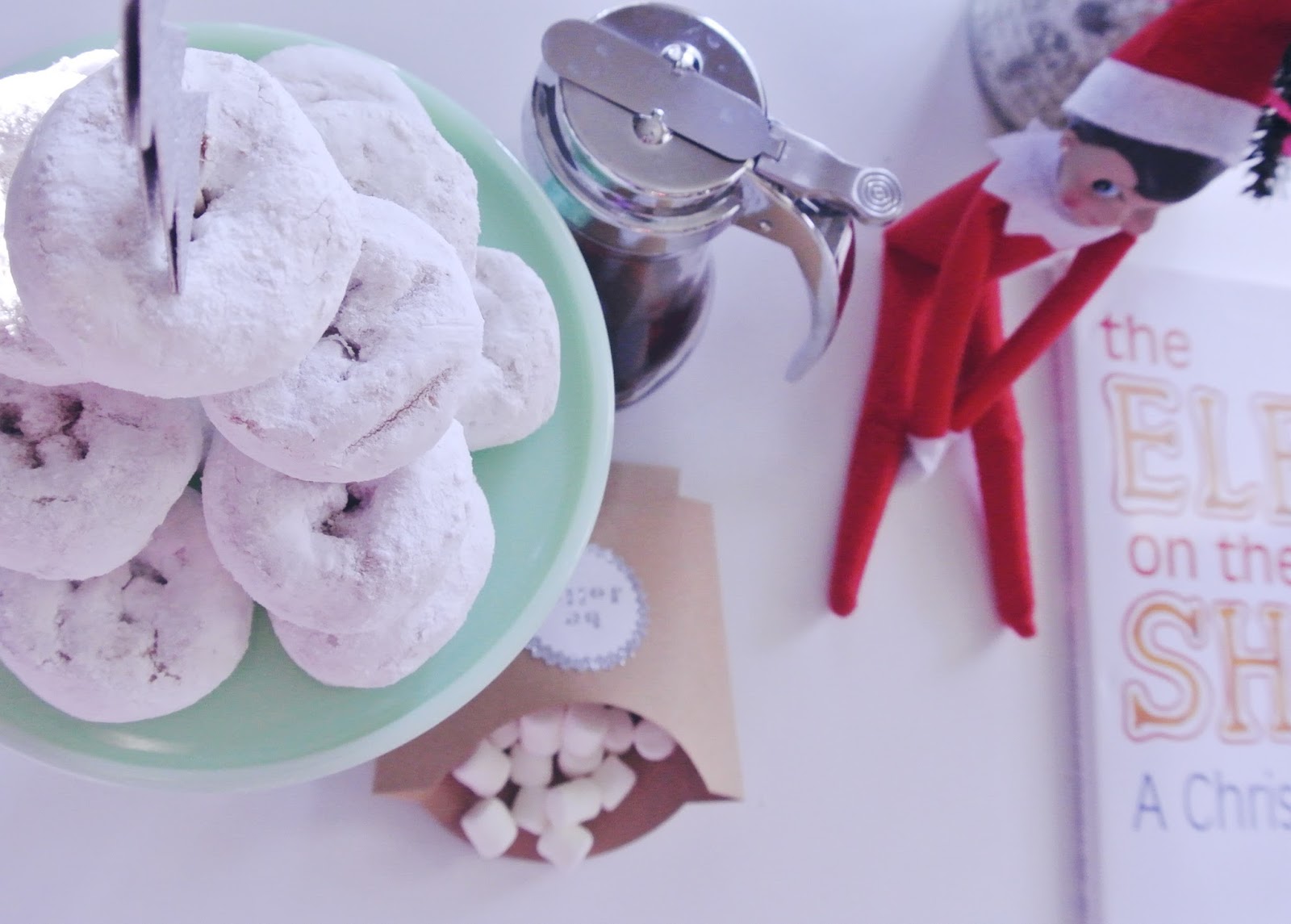 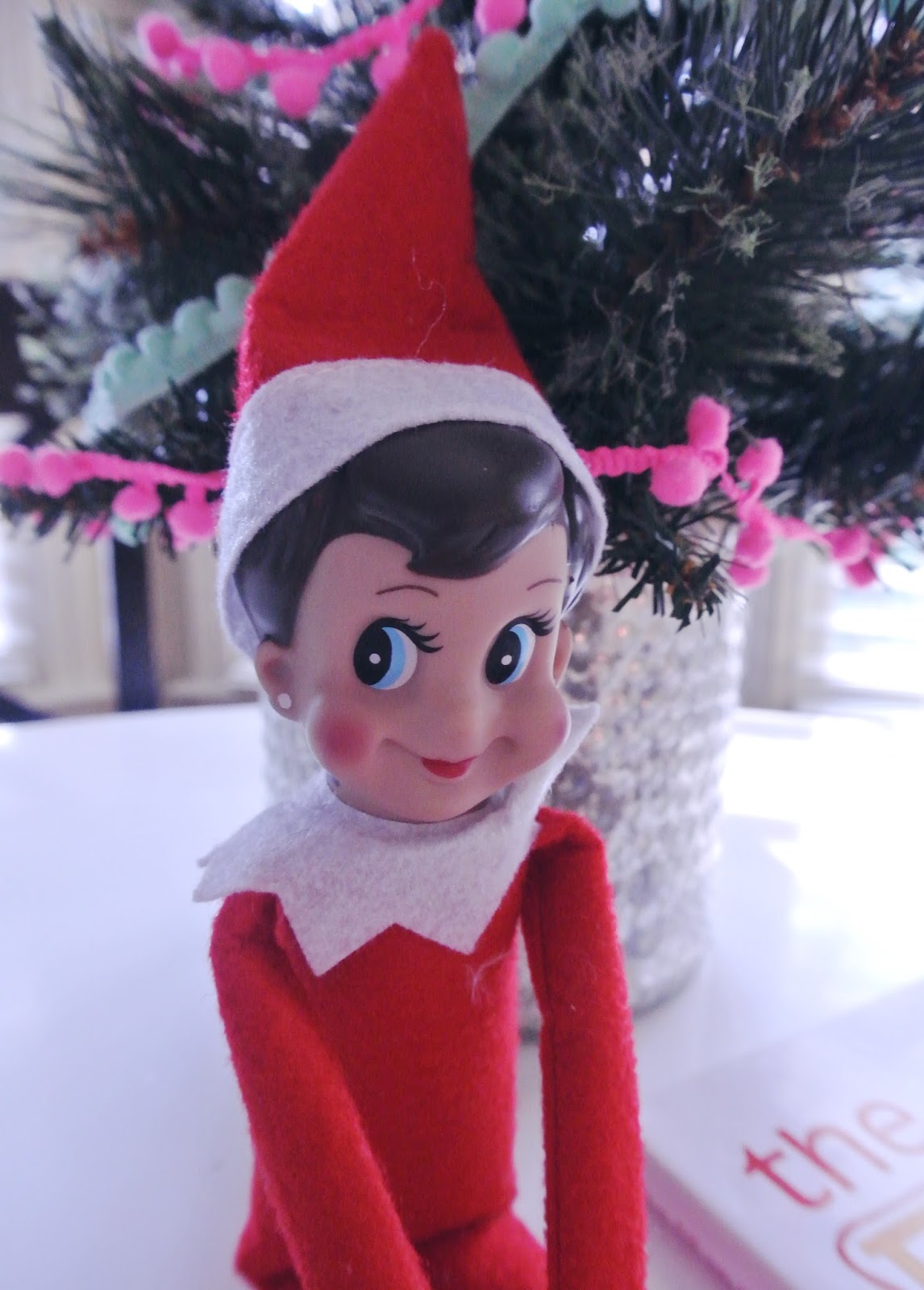 I read her the book (in case you have no idea what I’m talking about, you can find it here

) & tried explaining how the elf works. She was loving it! I told her the elf was magic, “magic like Olaf?!” Of course. Originally I was going to name the elf Polar, since Harper has a strange obsession with polar bears right now, but when I asked her what we should name her, she picked Jovie right away. Much better than her mermaid she wanted to name Mabel, which she then started calling Navel, and eventually got lazy & now calls her Neighbor.
Eloise joined in on the fun too by eating her very first pancake!! 😉 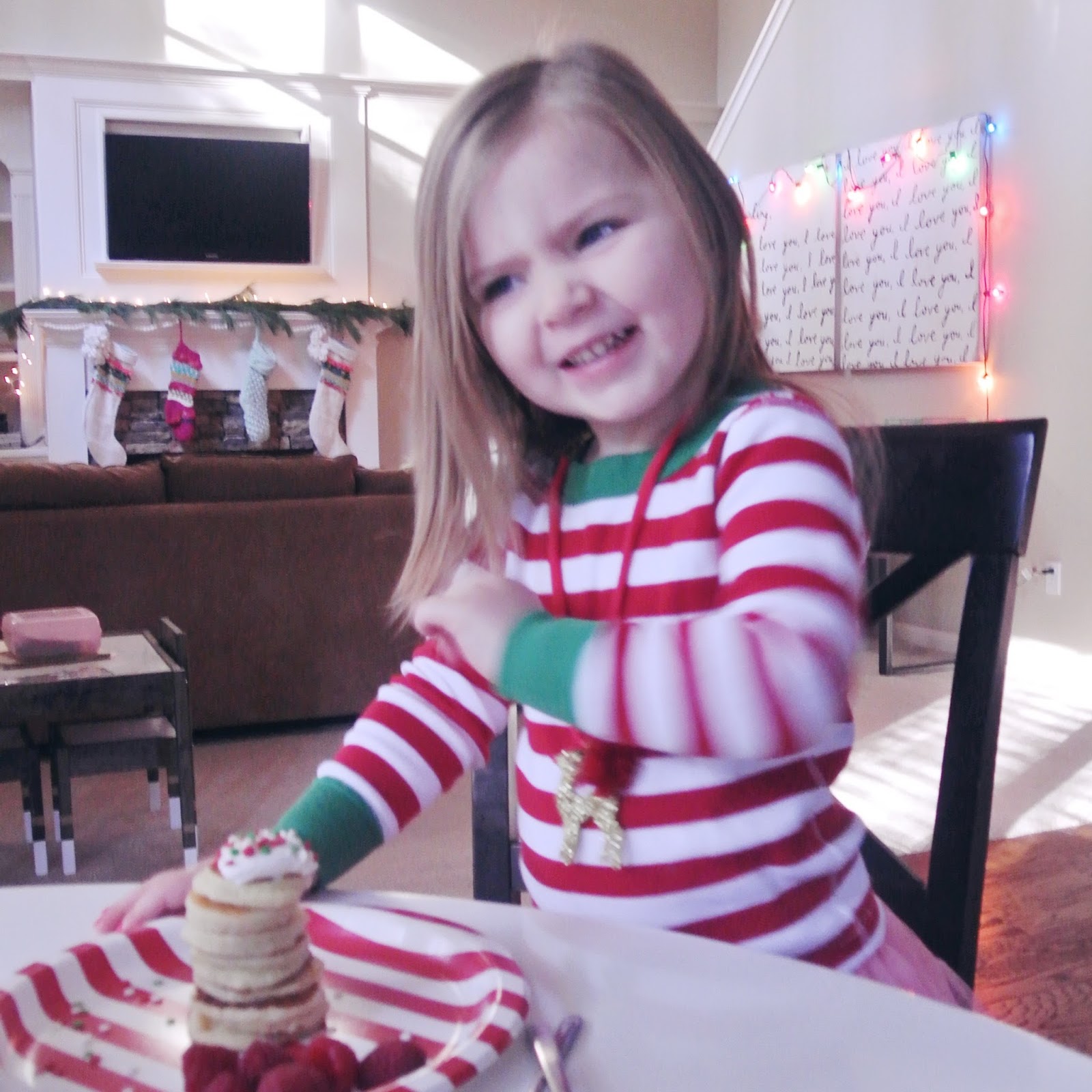 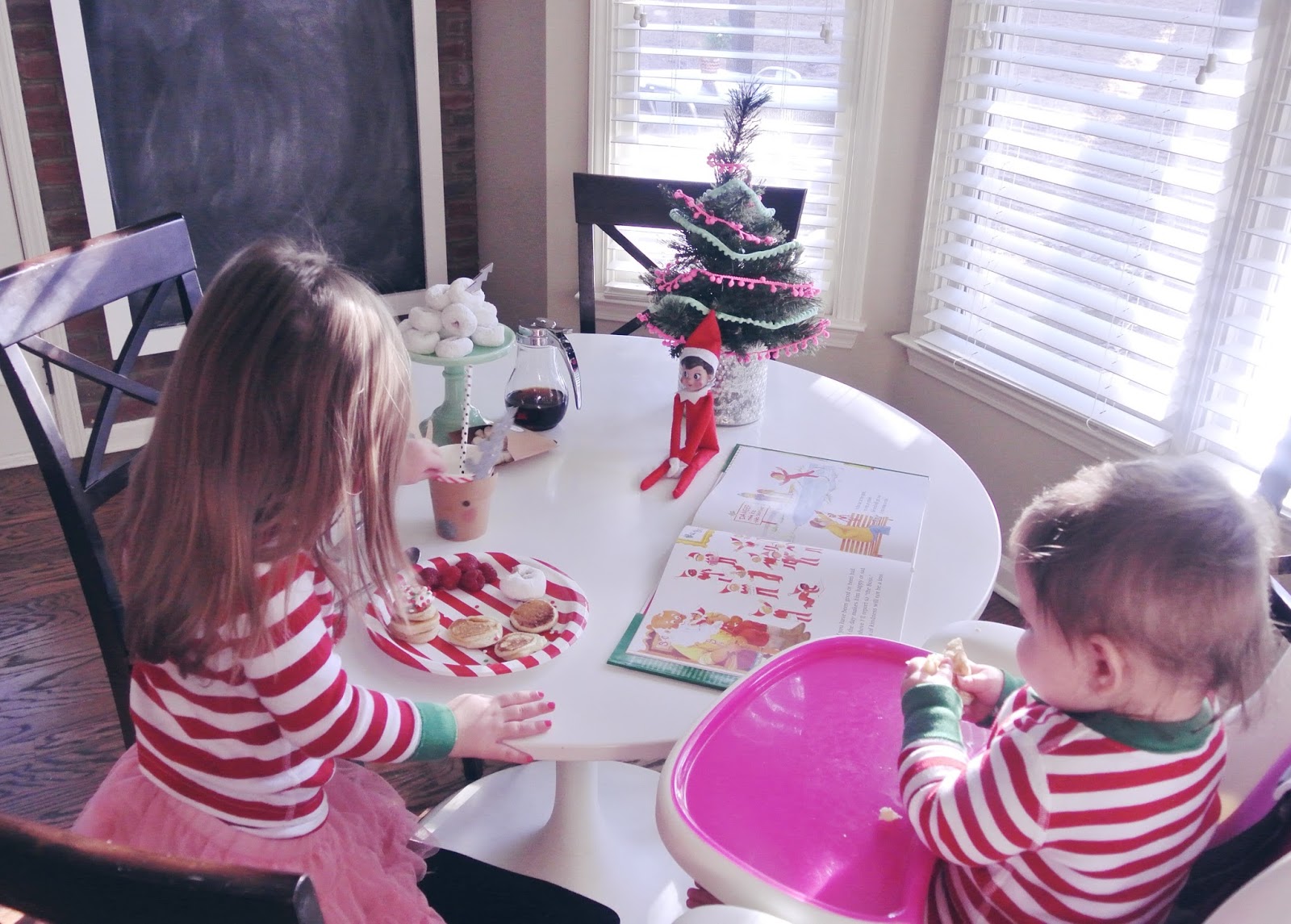 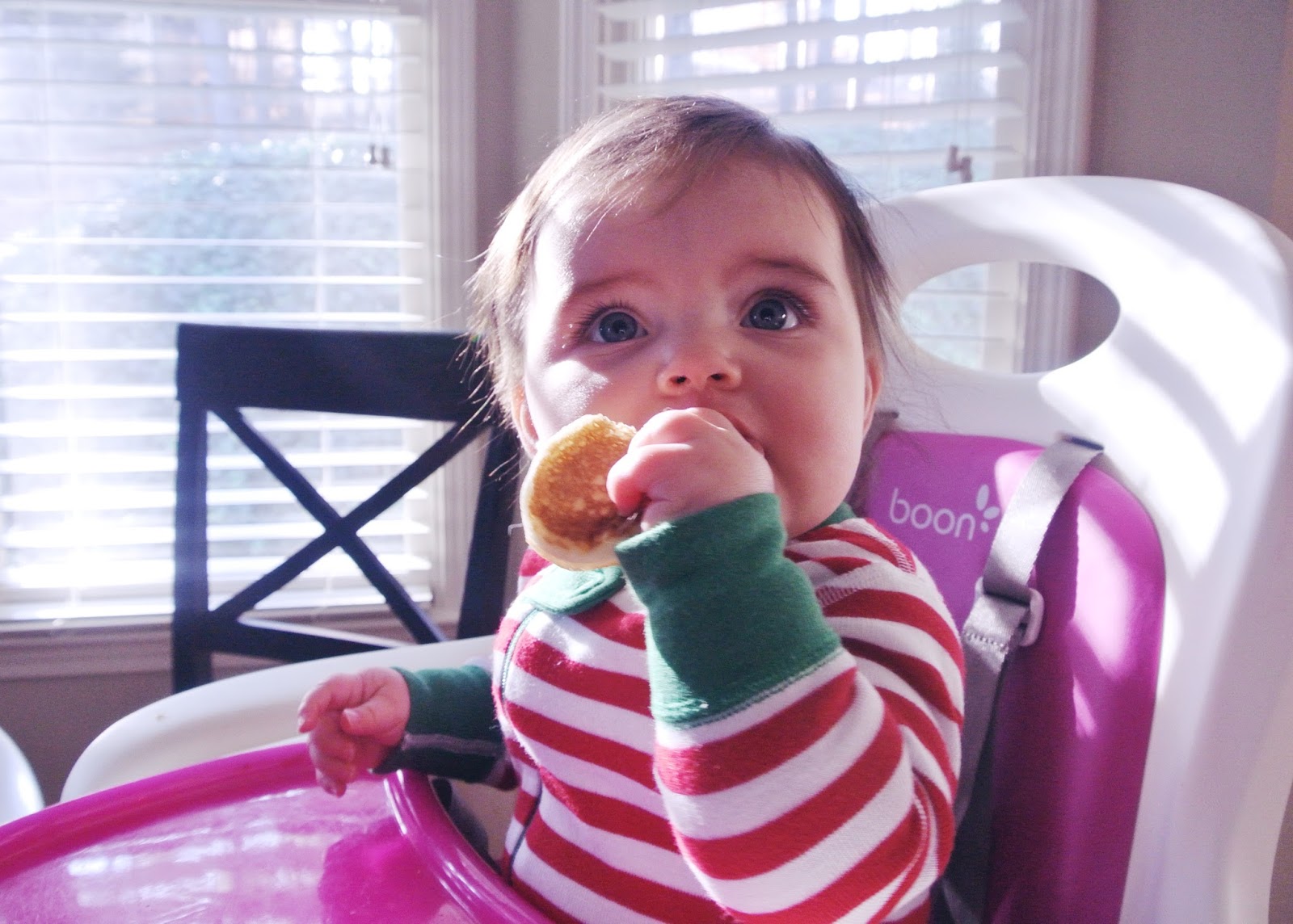 I think we will wait another year or two for all of the real overnight Elf fun, although I’m sure she’ll get a good chandelier swing or two before the month is over. But for now, we found a good little spot for her that Harper can’t reach but she can always be watching! Poke sissy in the eye if you must, but I hear that little elf is a tattletale. 😉
4
Thanksgiving 2014
Friday Favorites For the Easter Basket Making the Most of Fall
Christmas Baking: Sugar Cookies