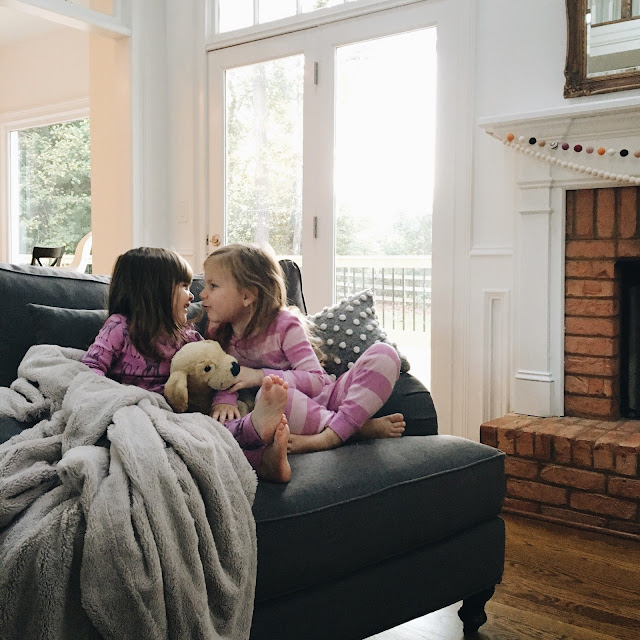 Everyone is in bed here, early bedtimes were in order & I am sitting back thinking about how this ones one of those days where we did not thrive, but merely survived.
This morning, I took all three girls to the doctor for their flu shots, as well as Claire’s fifteen month well visit. I promised the older girls a piece of gum when we were finished if they would cooperate and not try to crawl on the floor while I was talking to the doctor. Brandon made these appointments a few weeks ago for 8:00 am, assuming he could go with me and then head into work after, but as calendars tend to fill up, he was scheduled to be somewhere else this morning which left me solo for the dreaded task. I really don’t mind taking the kids places by myself, in fact I would rather do it than stay home, but I really dread large parks, the post office & the doctors office most.
I really hoped they could get the flu-mist, but turns out that isn’t actually effective, so a round of shots for all the kids, and two extra for poor Claire as part of her immunizations. I made the mistake of letting Harper go first, bless her for wanting to be brave, but she might also be the most dramatic little thing on the planet. It was tears, and wailing, and every emotion of pain and sadness you could ever imagine, all while screaming “Don’t do it to Ellie!” I mean, it was heartbreaking. I was holding Claire, while also trying to help keep Harper still, and Eloise was literally trying to climb me in fear of the nurse grabbing her next. As I laid Claire down on the table, all three kids are screaming bloody murder at this point, and a nurse opens the door and asks me if I can come sign paperwork real quick before they can administer my flu shot. No, no I cannot.
Claire got her three shots quickly, and knowing it was going to take both of my arms and at least one of my legs to help hold Eloise down, I put Claire back in the stroller so she & Harper cried in sync in the corner. Eloise screamed and screamed, until they actually pricked her with the needle & she realized it was over. The sweet nurse handed out stickers, and then tucked out the door quickly (probably to go get her hearing checked after my kids made her ears bleed).
I walked out of the office carrying both a sobbing four year old & two year old, while pushing a screaming one year old in a stroller, and feeling like maybe I should have also gotten a sticker for bravery.
Everyone was pretty darn grumpy the rest of the day, I had a babysitter for a bit to run some errands and decided to immediately skip errands and get a coffee and a pedicure instead. I got a little ambitious during naptime & decided to start painting the nightstands in our bedroom, immediately regretted it & double regretted it when I came in tonight and saw that the kids set their empty milk cups on one that was freshly painted. Yet somehow, everyone went to bed giggling and talking about what flavors they wished their toothpaste was, pancakes won of course.
All of this to say, motherhood is quite a gig. And I am so thankful for the reset button that comes with each new day.
13
Five Fall Favorites
Friday Favorites 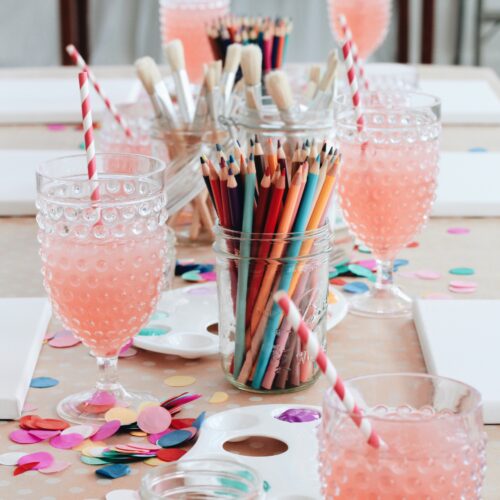