Oh yes, more birthday goodness. Since Harper’s birthday was Friday but the actual party wasn’t until Saturday, I wanted her to still have a birthday “cake” but didn’t want to give her the smash cake quite yet. So I opted for DONUTS! 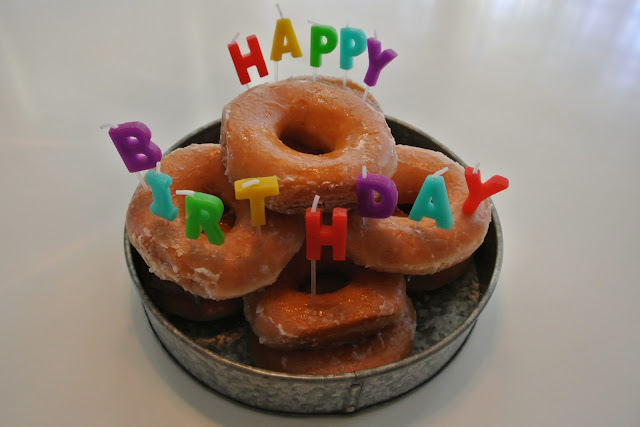 I initially had planned on attempting to build more of a donut cake, but amidst too much baking & lots of cooks in the kitchen, we ended up with this festive little display instead. 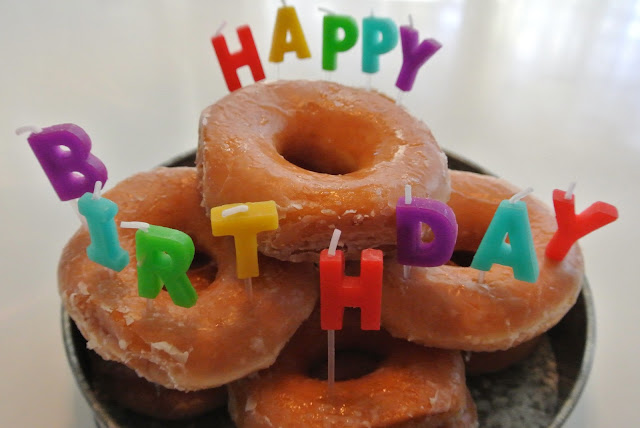 We also wanted a practice round of the happy birthday singing so we would prep her for the party, in attempt to avoid this face. 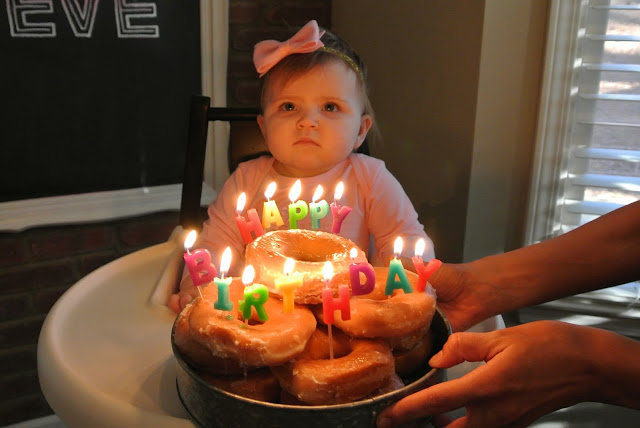 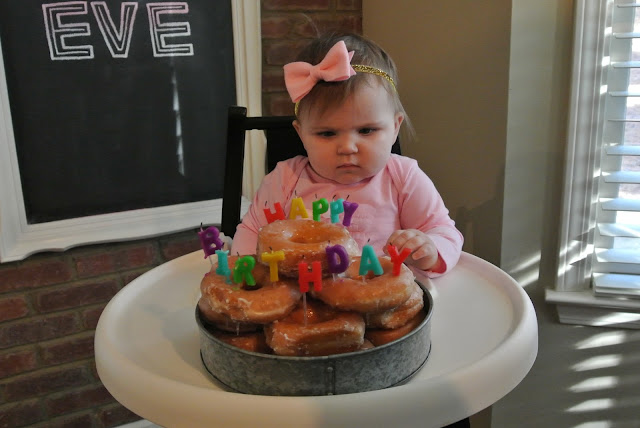 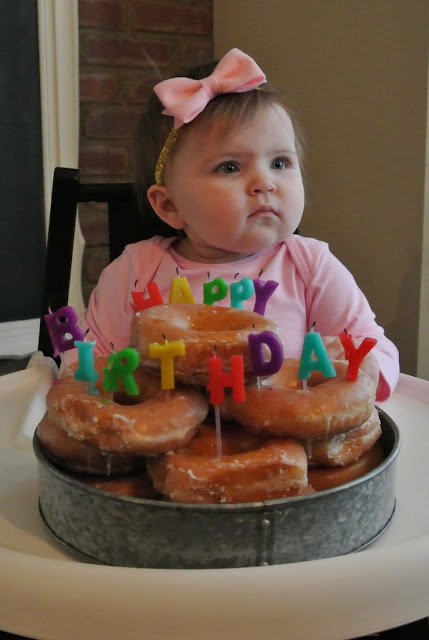 …homegirl picked it up & went to town as if she had eaten them every day of her life. 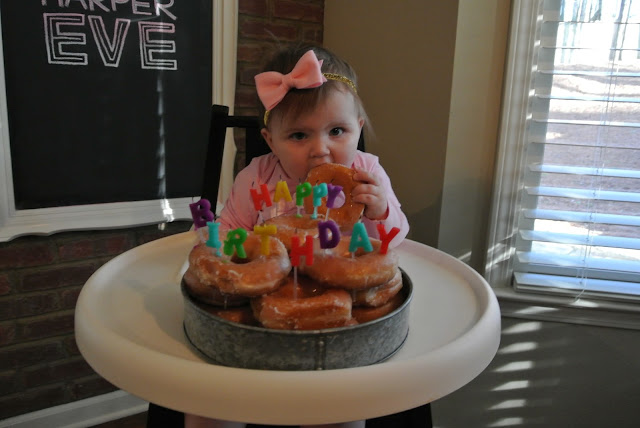 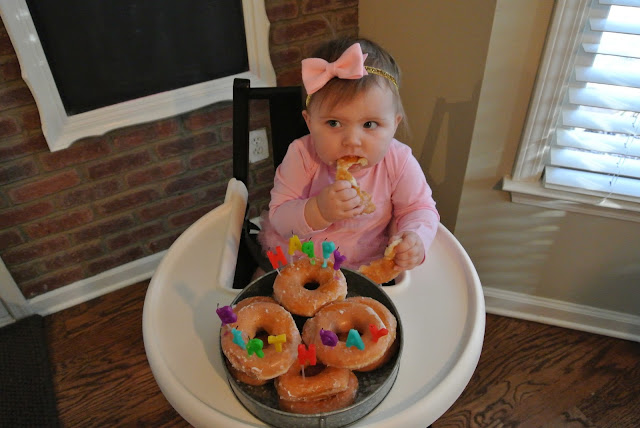 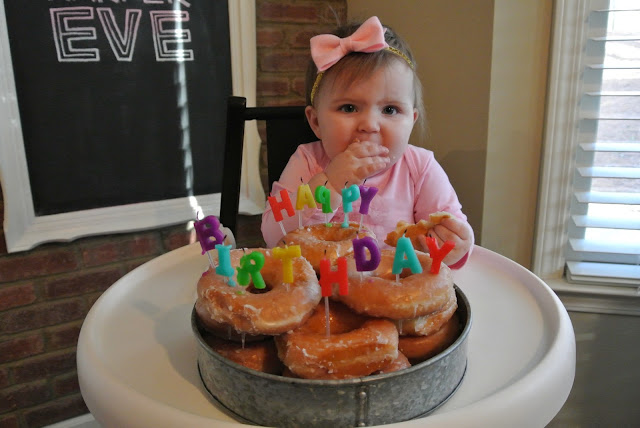 I’m not entirely sure that she took a single breath while eating, in fear that someone may take it away if they realized that she was polishing off half a krispy kreme. 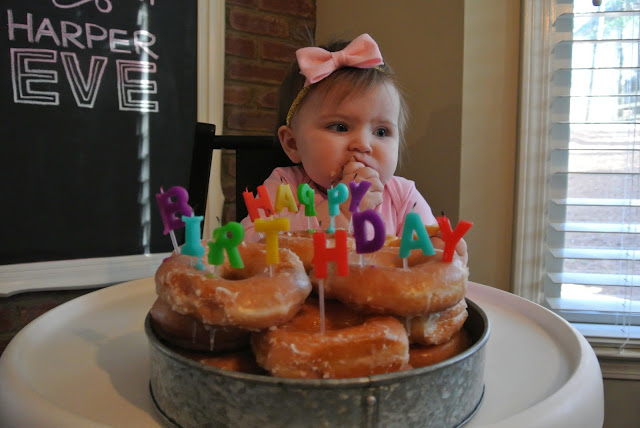 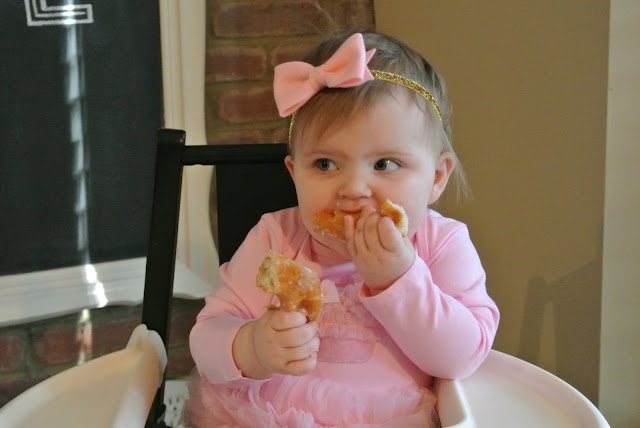 Harper has been one for almost a week already & we are absolutely certain that these have been the best days of her life! 🙂 Thanks again to all of our friends and family for coming to her birthday, to everyone who sent cards & texts AND to all of you, for all of the incredibly sweet comments & birthday wishes!
Harper would like to eat a donut for each & every one of you… as a thank you of course! 🙂