Hard to believe October is already halfway over. We have had so much fun this month (minus all the sick days!) & have lots of good stuff planned for the second half, including pumpkin painting, a chili cookoff & our annual Halloween brunch this weekend!

In early October, we picked up tons of pumpkins from our church to put around the house, spent some time downtown & found a very tasty new lunch spot, Mac the Cheese truck! 🙂 The weather has been beautiful, windows open every day & crunchy leaves falling everywhere. I really love Georgia this time of year! 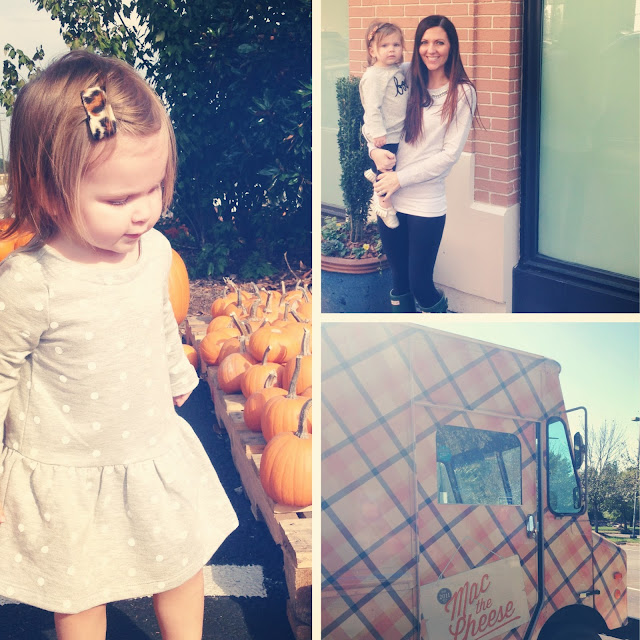 Harper has been practicing her trick-or-treating with her new pumpkin bucket we got from the grocery store. She went bonkers when she spotted it, I don’t think she could decide if it was a real pumpkin or a balloon. Her favorite thing to do is to fill it with leaves in the backyard (and then get pissed when I won’t let her bring them all in the house). 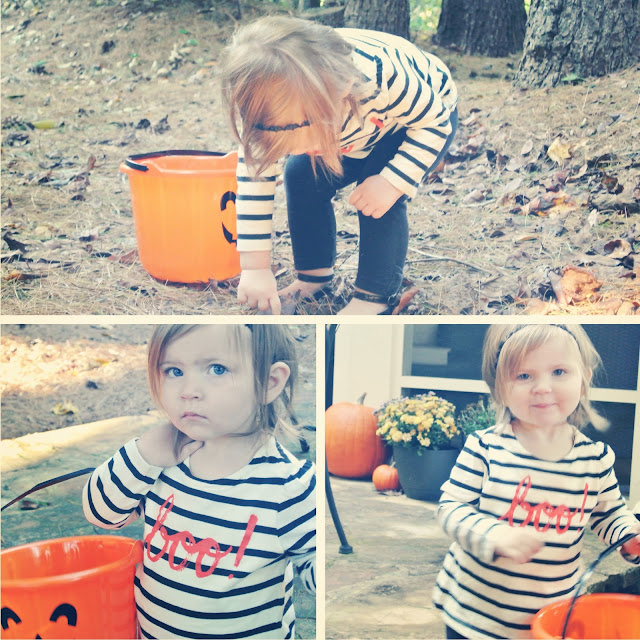 Boo Onesie | Bat Headband
Last weekend we made our way to the pumpkin patch & petting zoo, where we went on a hayrack ride, picked some pumpkins for carving, went through an entire bottle of hand sanitizer & got some tasty treats from the farm store. Harper was in pumpkin heaven! 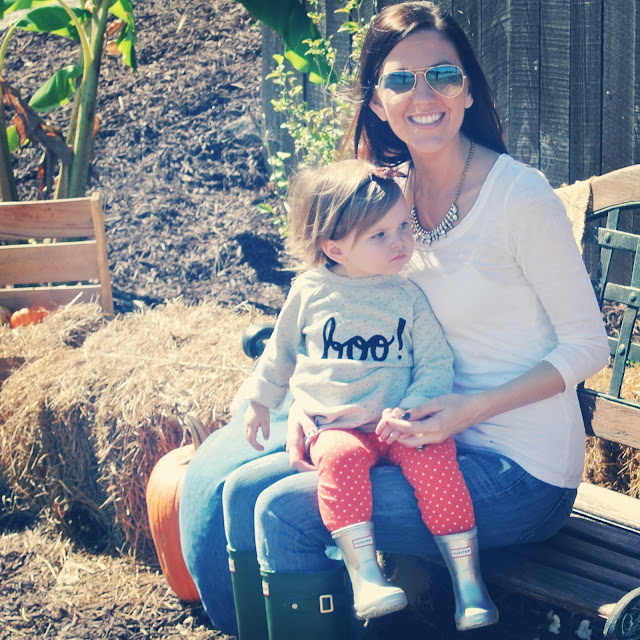 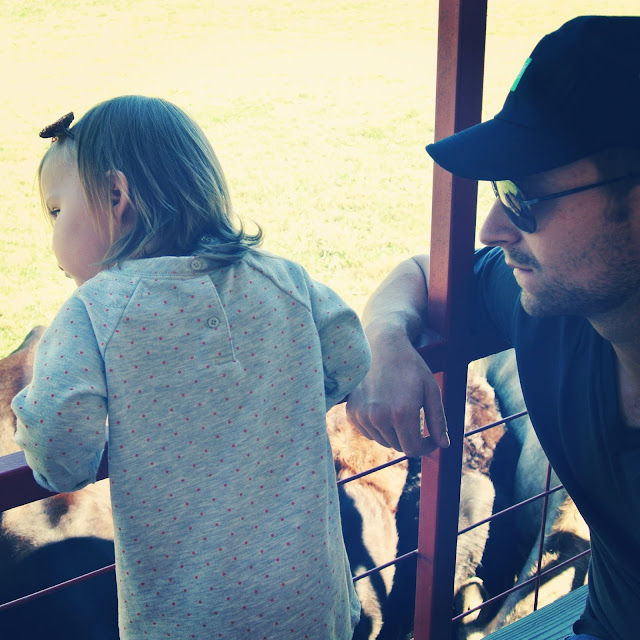 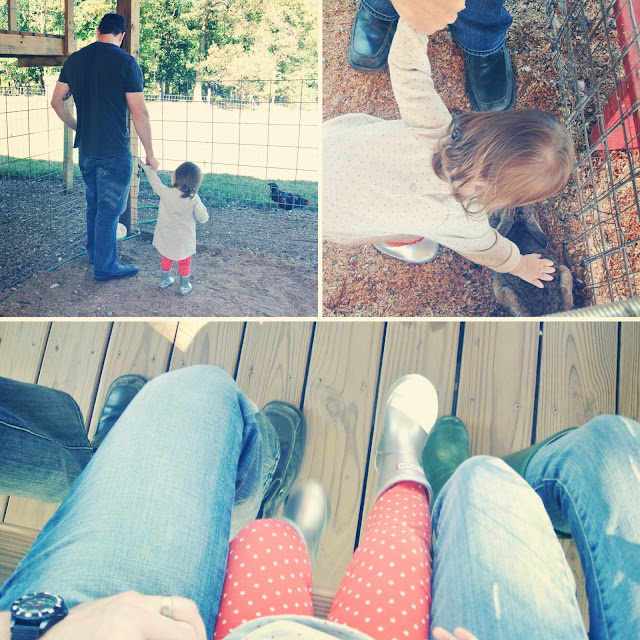 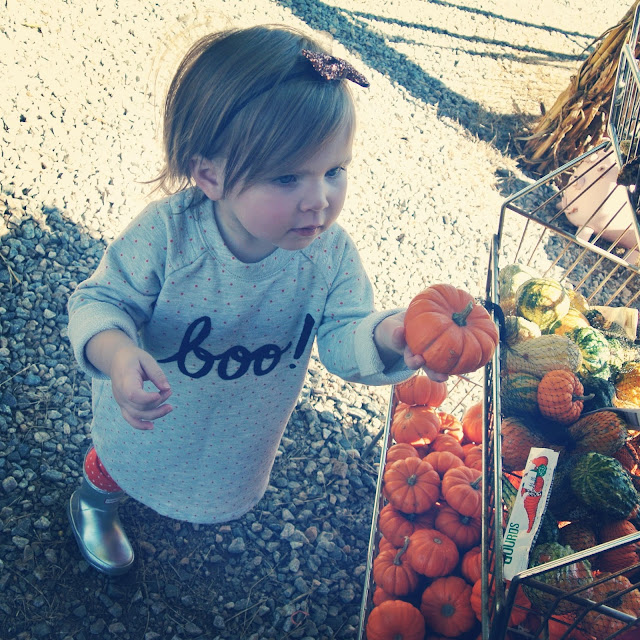 Boo Sweatshirt Dress | Glitter Headband
We celebrated our 5th wedding anniversary with two nights out in one week! We went to the FUN. concert at one of our favorite venues in Atlanta, it was amazing! Then over the weekend we went out to for dinner & drinks (dessert for me!). 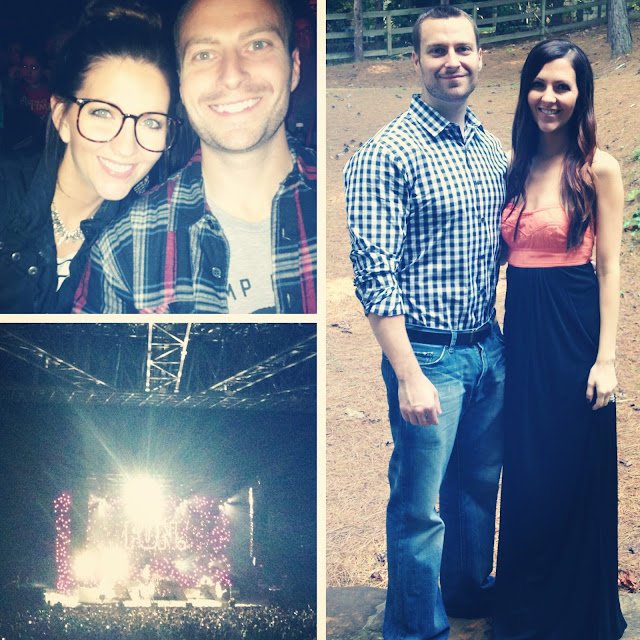 We made this homemade tomato soup with sourdough grilled cheese for Soup Sunday, one of my favorites so far!
And we officially have some Halloween decor in the house… including some bat paper garlands, lots of pumpkins & a paper-mâché skeleton luminary that Harper hasn’t been able to break. Win! 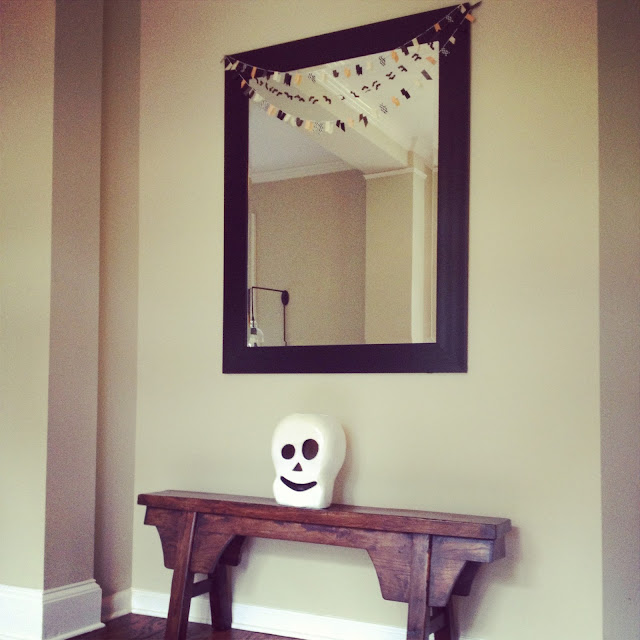 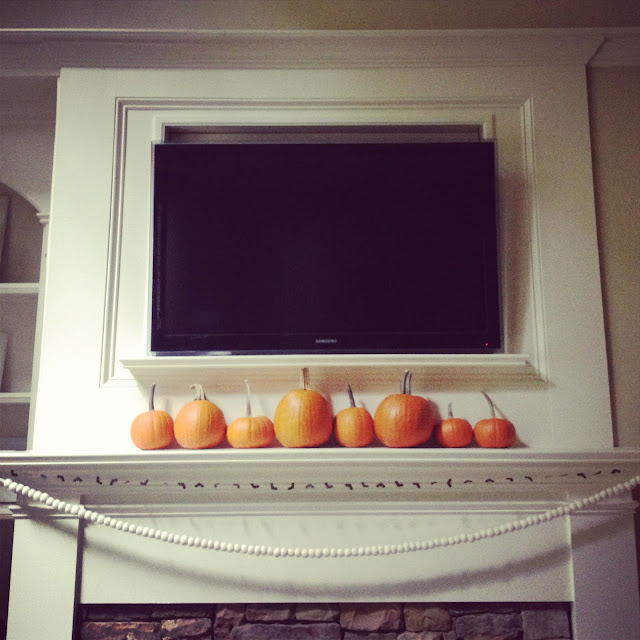 Hope you all have been having an amazing October so far!! I won’t lie, I am already getting very excited for Thanksgiving & Christmas. Not sure if I am more excited for the food, the festivities or the decorations!
This really is the most wonderful time of the year!!! 🙂
3
12 Weeks
Brandon’s Bomb Chili 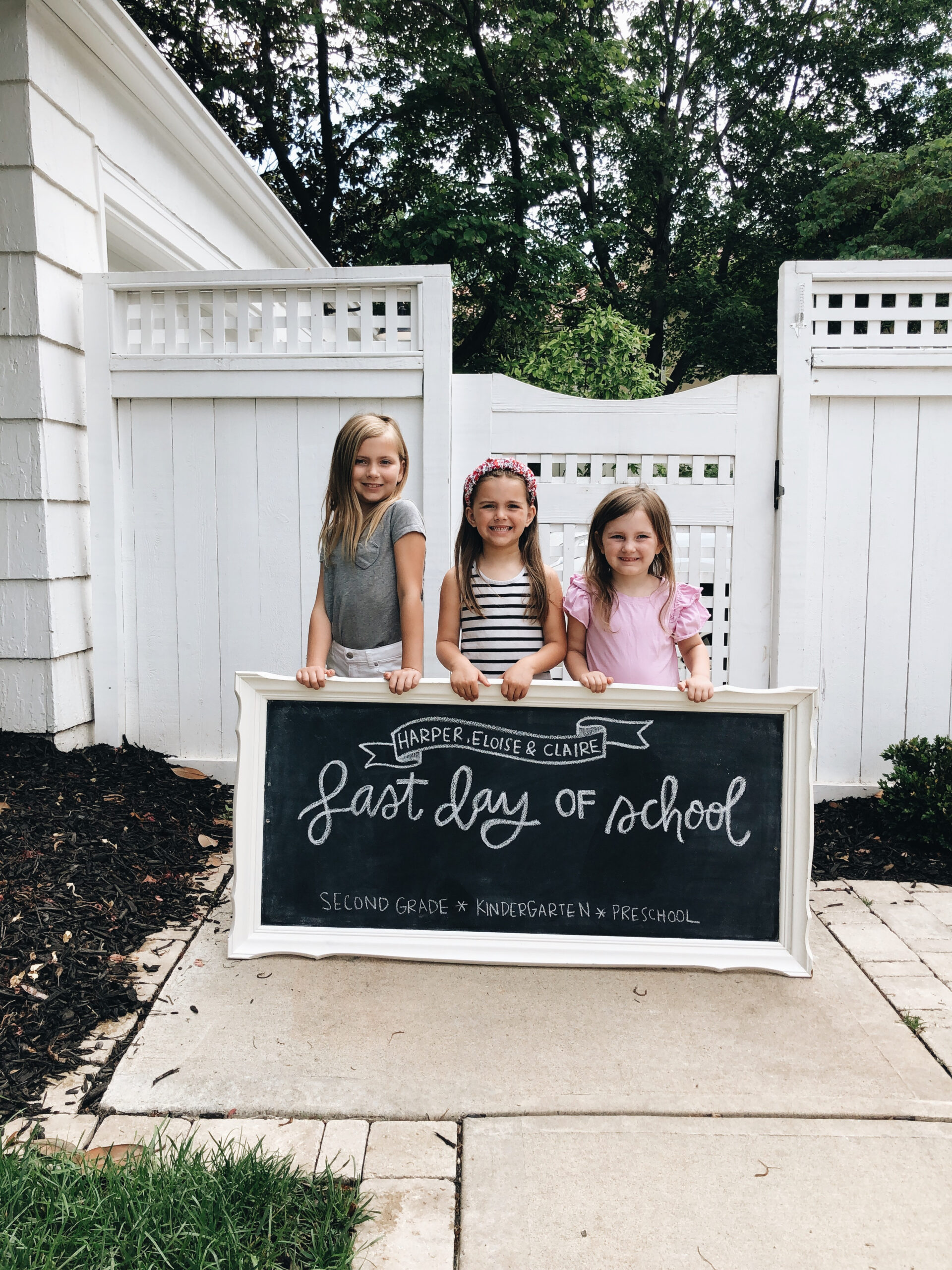 School’s Out For Summer
Fourth of July Festiveness