Ever since Harper was born, even while I was carrying her in my belly, we have really put some effort into watching our language. If you’ve been reading this blog long enough, you’ll know that I tend to let a curse word slip here & there, but I can honestly say that we’ve really turned it around since having kids. Unfortunately, there are always those times where words slip out in conversations with each other when we may not even know that Harper is listening.
Rewind to when we bought this house, it didn’t come with a washer & dryer so we found one on Craigslist. I had dreams of owning a brand new set that is quiet & efficient, but at the time we had lots of other new home expenses on our plate, so we got a used set. It was an older, mismatched set that we bought, but it worked just fine, all except for the spin cycle on the washer. When the spin cycle came around, the washer would shake violently & attempt to shimmy it’s way straight out of the laundry room. The sound could easily be mistaken for a helicopter landing on our roof. We dealt with it though, we just knew we couldn’t run the washer while Harper was napping, but started to consider finally buying a new set because with the new baby coming, we knew naps & laundry were both going to be more frequent.
Then, a few weeks ago, my brother’s friend who was moving out of state mentioned to him that she was in a bind, she needed to sell her new washer & dryer set because she couldn’t take them with her. He let us know & we thought it would be a good idea, so we listed our set on Craigslist, with an obvious disclaimer about the spin cycle issue. We actually ended up giving our set away to the gentleman who came to look at it, their set broke just days before Christmas & they also had a baby on the way, so it seemed like the right thing to do knowing they were going to hate it during nap time too.
Anyway, we got so excited about our new front load washer & dryer, which could wash double the size loads of laundry & had an extra quiet spin cycle. Holla! Until out of nowhere, the dryer started beeping. A loud, high pitched, ear piercing beep goes that off randomly, whether the dryer is running or not. It beeps during the cycle, it beeps if the washer is running & that piece of shit beeps in the middle of the night after it has been turned off for hours waking us straight up out of bed. HOW!?
It is such a nightmare because there is no way to predict when it is going to go off. We’ve done research & found out that all of the dryers of this model do this, it is a malfunction with the control panel (or something like that) which will require us to get a technician to come replace part of it for basically what we paid for it, which at this point, we may as well have bought a brand new washer & dryer! The only way to stop it from beeping is to unplug it, so just go ahead & picture me climbing on top of the dryer, sitting on it backwards & unplugging it with my feet since I can’t get back there any other way because of my belly.
So between the two of us being totally dumbfounded about how this thing operates & constantly talking about why it beeps for no apparent reason all. the. time. Harper must have overheard a conversation or two. Because yesterday, after her nap, walking groggily down the hallway carrying her blanket, she heard the dryer.
Her eyes opened wide, she stopped in her tracks, clenched her fists & yelled “F*CKING BEEP BEEP!!!!”
Parenting at it’s finest, folks. Time to invest in a new dryer, earmuffs for Harper & possibly a little soap for our mouths. 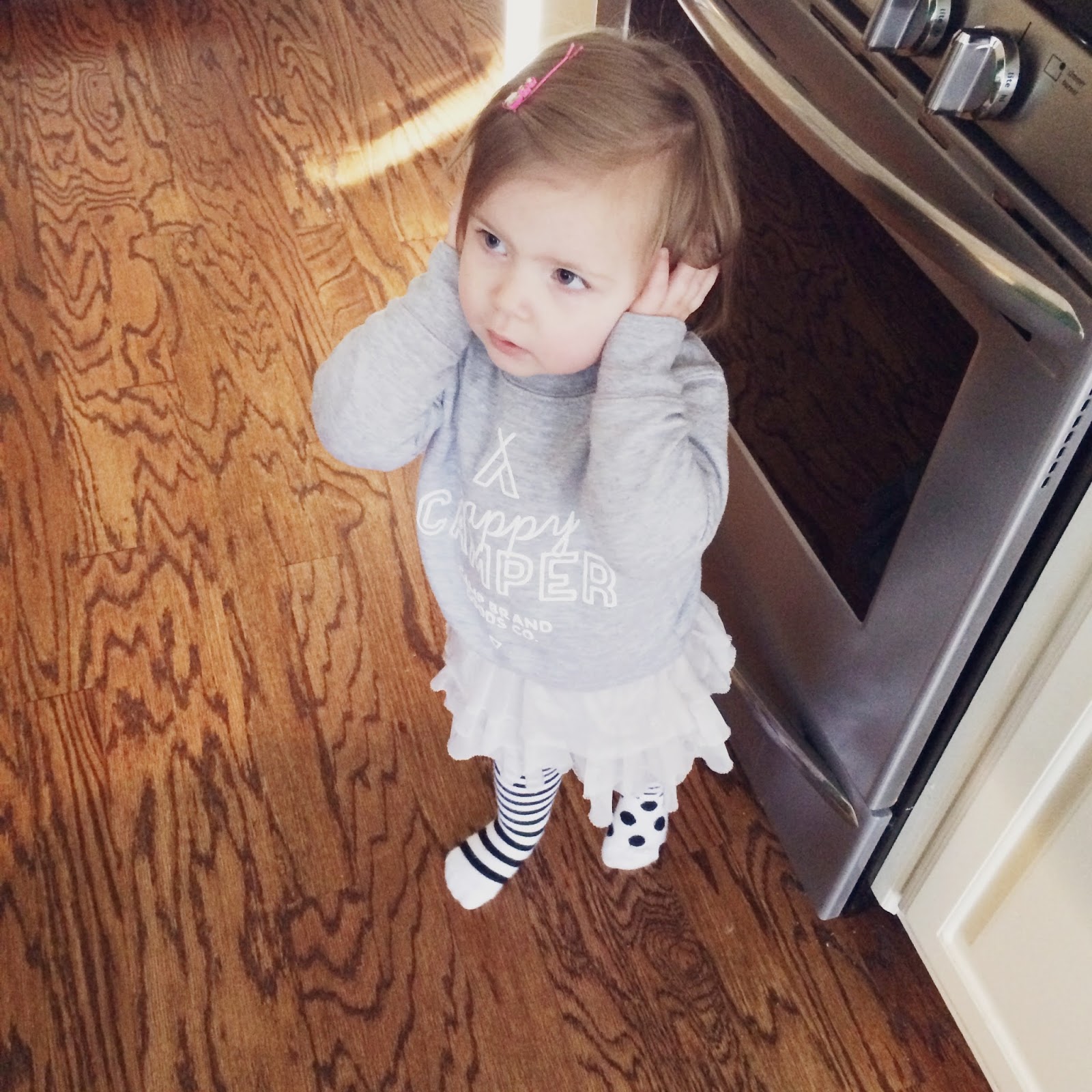 Totally irrelevant picture, this is Harper covering her ears when we use the blender. It just seemed fitting for this post 🙂
3
27 Weeks
Valentine’s Day Love 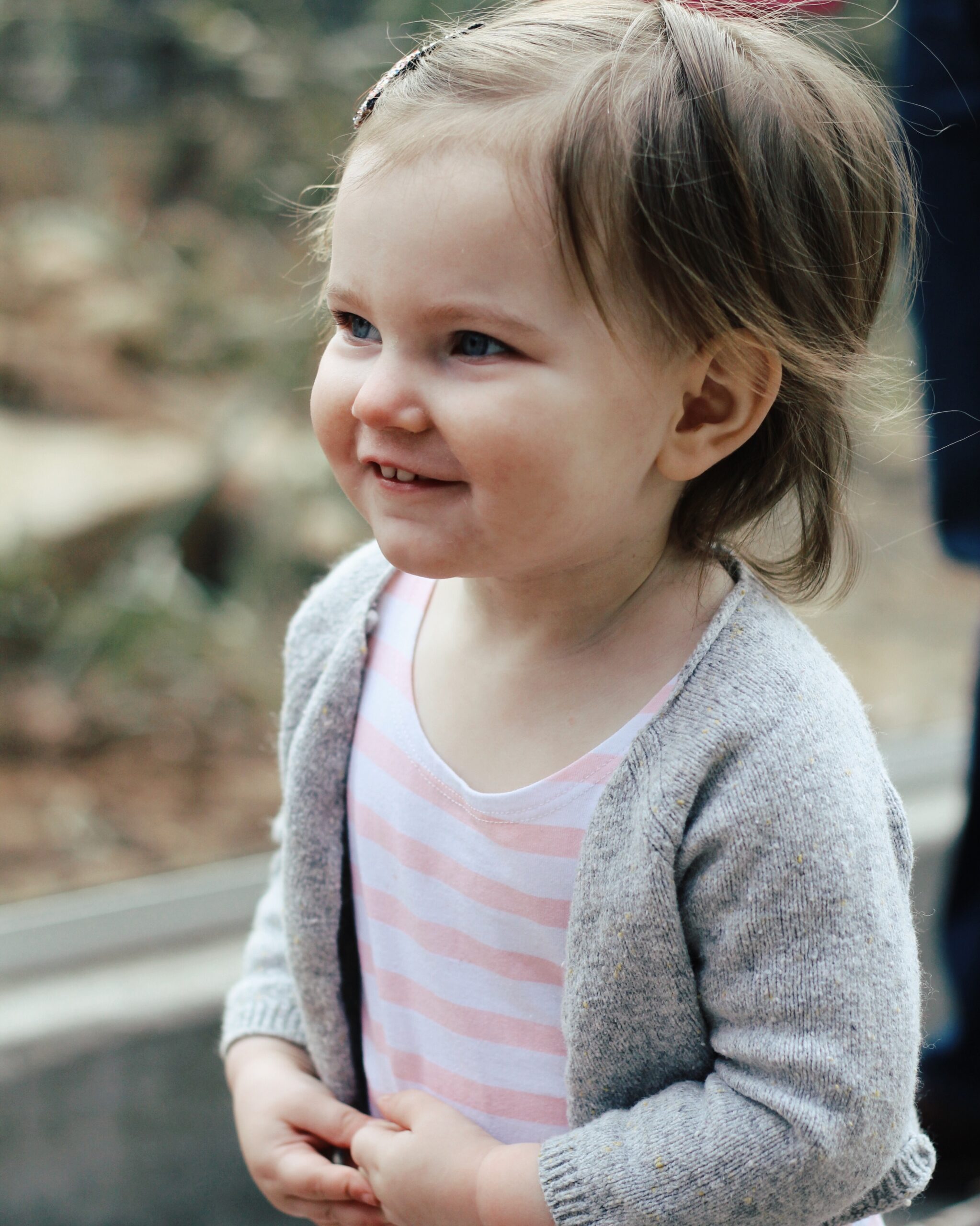 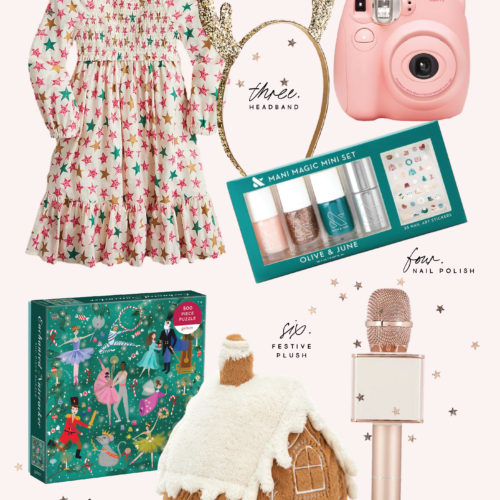 Holiday Gift Guide // For The Girls