The Sunday after Halloween was cold & blustery, pine needles were swirling around in the wind & we were feeling extra lazy. So we kicked back at home in front of our fireplace & made some homemade chicken noodle soup. Soup Sundays have been one of our favorite things for years, although now with two kids, Chipotle Sundays are a little bit more like it. But it was fun spending the whole day cooking on & off. Harper thought she hit the jackpot when she got to stick both of her hands in the flour jar while we made noodles, it was the messiest of messes, but worth it in the end. I also couldn’t stop laughing all day because she calls noodles “doodles”, which is extra cute, but she used to call them “turtles” so I guess we’ve come a long way.
And yes, she’s already wearing her Santa shirt because she is obsessed with Santa & has been asking to wear it nonstop. I promised her once Halloween was over she could wear it as much as she wanted, and girl woke up asking for it first thing in the morning November 1st. She is totally my child. 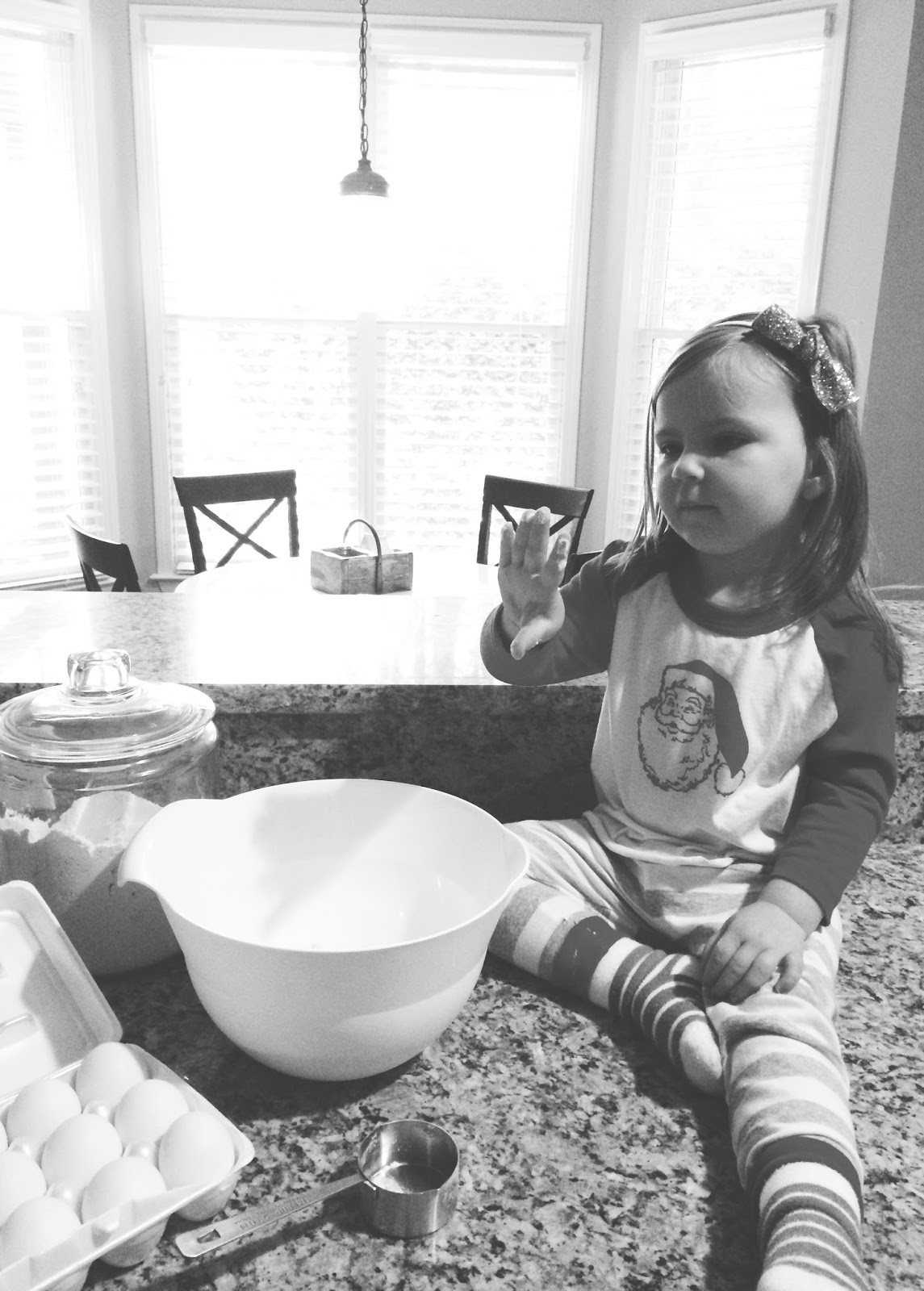 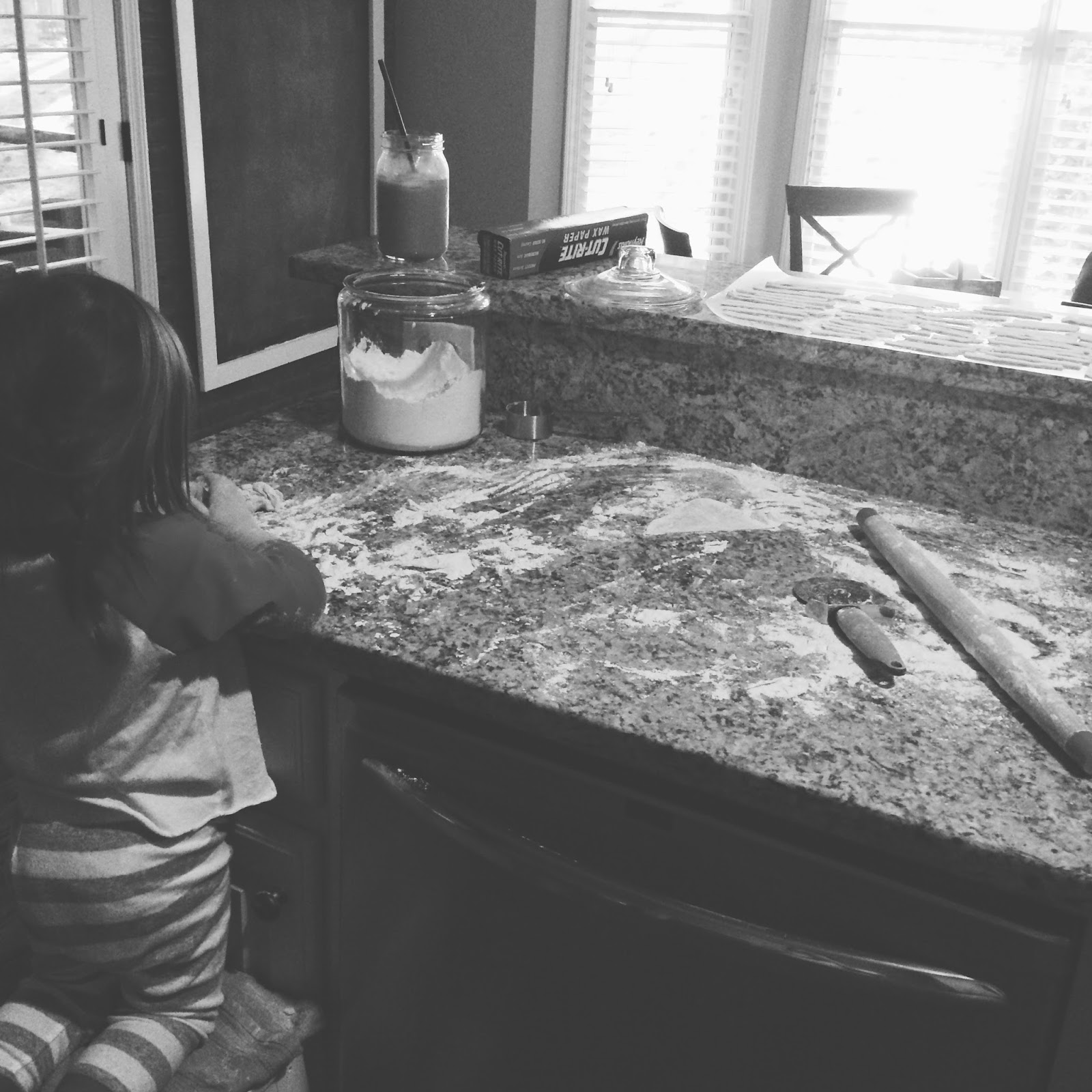 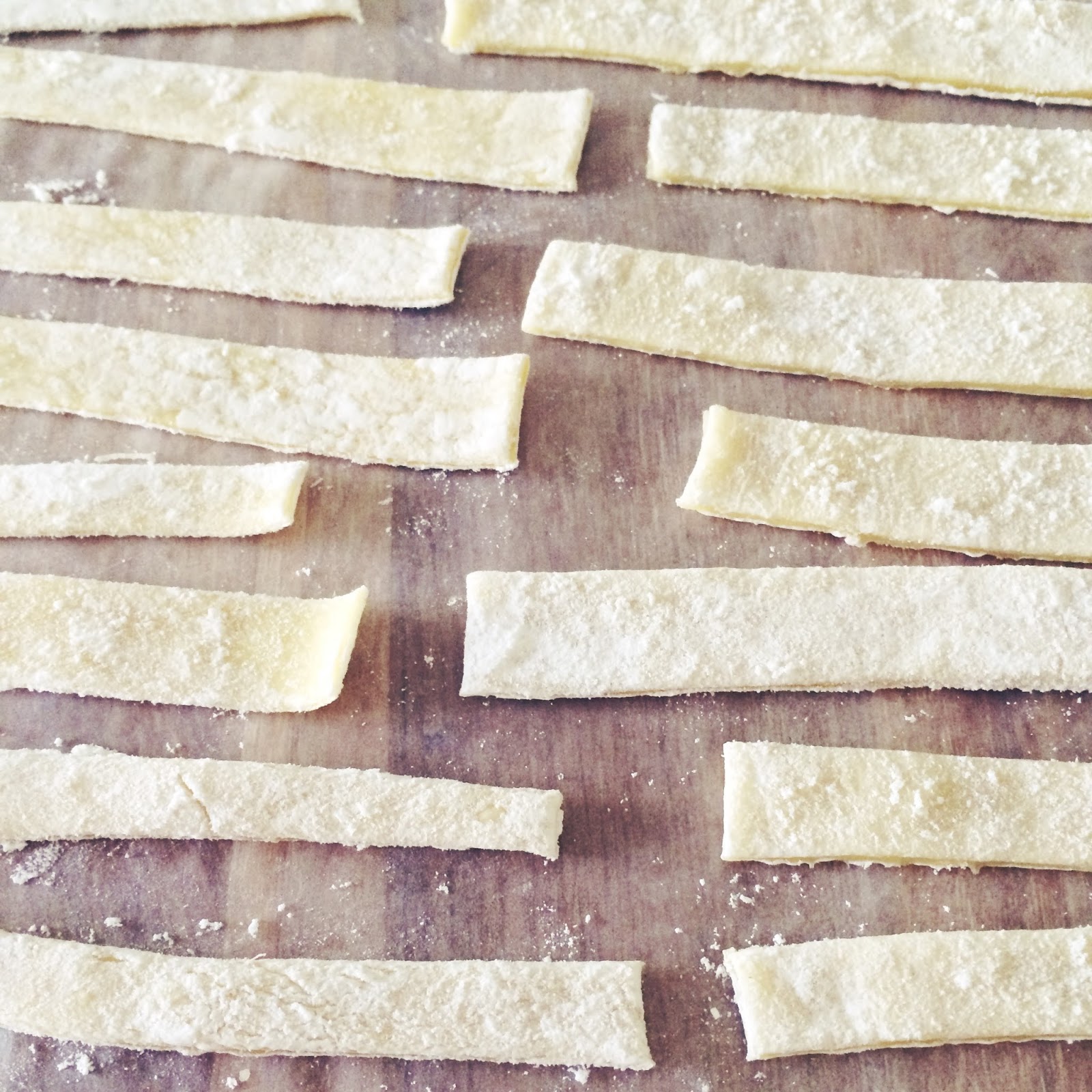 While our noodles were drying, we took the girls outside to swing. Eloise got to ride in the big girl swing for the first time, mostly just enjoying a chance to lick & chew on the straps. And Harper, bouncing around in her own hammock, got a little taste of static electricity. She wouldn’t stop laughing at herself when she saw what was happening to her hair, it was priceless. 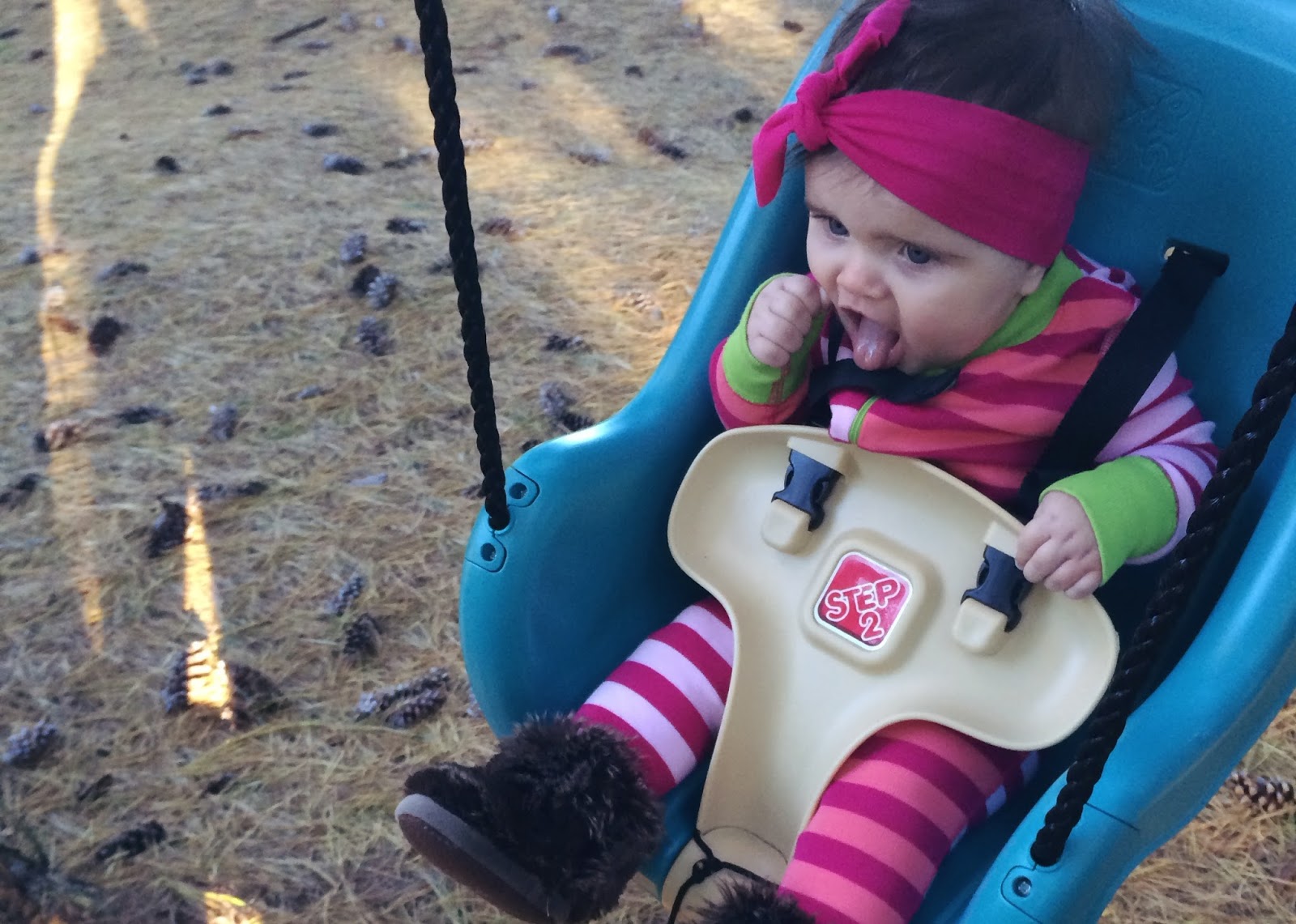 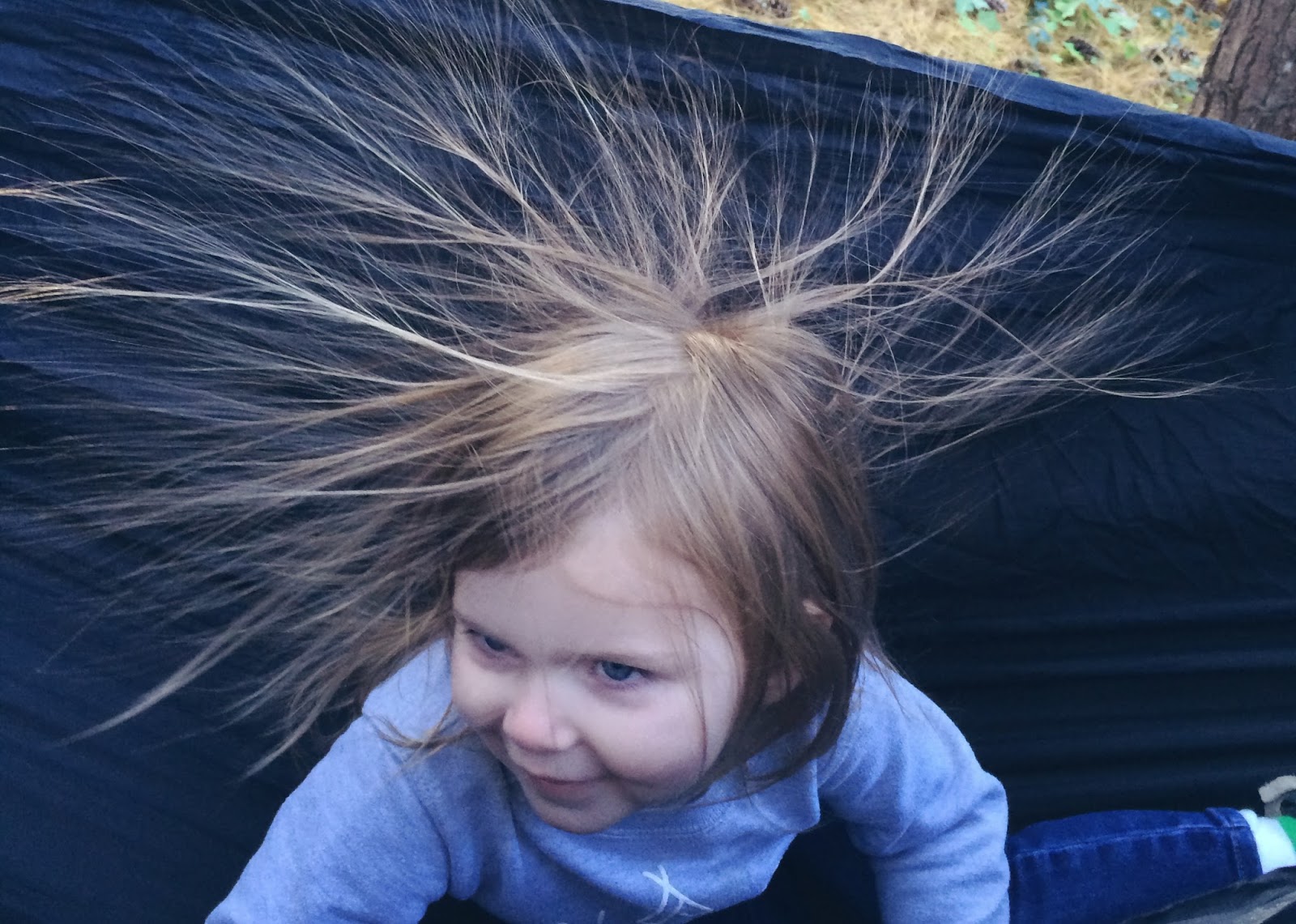 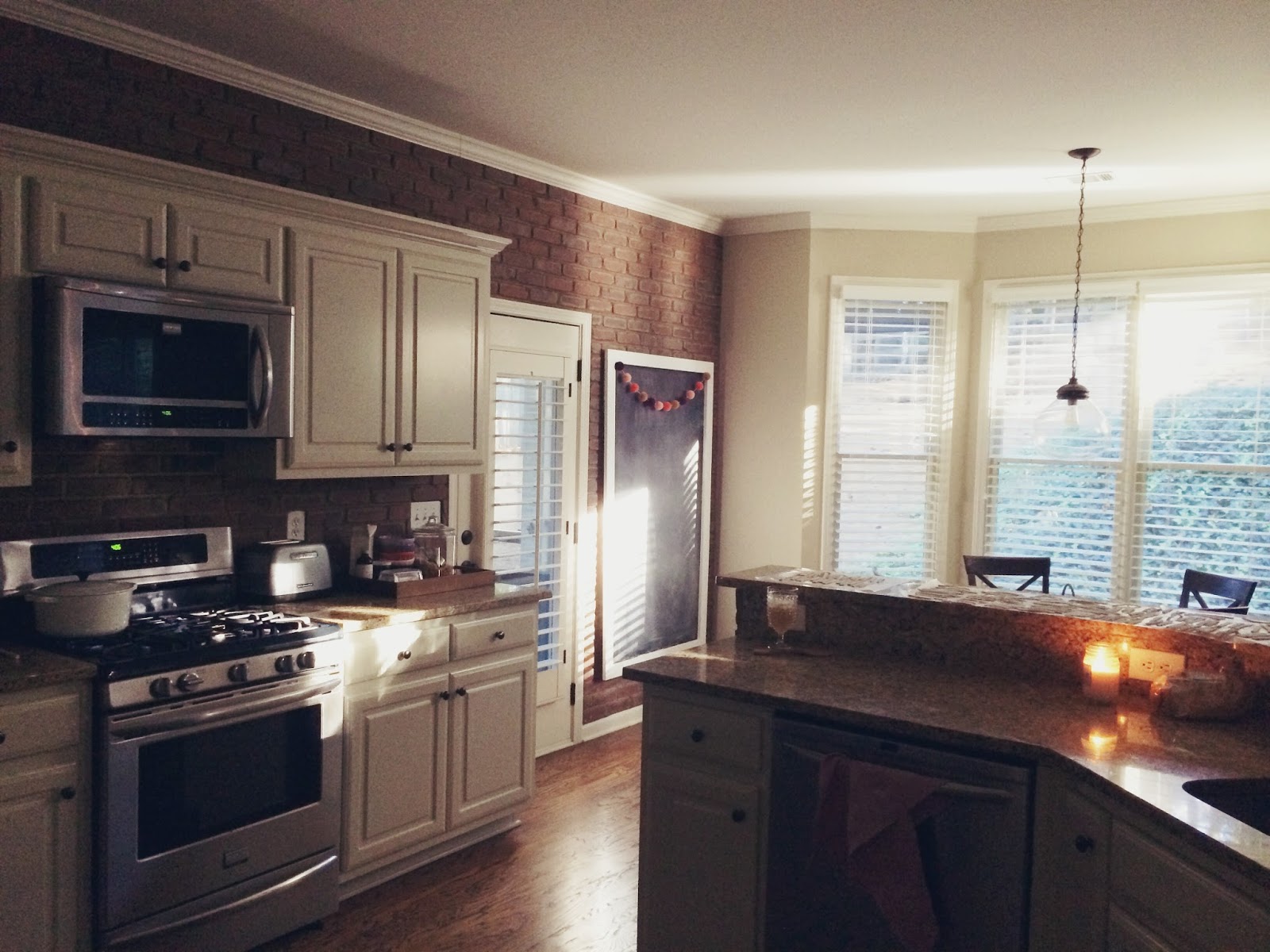 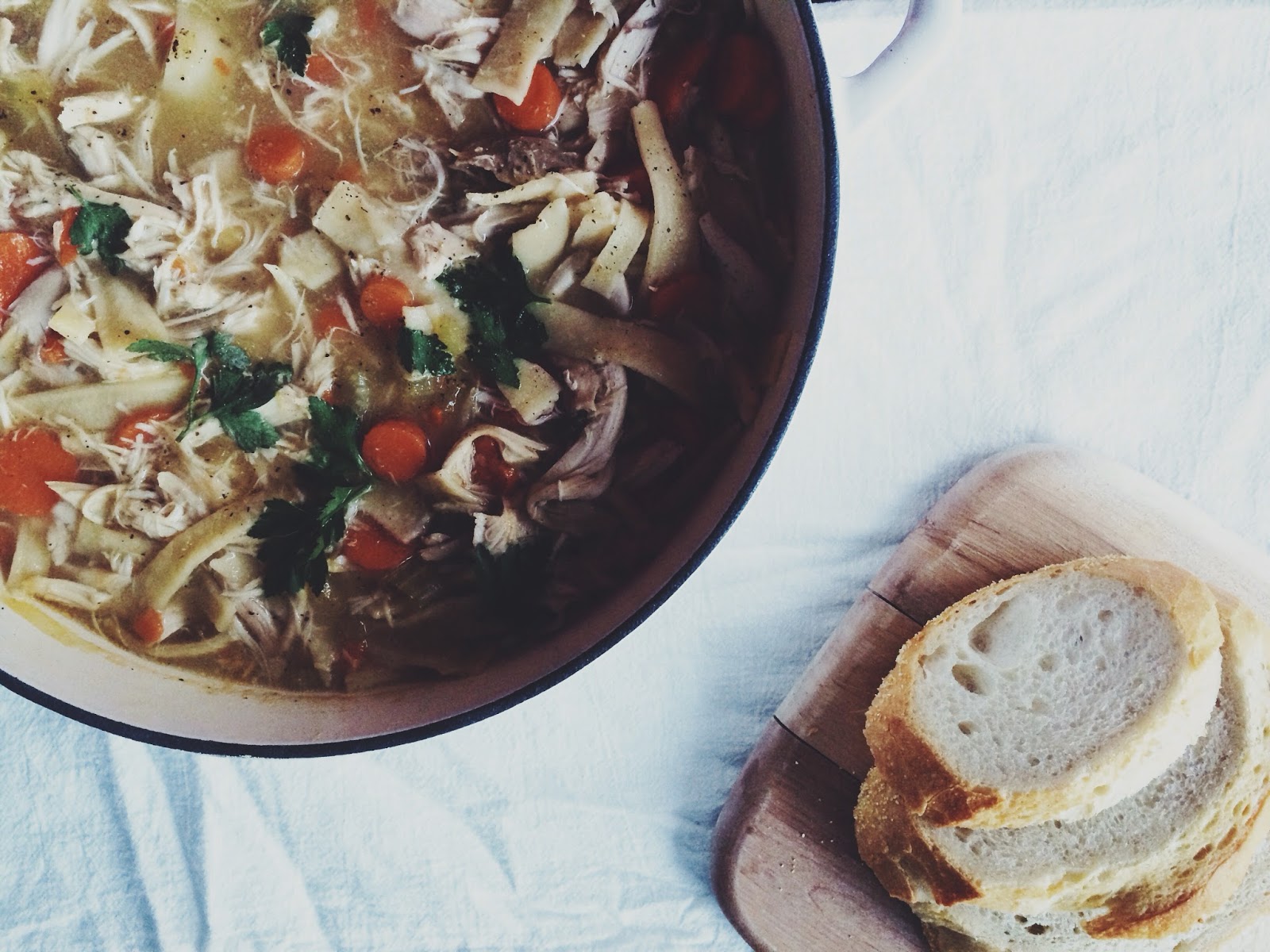 I have been making chicken noodle soup for years, just sorta winging it without any specific recipe or measuring. But here are the basics.
For the noodles, in a large bowl mix together 2 cups of flour + 1 tbsp of salt. Pour in 1/2 cup of water. Add 3 egg yolks + one whole egg. Mix together with a wooden spoon. Add another 1/2 cup of flour & begin mixing together with your hands as the dough forms. Separate your dough into smaller portions, maybe 4-5 with this amount, roll out on your kitchen counter (using lots of flour on your hands, counter & rolling pin). Cut noodles into long thin strips, we always use a pizza cutter but I’m sure there is a proper noodle cutting tool for this? 😉 Separate all noodles & lay them flat on parchment paper to dry out for a few hours (at least 2) before adding to soup.
For the soup, in a large stockpot on the stove (or can be done in a crockpot, just takes quite a bit longer), bring two large boxes of chicken stock + 1 cup of water to a low boil. Add chopped carrots & celery (however much you want) & bring the soup to a simmer. Pull apart two small (or one large) rotisserie chicken, add it to the pot, with salt & pepper to taste. Cook on lowest setting for a few hours to bring out the flavors & make sure that all vegetables become soft. About 30 minutes before serving, add noodles + a few pinches of fresh parsley.
And like I mentioned on Instagram (@jlgarvin), chicken noodle soup is best served over mashed potatoes! We ate this all the time growing up, my grandma always called it Poor Man’s Soup. It has been my favorite for years, especially when I am sick. Comfort food at it’s finest! 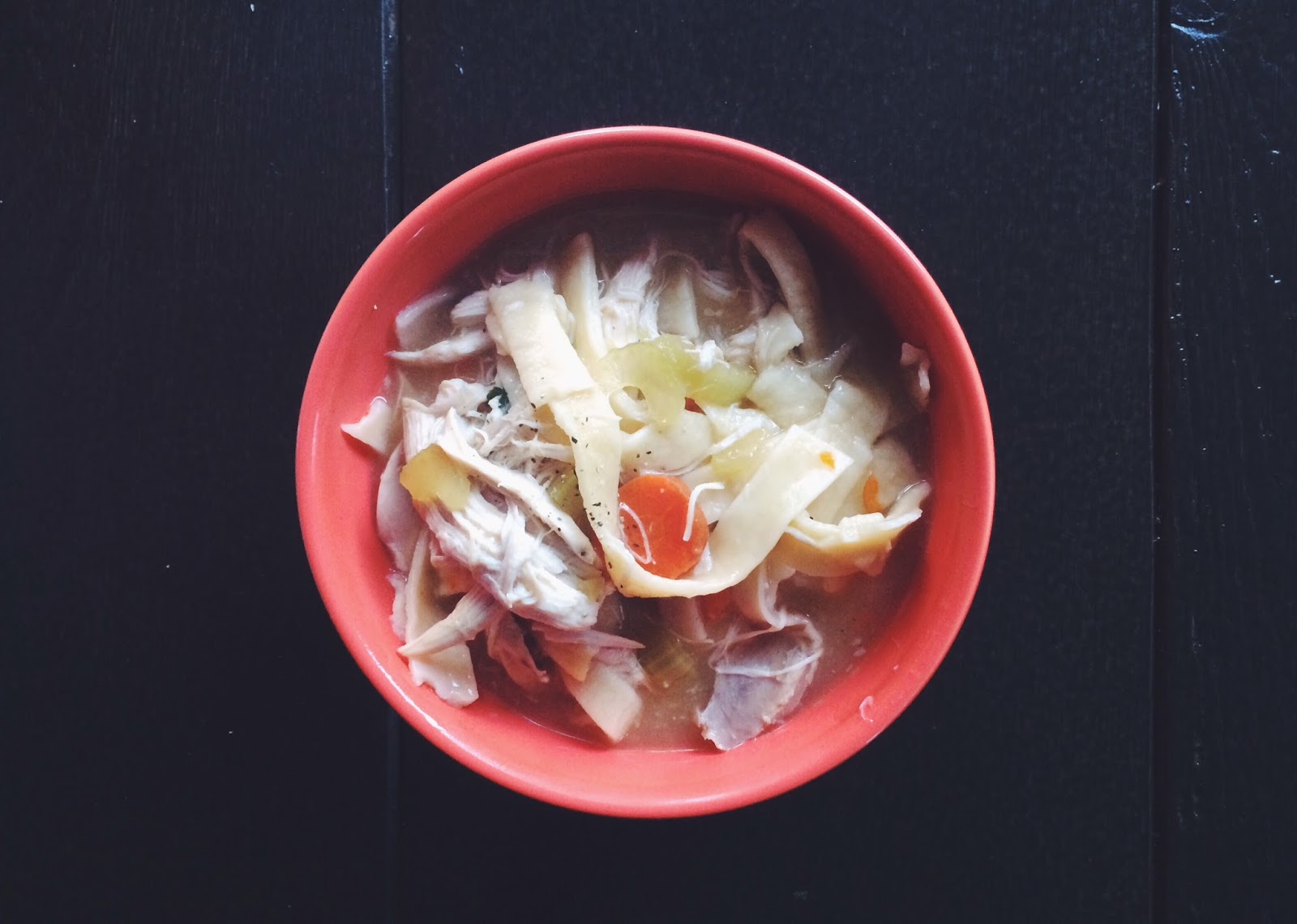 Hope you love it! If you try this recipe, be sure to come back & let me know how you liked it.
Happy Hump Day! 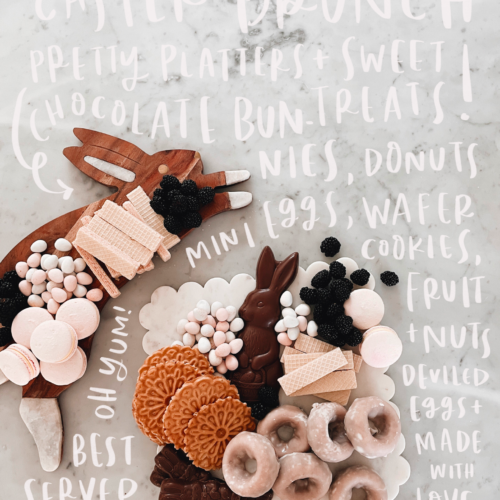