We made our first festive Fall outing of the season this weekend, a trip to the pumpkin patch! The weather was perfect for once, a sixty degree overcast day. Harper & Eloise were so excited, they loved trying to pick up all the heavy pumpkins or see how many small ones they could hold (or lick, in Ellie’s case) at once. Brandon pushed the girls around in the wheelbarrow while we picked out a few pumpkins & mums to take home. 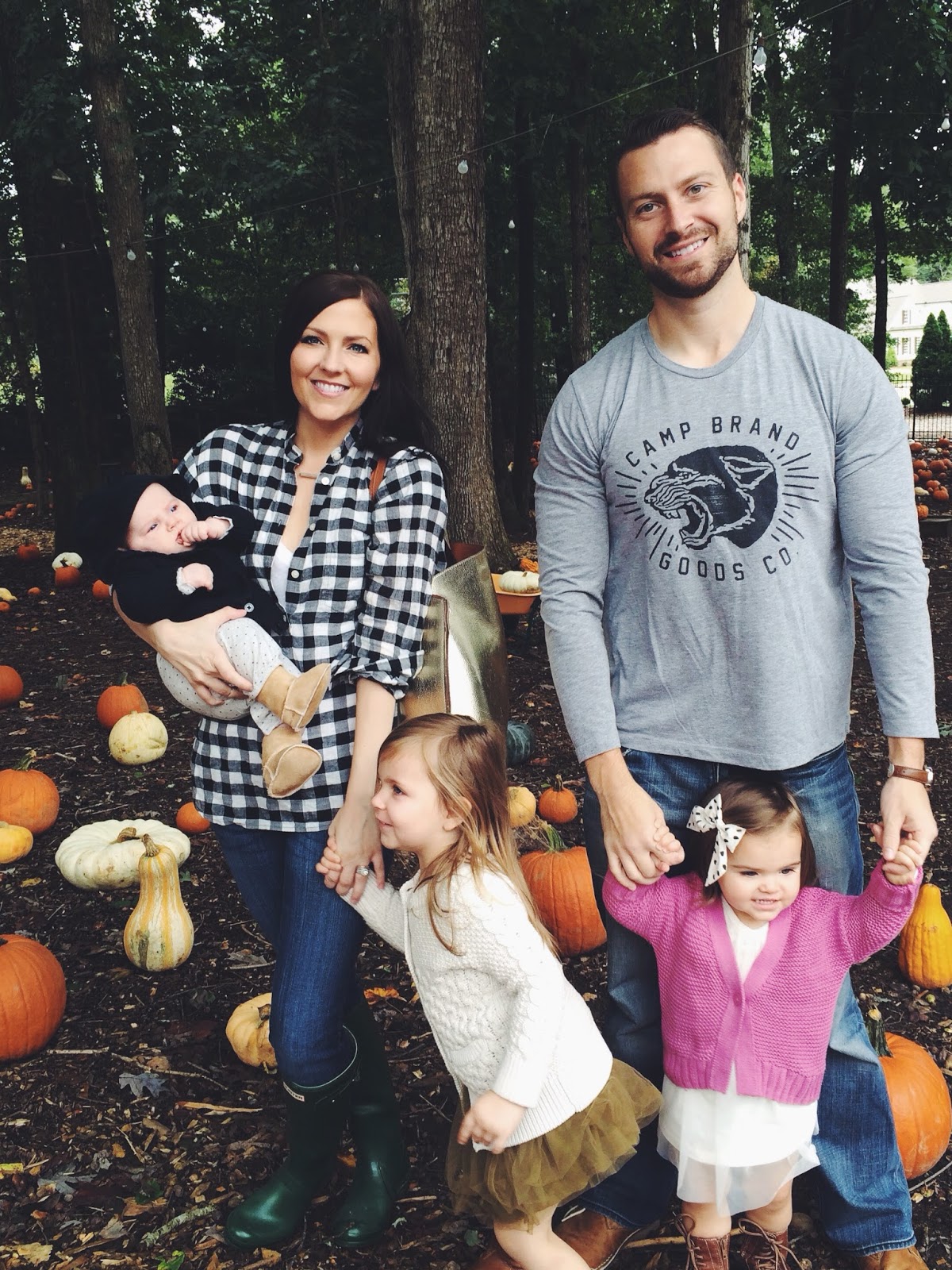 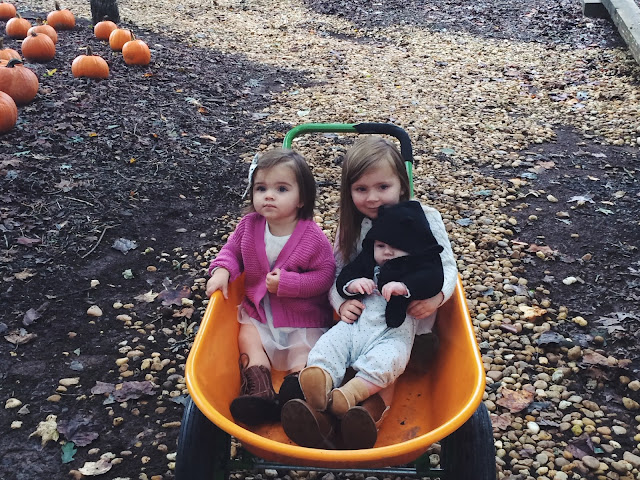 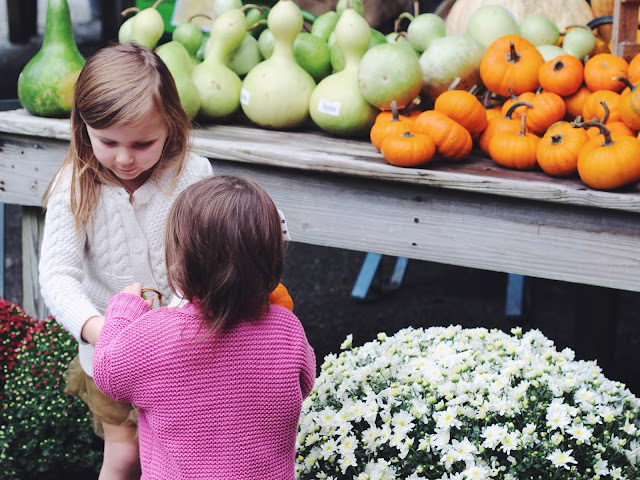 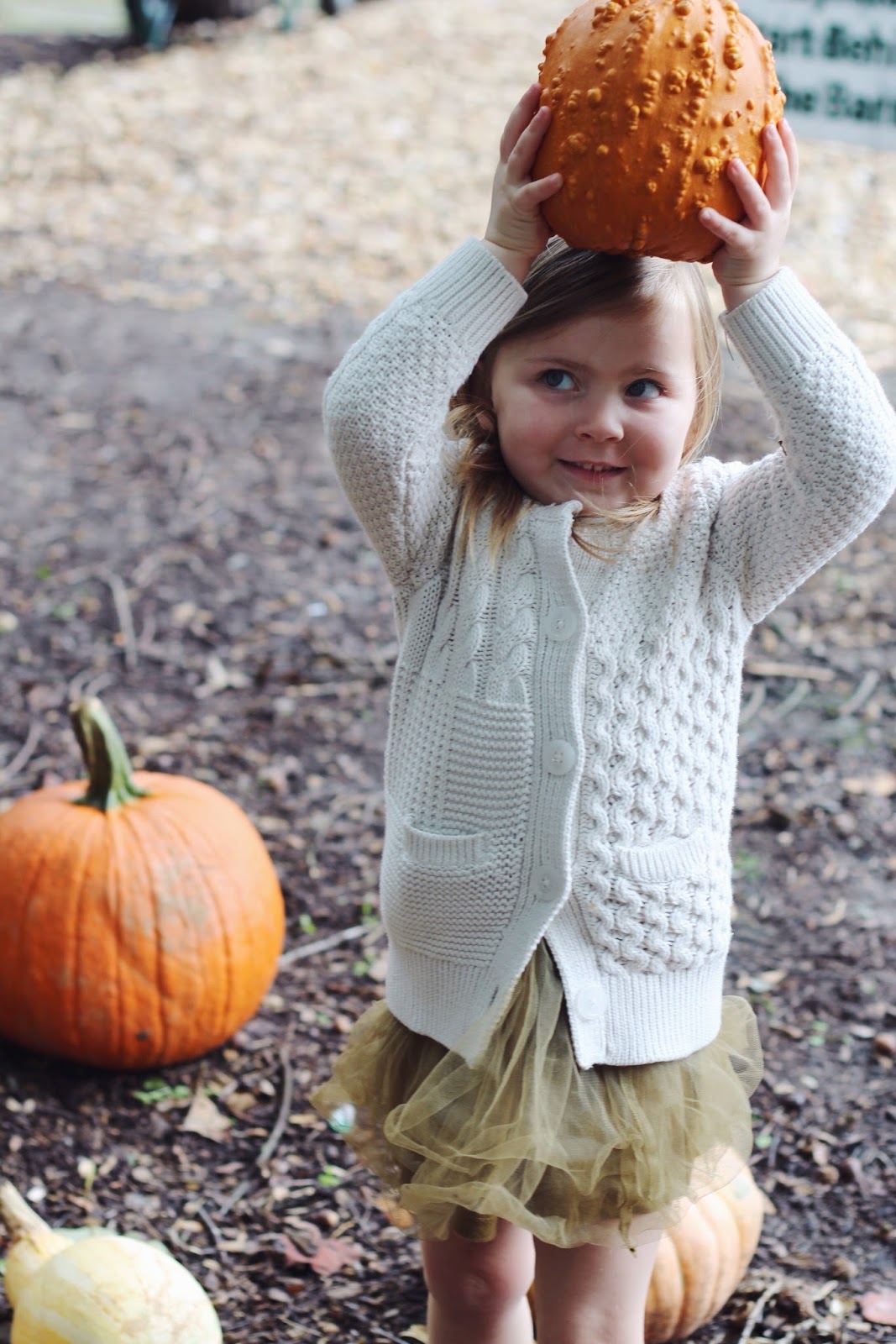 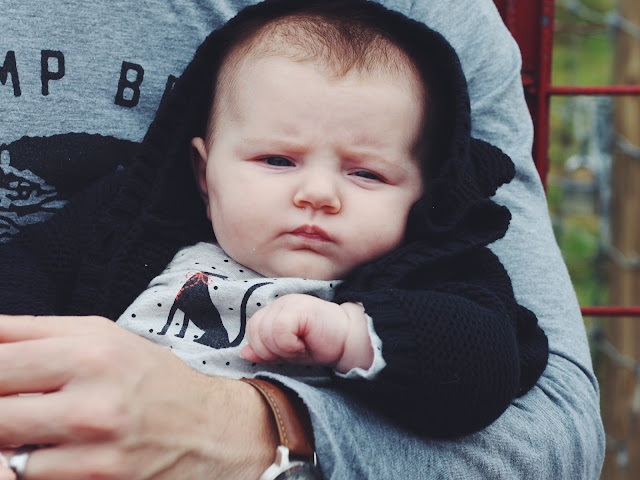 Harper’s Sweater (similar) // Eloise’s Sweater // Black Spotted Bow // Black Cat Hooded Sweater
We went on a hay rack ride through the farm & then the girls jumped around in a bounce house, which was probably the highlight of their day. Although Eloise did not want to take off her ridiculous shoes, which yes, are Harper’s from Halloween last year that she insisted on wearing because Harper was wearing new boots. Pick your battles! 😉 It was a surprisingly peaceful, relaxing outing, which almost never happens with three kids, but was much needed after such a crazy week.
Hope you all had a wonderful first weekend of Fall!
XO
5
Friday Favorites
Fun Fall Inspired Activities for Kids