Our little baby Claire isn’t quite so little anymore, six months old on new year’s day! It’s been a while since we’ve done an update so here we go! 🙂 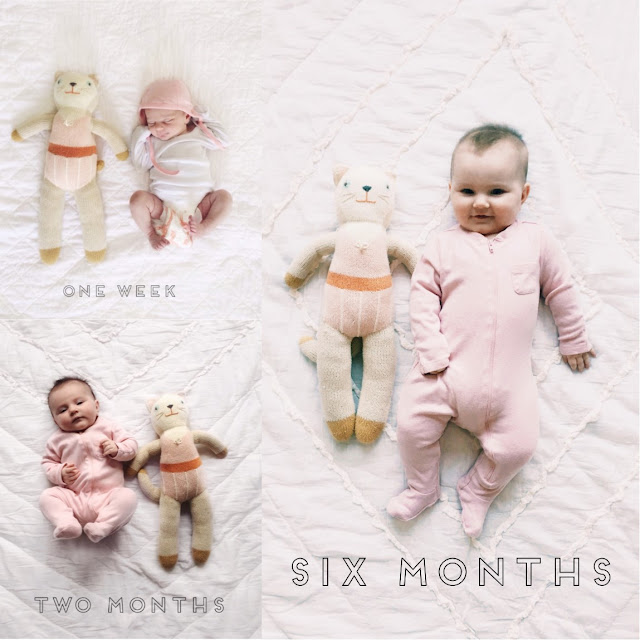 Stats: Weighs almost 17 lbs, 25 inches tall.
Nicknames: Claire Baby, Claire Bear (I swore this wouldn’t be her nickname but it’s totally unavoidable. And cute.), Claire Berry Pie, and more often than any other name, Ky, which is how Eloise pronounces her name and it just stuck.

Milestones: Laughs lots, rolls over, & finally sleeps without her arms swaddled (still sleeps in a halo sleepsack, just with the velcro around her body & arms out).
She sits up in the high chair, but not unassisted on the floor yet, and totally has attempted the army crawl already. Eek!
She is happy riding in the car now (yay!!) after switching from her infant seat to a convertible car seat, we bought the Diono Radian RXT for her as that is what we now have for Eloise & Harper also, it can be used from infant, to rear facing convertible, to forward facing & booster. She has so much more room, can see better out the windows & the incline seems to make her much happier, it was like night and day switching her. The only downside is that since it is not a traditional infant seat you can’t take it out of the car like a bucket, but with three kids, I rarely took car seats anyway, I always put Claire in my wrap or stroller.
And she finally takes a bottle, which is huge for us!! For those of you going through the same thing, the advice I can offer would be to just keep trying. We would offer a bottle every other day or so, more during the day instead of before bed, because I think she wanted to nurse even more when she was tired. During the day, there would be more going on to distract her, and she slowly but surely would take a 4-6 oz bottle each day. We found that the Comotomo bottle was the one she liked best, which Eloise loved also. We are down to nursing just in the morning when she wakes up & again in the late afternoon, she takes 6oz bottles of formula the rest of the day & an 8oz bottle at night before bed. It has been really great for Brandon to finally get more bonding time with her while he feeds her, and Harper & Eloise love to help too. I am happy to share another post later on our overall breastfeeding experience, the comparison between all three girls has been so different!
Favorite Things: Loves to be held or worn in a baby carrier. Loves her jumperoo, especially now that her toes touch the ground. Loves music, looking out the window & being entertained by her sisters. Loves to chew on teethers and suck on her fingers & toes.
Least Favorite Things: Sleeping. Claire has been our most inconsistent sleeper yet, she has had periods of great sleep (7pm-4am-7am) but for the most part, she still wakes at least once a night to eat around 2am (and luckily falls back asleep quickly), then wakes for the day around 5:45. Some nights she is awake at midnight, and again at two or three am, although she did mysteriously give me a full nights sleep on Christmas eve. Everything is a season, right? 🙂
Signature Moves: Sucking on her bottom lip, humming and playing with my hair. Or sisters’ hair, whatever she can get her little hands on. 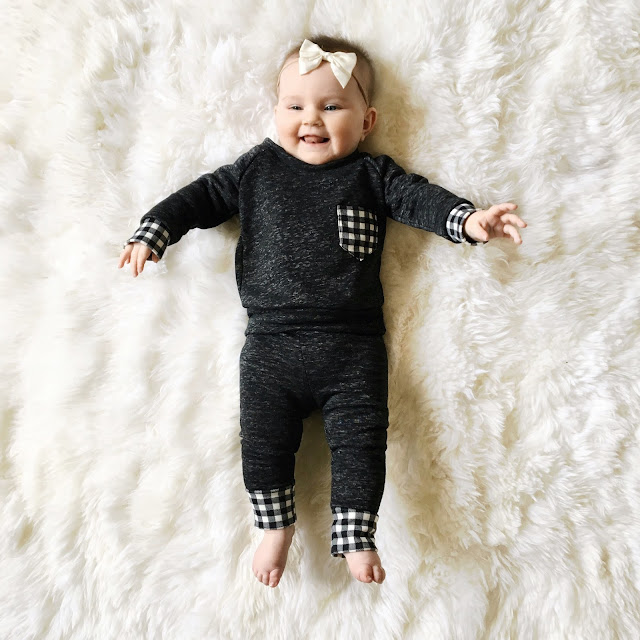 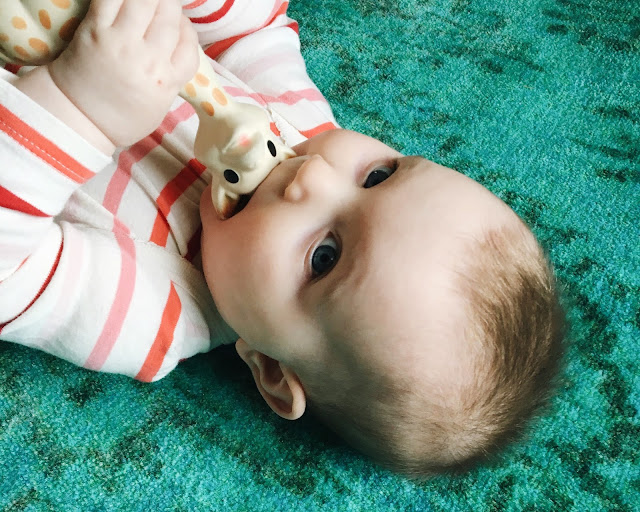 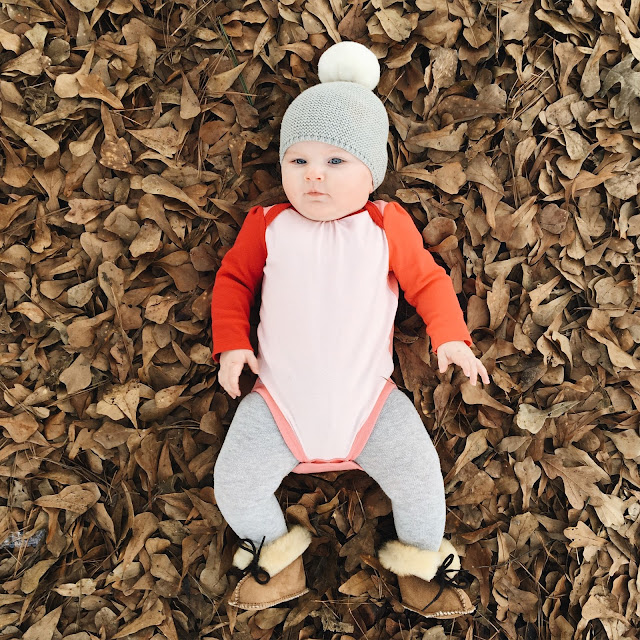 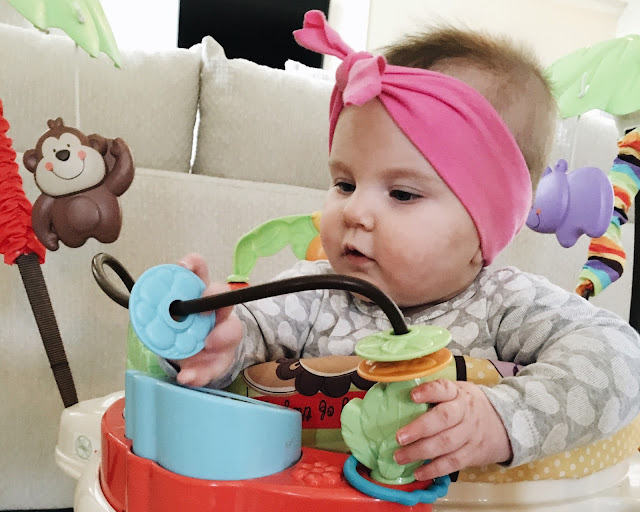 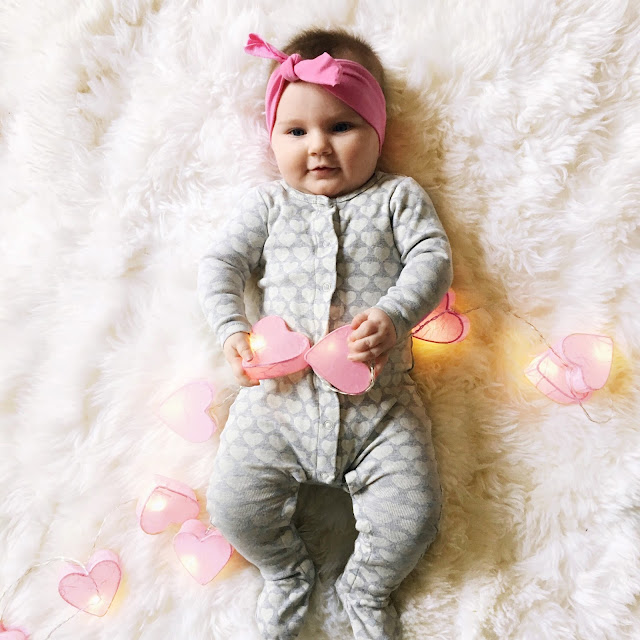