As moms, I think we find ourselves in the “are they a good sleeper?” conversation all too often. And if someone would have asked me how to get a baby to sleep back when we had our really good sleeper, I could have gone on all day with ideas & suggestions. But here we are, three kids later, and I still can’t get my nine month old to consistently sleep through the night. We’ve tried every trick in the book (and with that, have read every book), and ultimately what we have learned is that some babies are just not good sleepers. It takes time & patience. And naps & coffee. 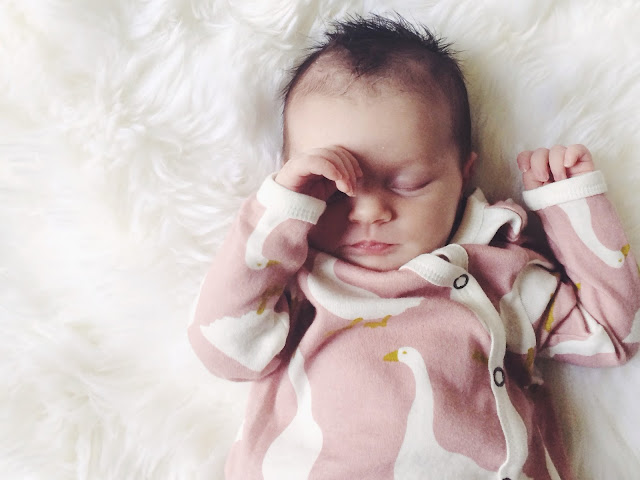 I have emailed back and forth with so many of you with your sleep questions & advice, which I so appreciate, but I know I have yet to get back to many of you as well. So I thought I would do a little sleep comparison between all three of our kids, doing this all from memory (and my brain is mush) so hopefully I have this all right! 😉
Sleeping through the night
Baby #1: 5 weeks
Baby #2: 5 months
Baby #3: tbd.
Where they slept
Baby #1: Nap Nanny, Crib
Baby #2: Nap Nanny, Crib, Baby Swing, Crib
Baby #3: Co-slept (on my chest), Halo Bassinet, Baby Swing, Crib
What they needed to sleep
Baby #1: Swaddle, Sound Machine, Paci
Baby #2: Swaddle, Sound Machine, Paci
Baby #3: Swaddle, Sound Machine, Paci, Rocking, Singing, Perfect room temperature, lavender essential oil, socks, counting sheep, magical sleep fairy dust, for the love of God we still don’t know!

Sleep training methods
Baby #1: None. Has always been a good sleeper, which we totally attributed to us being good parents in the beginning (right!?) when really, she just got her dad’s love of sleeping.
Baby #2: For a long time, I would just rock or feed Eloise when she woke in the middle of the night, but eventually I learned about the “wake to sleep” method. She would wake at the exact same times each night, like down to the minute. So the idea is that you set your own alarm, and gently wake them just by softly rubbing their head or back, enough to interrupt their sleep pattern, and it should help them to not wake at the specific time. Eventually, pushing the time back further and further, they no longer wake up at night, and this actually did work for Eloise! She has always been a light sleeper though, and once she learned to sit up in her crib, she would still wake a few times in the night, but always soothed herself back to sleep on her own by rocking back and forth in her crib.
Baby #3: Claire laughs in the face of crying it out, we have tried it, and every other method known to mankind. She’s just one of those babies. But she makes up for it by being so laid back during the day. 😉

Biggest hurdles
Baby #1: Even though she was sleeping through the night, I was waking up once or twice to pump to keep my supply up. Also, four month sleep regression caught me by major surprise & I had no idea at the time how to deal with it.
Baby #2: Her night waking was difficult because nothing could get her back to sleep, she would wake for hours on end, whether I fed her or not. Brandon slept in the other room for months so he could get a good night’s sleep so he could wake up early and take Eloise off my hands so I could sleep for 2-3 hours before getting going with the day. I remember barging in once at 4:01 am screaming please take this baby or one of us is going to sleep in the garage! Not my proudest moment.
Baby #3: Waking up once or twice each night isn’t honestly so bad, since I know it can be so much worse, but I feel like I have trouble myself falling back asleep once I wake up for her. Her scream is SO loud, and if I try to give her a paci or attempt anything other than getting her out of her crib ASAP, it just gets louder.
Plus more kids = more exhaustion.

Current sleep situation
Baby #1 (now 4 years old): Falls asleep almost immediately after getting in bed, sleeps from 8pm-6:15/6:30 am with occasional bad dream or sneaking into our room before the sun comes up to snuggle.
Baby #2 (now almost 2 years old): Talks, sings & rocks in her crib for 30-45 minutes, eventually falls asleep from about 8:30/9pm-8am. Takes one 3-4 hour nap in the afternoon which is a total game changer.
Baby #3 (now 9 months old): Goes to bed awake at 7pm, falls asleep quickly, wakes up once (sometimes twice) each night anywhere between 1am-5am, sometimes I have to feed her to get her to go back to sleep but other times I just have to rock her. It’s pretty quick and painless as long as I don’t try any tomfoolery, she is on to me. No crying it out, no hush-pat-back-rubbing business. Typically sleeps until 7am and still takes two 1.5-2.5 hour naps during the day.

With all of that said, here is what I can recommend & my final thoughts on baby sleep. I firmly believe in noise machines, they are said to help get babies into their sleep cycle, and we have found this to be very true for all of our kids getting their first 4-5 hour stretches of sleep from the very beginning. These are also amazing once you have more babies because if your older children are used to sleeping with loud white noise, you won’t have to worry about new babies keeping them up. I recommend this First Years one, we have three, and never leave home without one if we are sleeping somewhere else.

We have also always put our babies to bed awake (after six weeks-ish), to get them in the habit of soothing themselves to sleep. It is soooo tempting when they are little to rock them to sleep before laying them down, but getting them in the habit of being awake in their crib and knowing it is time to go to sleep as early as possible can be a good thing. As far as swaddles, we have always swaddled our babies until 4 months or so when they started to roll over. My only tips for breaking the swaddle is to do one arm at a time (so strange, I know, but it works) and to introduce the small security blanket at this time. Now that they have their arms & hands free, it’s like they don’t quite know what to do with them? We always used these little breathable aden+anais ones with the satin trim, their little fingers seem to love to play with them, and I think this has also been a great help for self soothing.

With Claire, the best thing I could have done is just to give up on stressing out about it. Sure, it’s frustrating that she isn’t sleeping through the night yet, but staying up all night googling answers and trying different sleep methods got me even less sleep. To just say, ok, we will just go with the flow, and feed her or rock her if that’s what she needs, it makes it a lot less stressful for all of us, and sometimes that’s more important than figuring out a better answer.

This is just what has worked for us, It really does just take so much time & patience to learn what works best for you & your babies. I hope you have found something here helpful, and if nothing else, maybe a little comfort knowing that your baby isn’t the only one not sleeping through the night at nine months. I mean, I’m not the only one, right? 😉 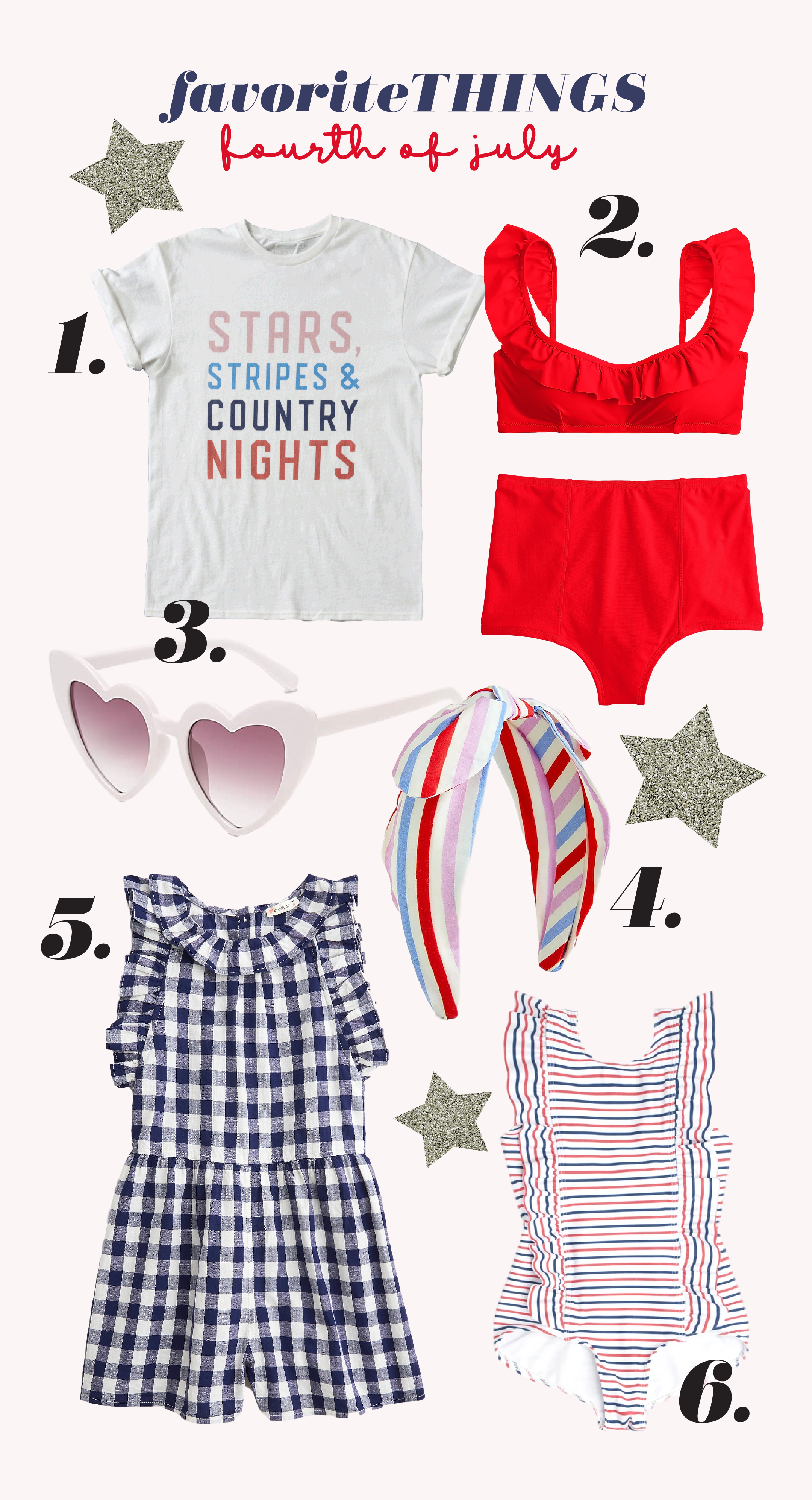