With Harper’s second birthday just around the corner & a new nursery that needs finished shortly after that, we are finally making progress on Harper’s big girl room!! We decided go ahead with a twin bed, rather than a toddler bed, so it is something that she can keep for quite a few years. It will be up against the wall to start, with a rail to make sure she doesn’t fall out. Harper is a pretty good (and still) sleeper, so we are hoping the transition from crib to big girl bed goes smoothly.
I have heard a lot of mixed opinions about when is a good time to make the transition, but a lot of my mama friends have had a ton of success doing it before age two, so rather than buying a second crib & attempting this transition after the baby comes, we are doing it sooner than later. I’m sure I will be eating my words in no time after Harper sneaks out of bed & colors on the walls, but for now, I am optimistic.
The plans for her room are to keep the wall color (light grey/white) but add lots of pops of color & playful, whimsical accents.  I wanted to incorporate a lot of the things that she already had in her nursery, her blankets, stuffed animals & the stools that we had next to her rocker. The rocker will go into the baby’s room so we are bringing the teepee upstairs in it’s place, which I’m sure is really going to encourage her to stay in bed at night. 😉
I found some super colorful string ball lights to hang & will also be bringing in a tassel garland that uses some of the colors from the bedding, which is made in the Alexander Henry Market Stalls fabric that I love so much. 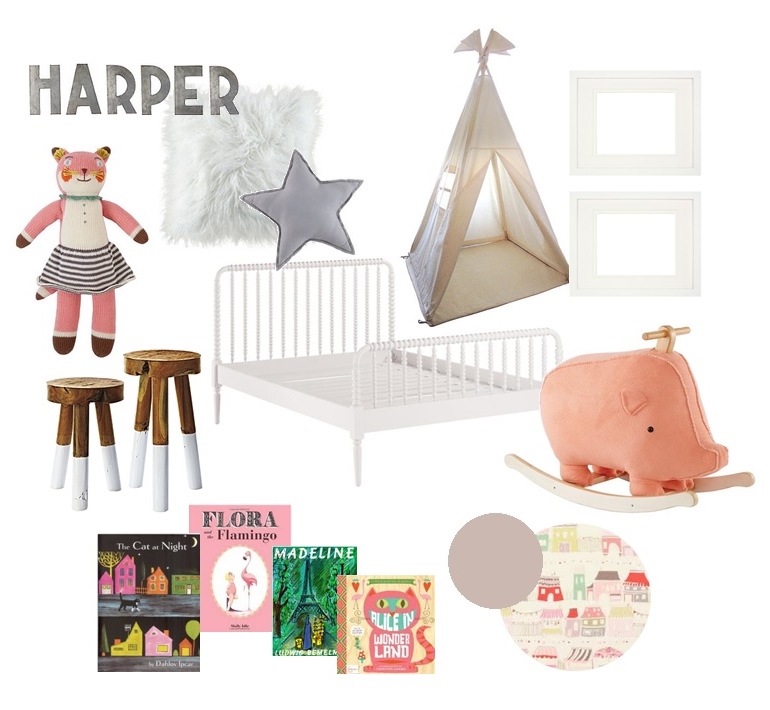 Jenny Lind Twin Bed \ Dip-Dyed Stools \ Pig Rocker
Zinc Letters \ Teepee \ Faux Fur Pillow \ Star Pillow \ Fox BlaBla Doll
Harper loves her books so much & loves to pick out which ones to read each night. So we will be adding another photo ledge like the ones in the playroom to display some of her prettiest books! 😉 The Cat at Night

, Flora and the Flamingo

are my favorites! I found a few large baskets at our local HomeGoods for the rest, which will also help with storage for her other toys. She also loves all of her headbands & playing dress-up, so I’d love to find a fun way to incorporate that in the room as well. And some new art (some easy DIYs that I will share once they’re finished!) will fill the white matted frames from her old nursery. 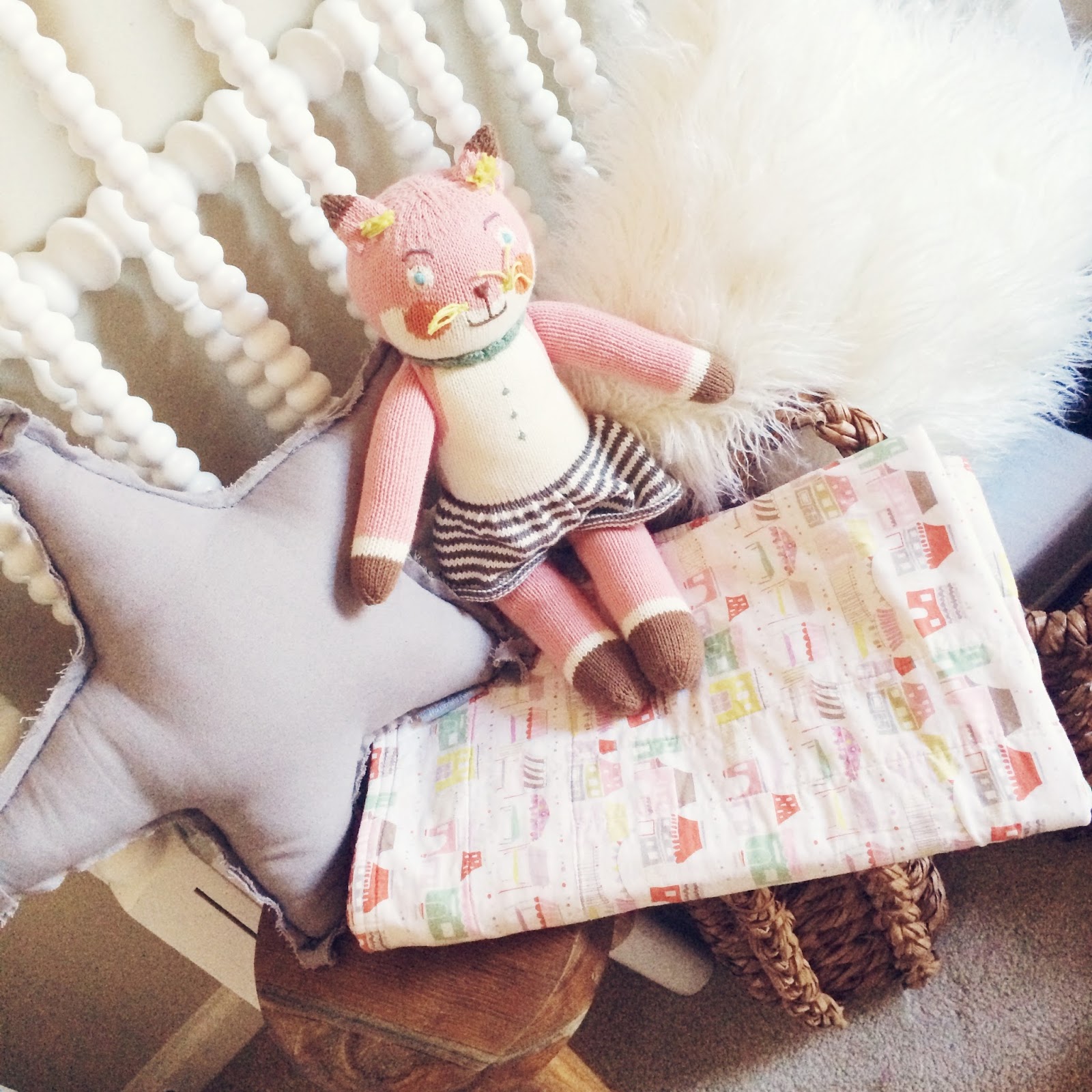 I found an old dresser on craigslist, something simple with clean lines but that would go well with the vintage look of the bed. I think the legs compliment it really well. Brandon is in the process of doing a little handywork to one of the drawers & also arguing with me about whether or not we should paint it. He says no. I say yes. 🙂 I think it might just be too dark for the look I want in Harper’s room, but to be fair, painting furniture is a bitch.  I envision it in a medium grey/purplish color (like the one swatch above) or maybe even in a vibrant pink/coral like the pig! We will also switch out the hardware so picking something out is on my to-do list this weekend. 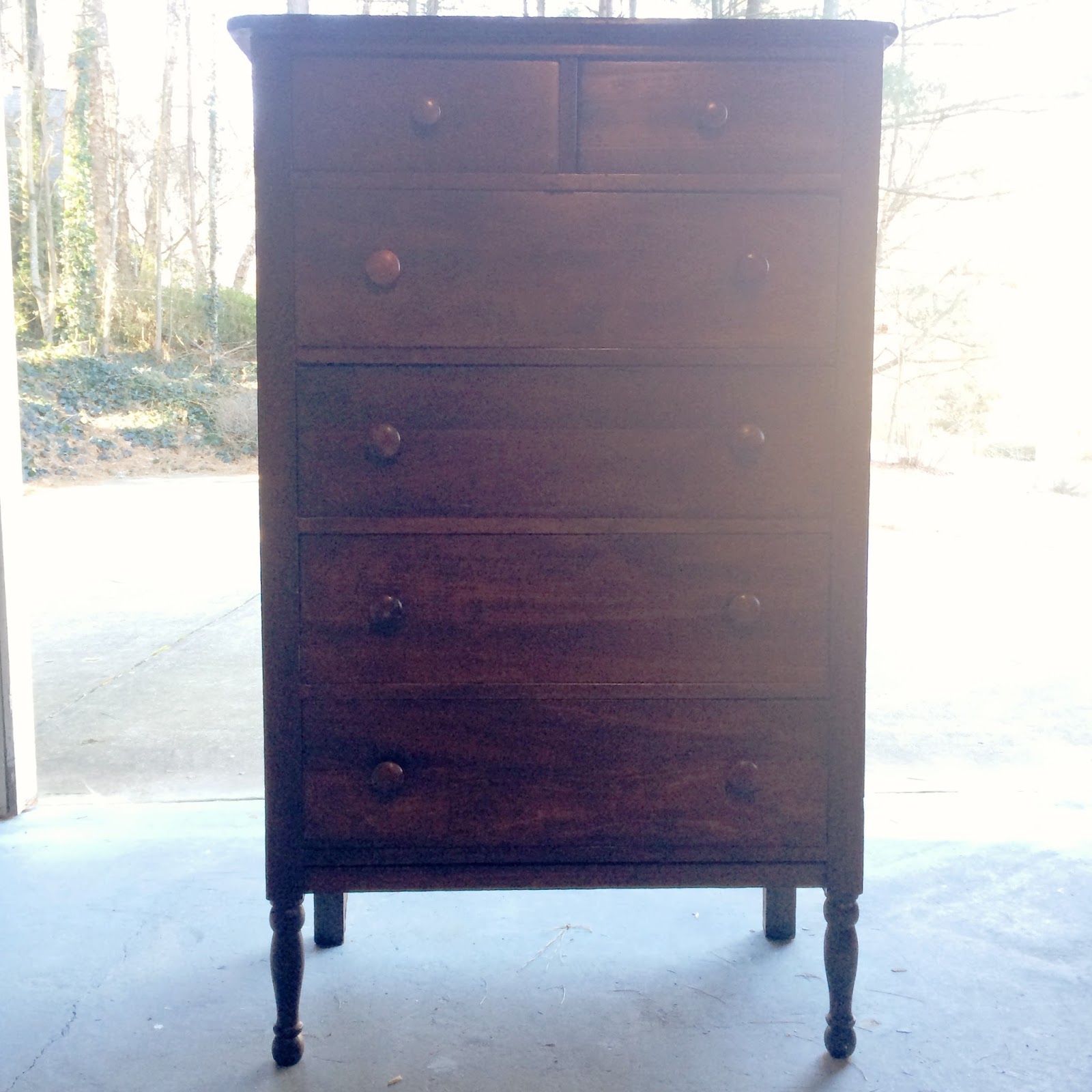 As soon as the dresser is finished & the soon-to-be nursery is painted, we will be able to start switching things around. We hope to have her room completed before her birthday!
Time to get to work! 🙂
XO
10
Love List
Harper 22 Months