Brandon turned 29 last week, so over the weekend we held our third annual Birthday Beer Olympics to celebrate!! Early Saturday morning, we went out for breakfast & to pick up a bunch of important party supplies (beer & balloons). 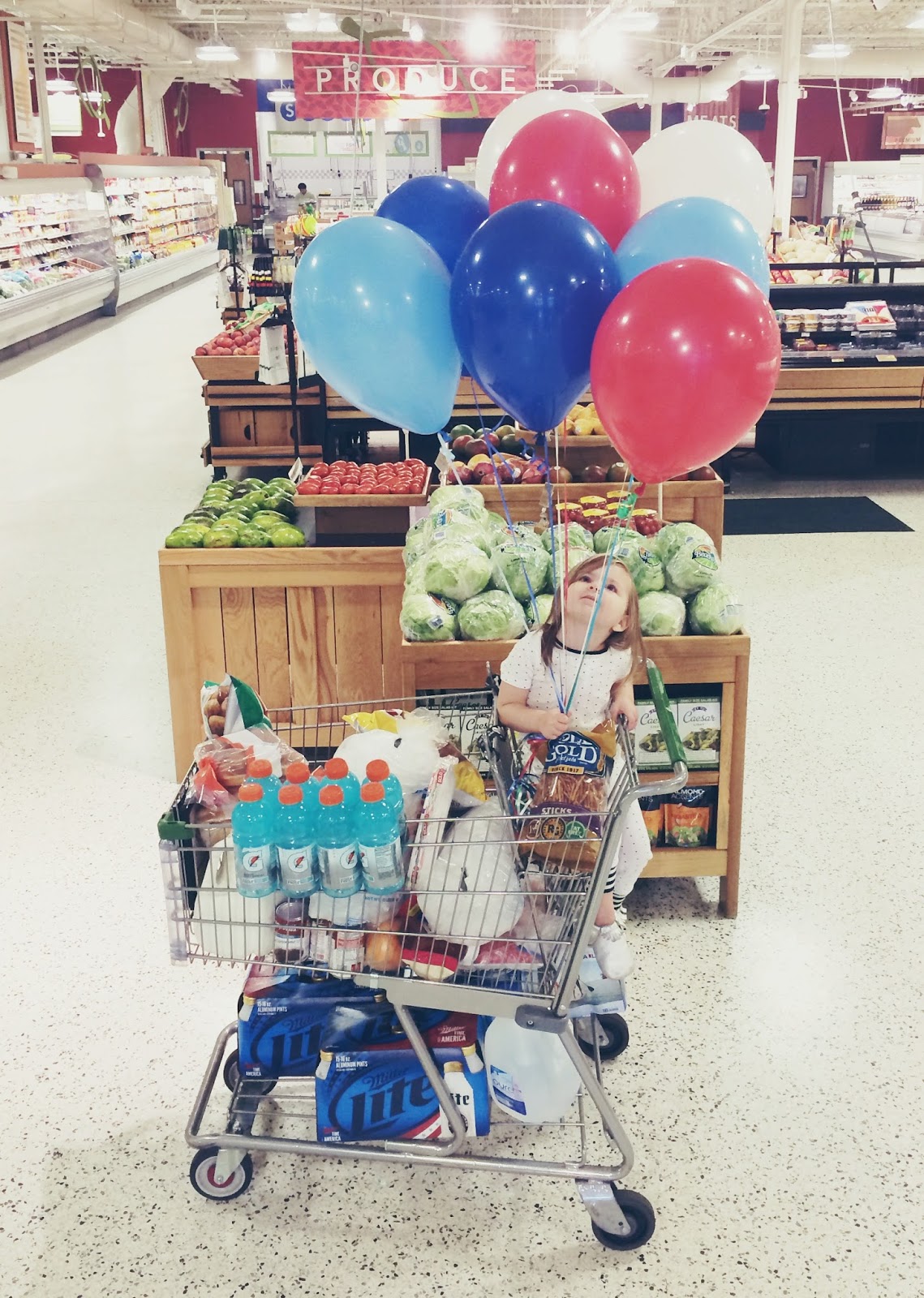 It was raining most of the day, which was kind of a bummer, but since we were going to get wet anyway, we just made the best of it. We had 10 people split into partners, with events including bags (cornhole), beer pong, dizzy bat (Louisville Chugger) & penny can. Oh and, which-team-can-cannonball-a-beer-faster while everyone else bombs them with water balloons.
Then there was the main event. Slippy cup! We debated between calling it slippy cup or flip-n-slide, but the birthday boy won the battle. There were six of us, split into two teams & running relay style. We slid down the slip-n-slide, ran to the flippy cup table to drink & flip, then ran back to tag the next teammate. It was the definition of outrageous but absolutely one of the most fun games we have ever played! 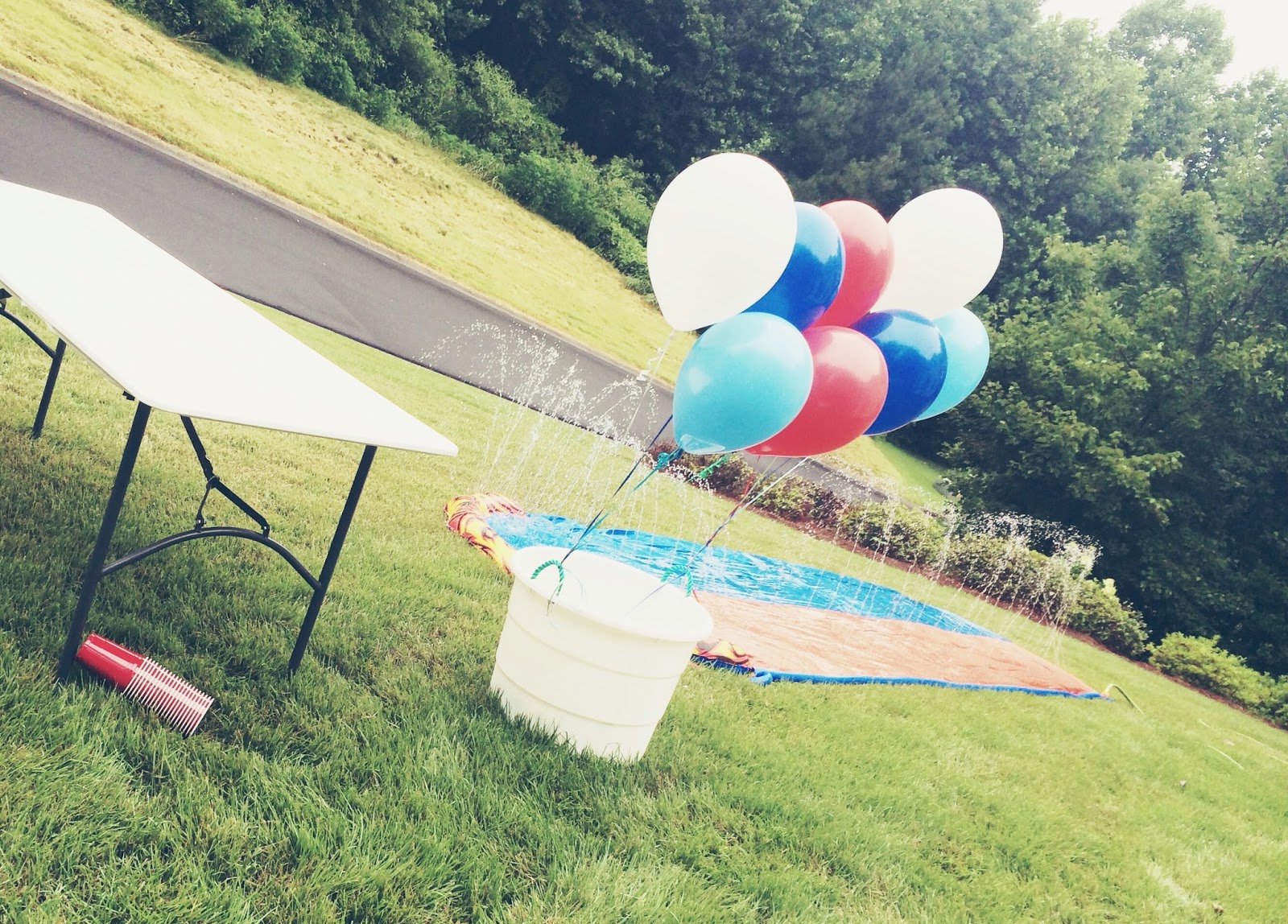 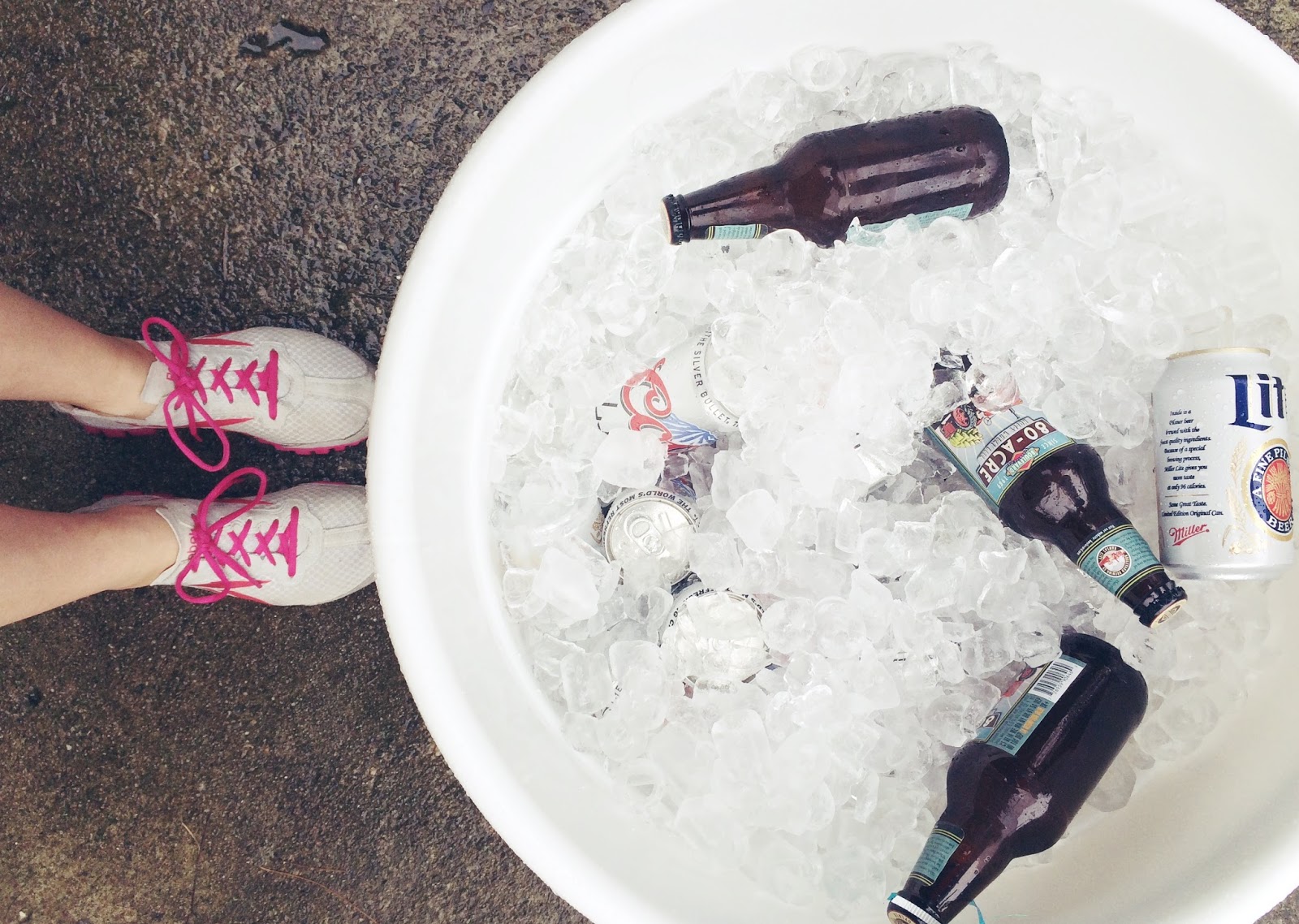 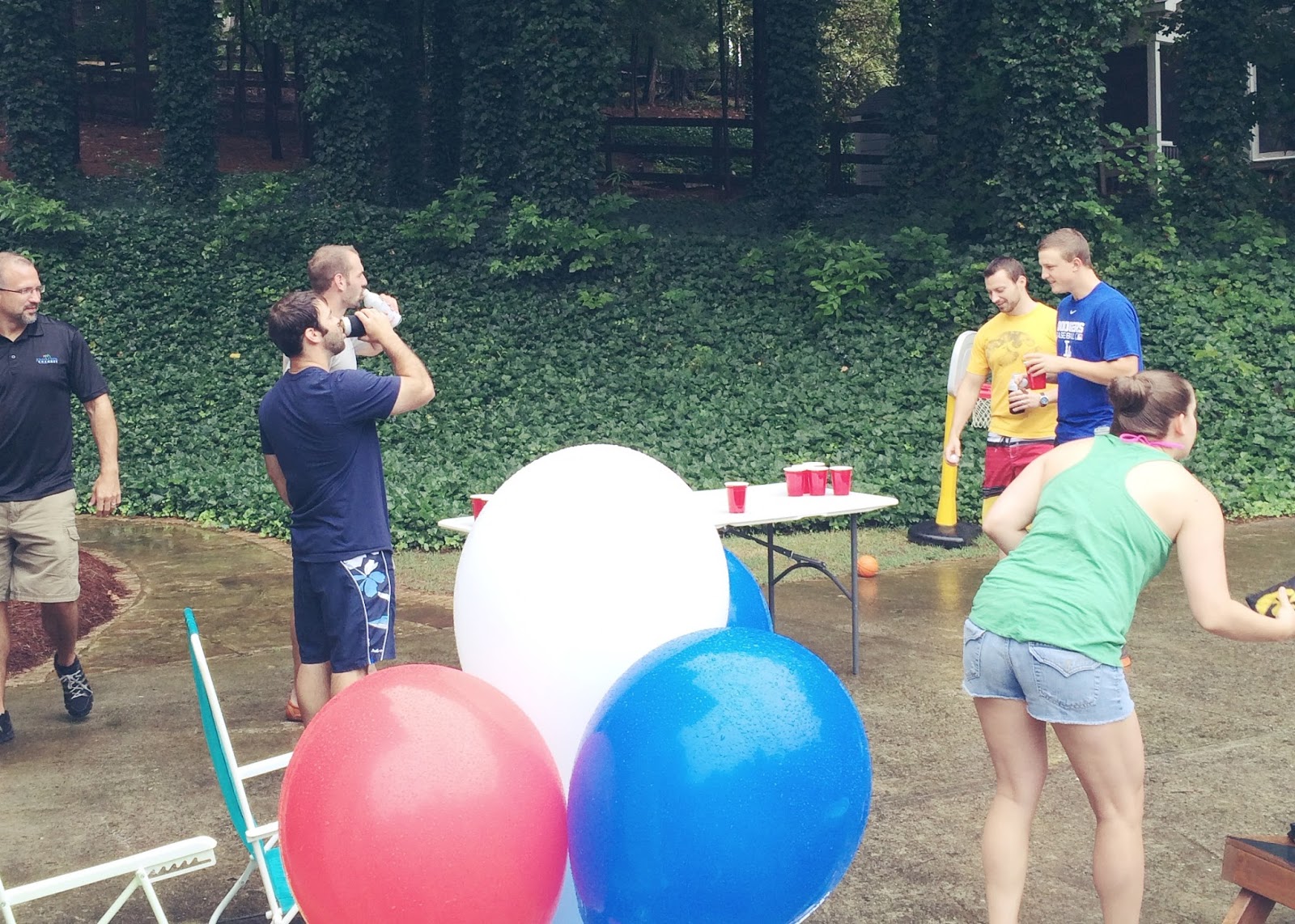 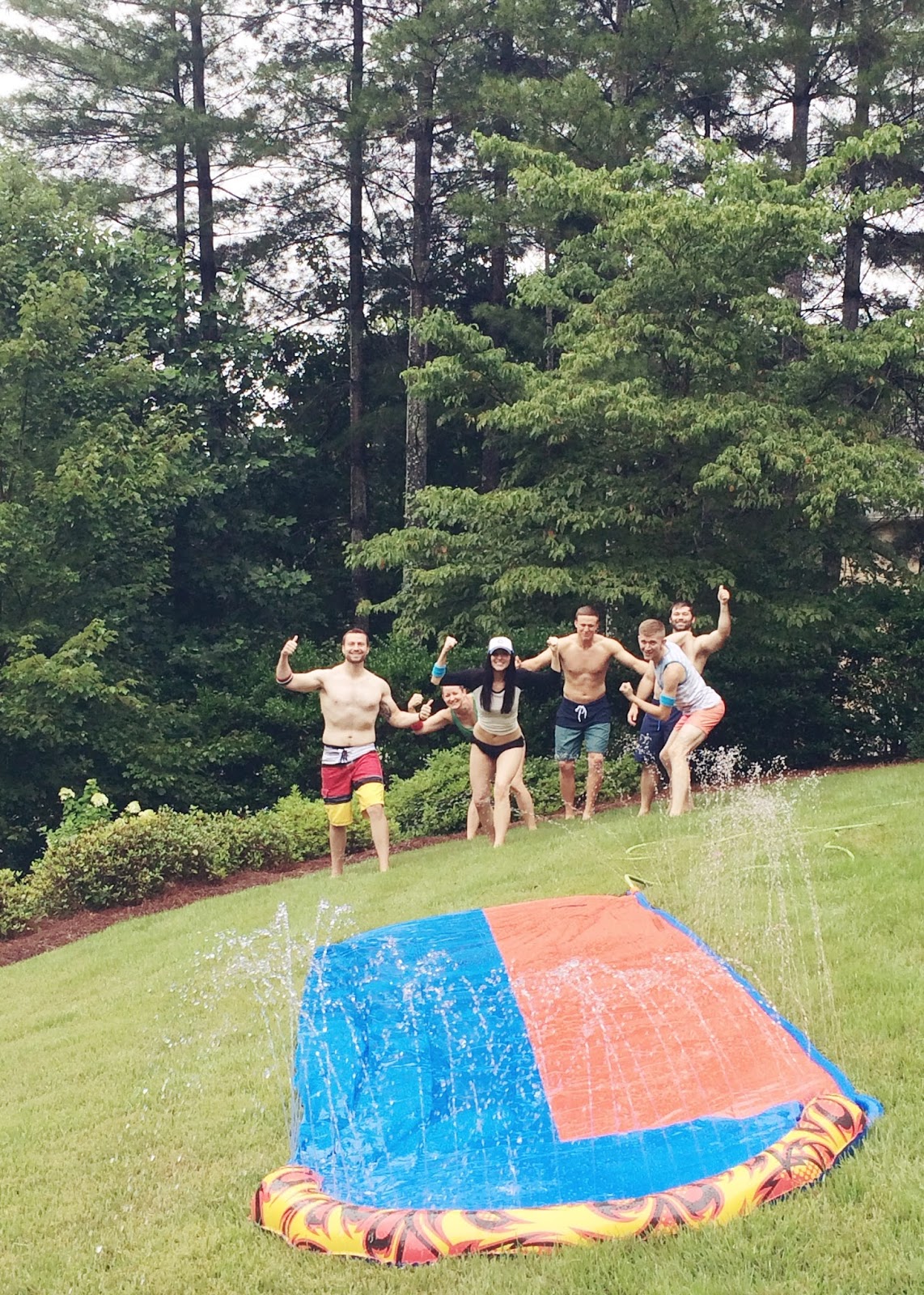 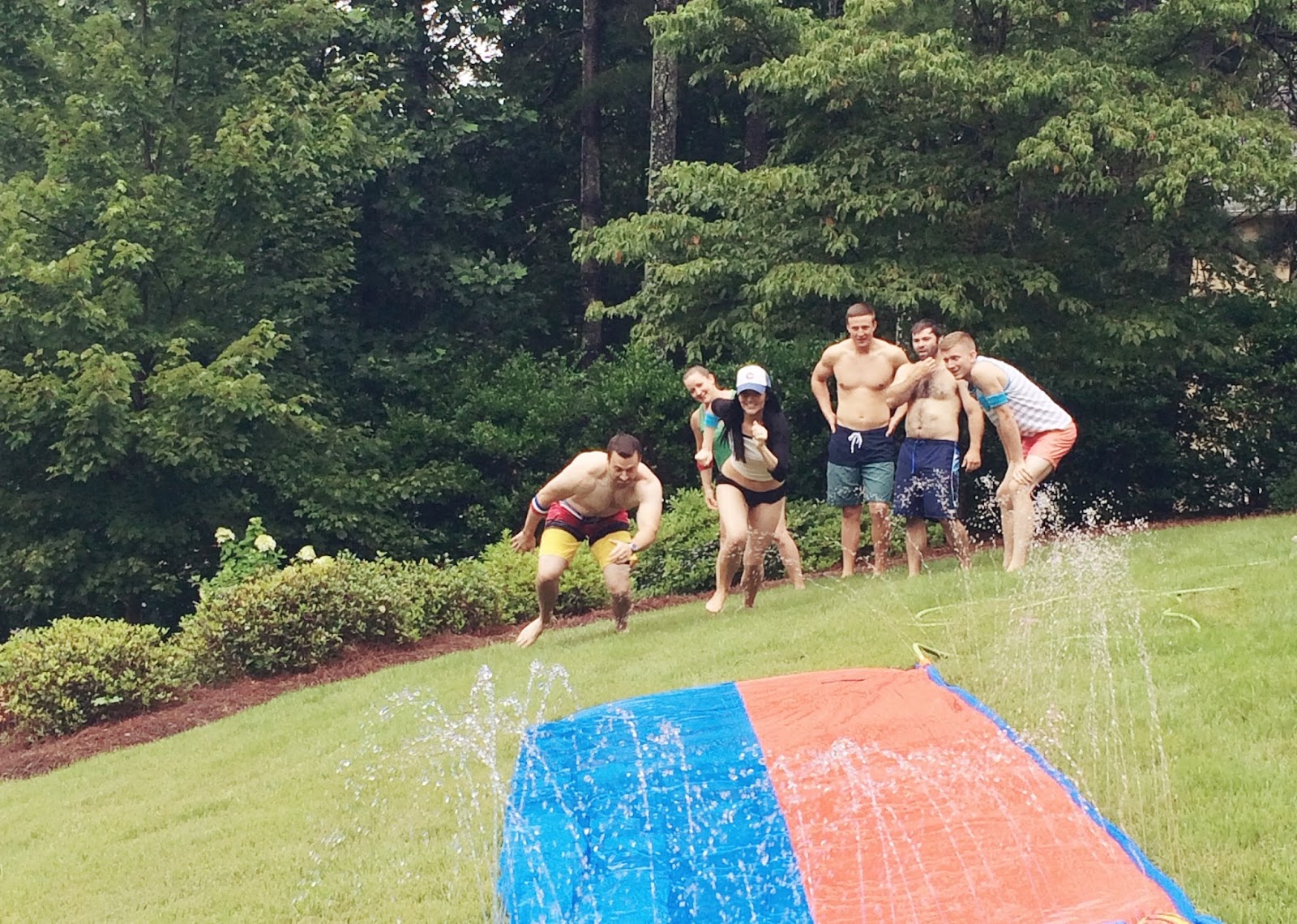 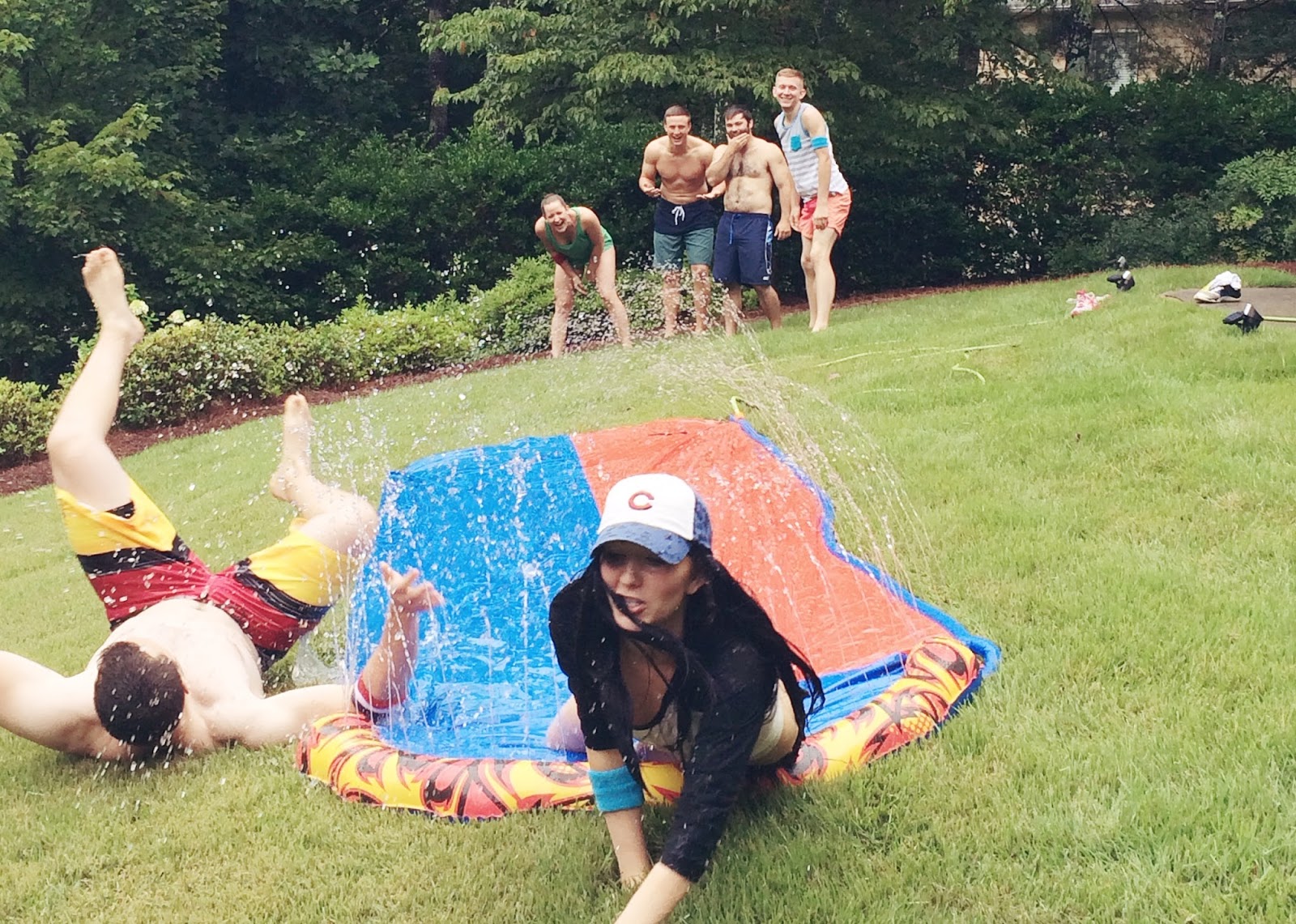 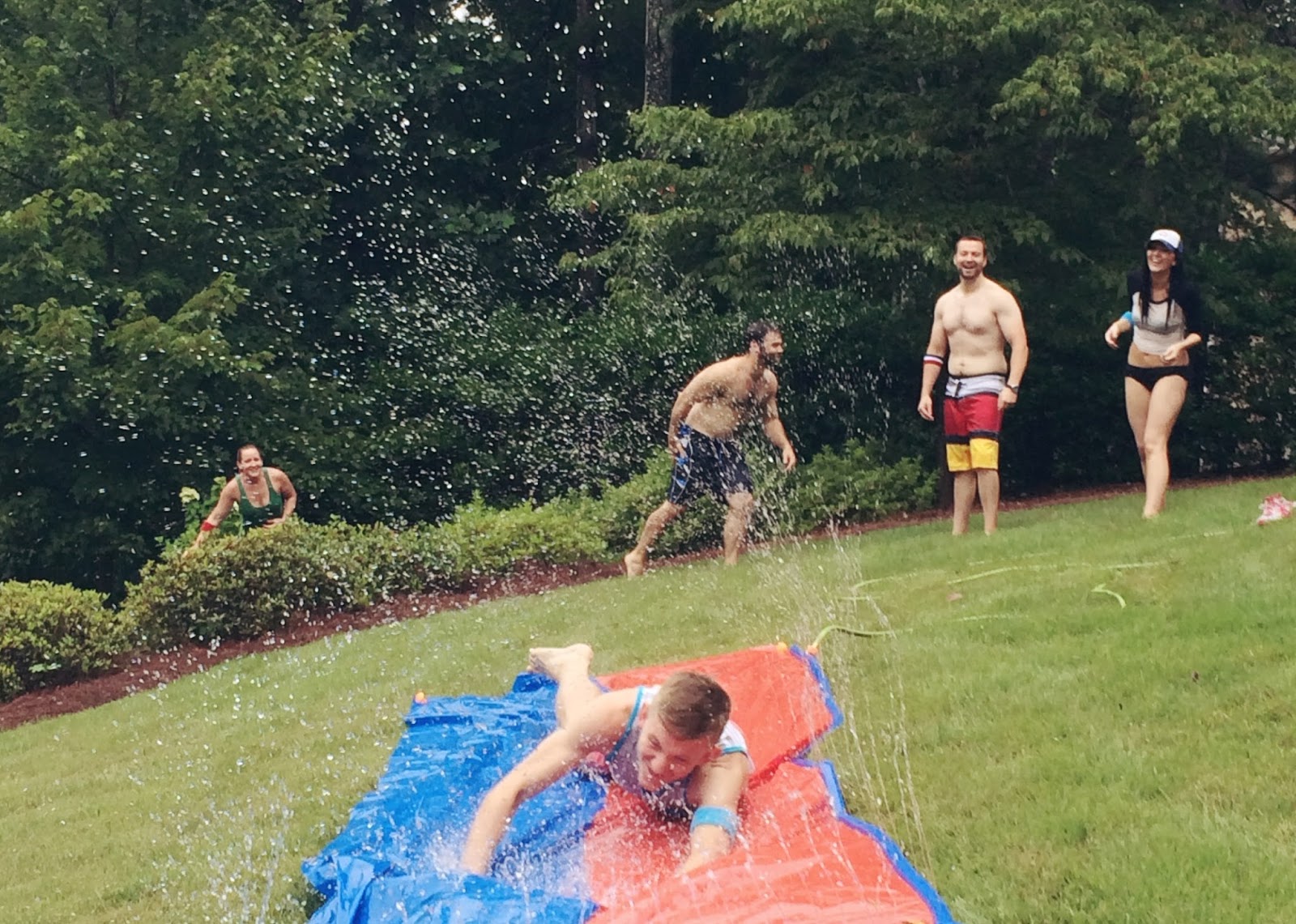 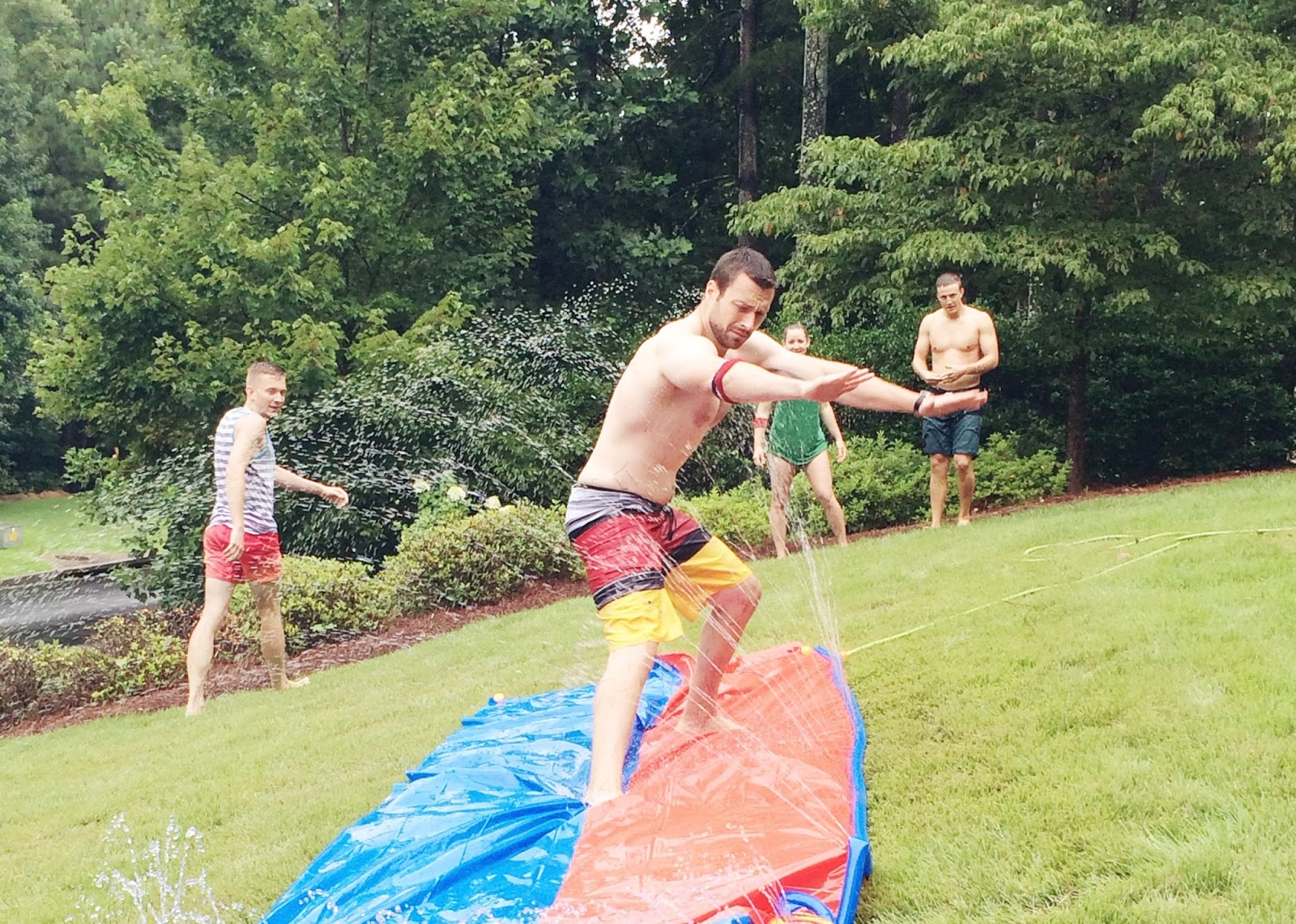 There is nothing funnier than watching a bunch of grown men go surfing across your front yard & tumbling into the bushes. So glad we have such nice neighbors!! 😉
Aside from the main event (which of course took place during nap time) I had the girls outside with me for the most part watching everyone else play all of the games. They were pretty entertained & Harper turned one of the ice tubs & solo cups into her very own water table. We also had a kiddy pool for her so she could be part of the action.
We have also decided that Harper has her first crush, our friend Will. She just loves him & follows him all over the place. And she was quite the cheerleader for him during dizzy bat. Cutest thing ever? Yes. Definitely. 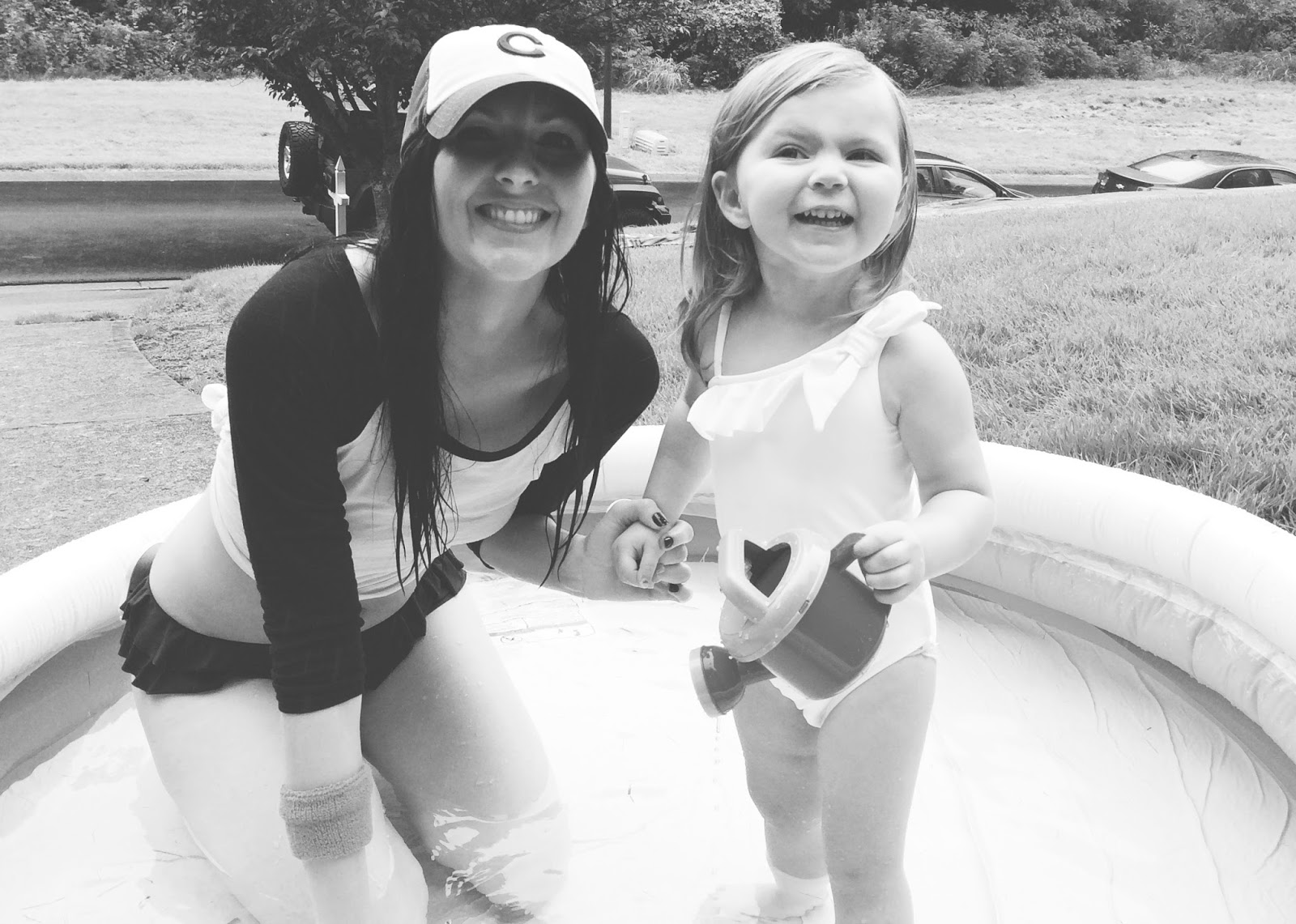 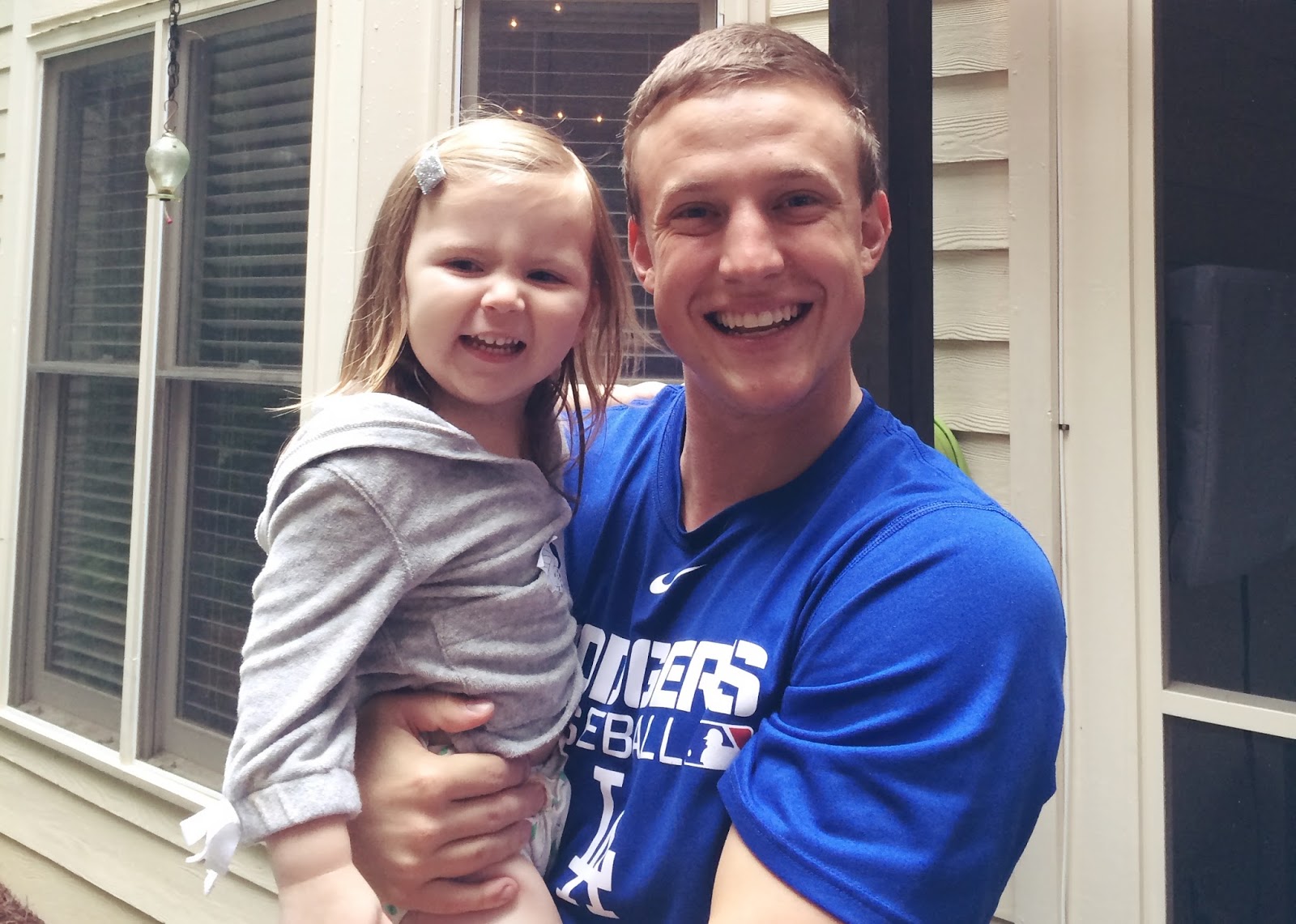 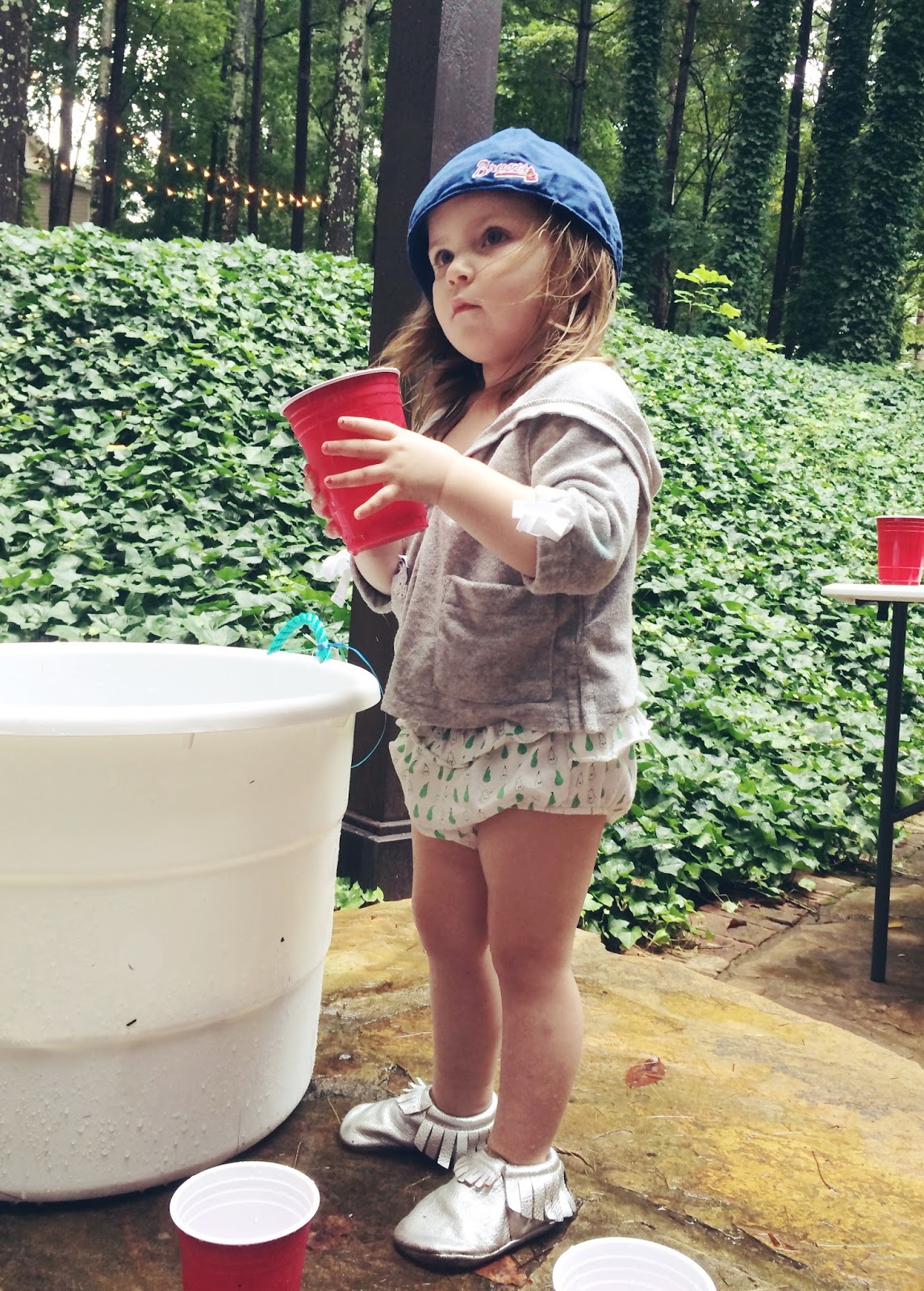 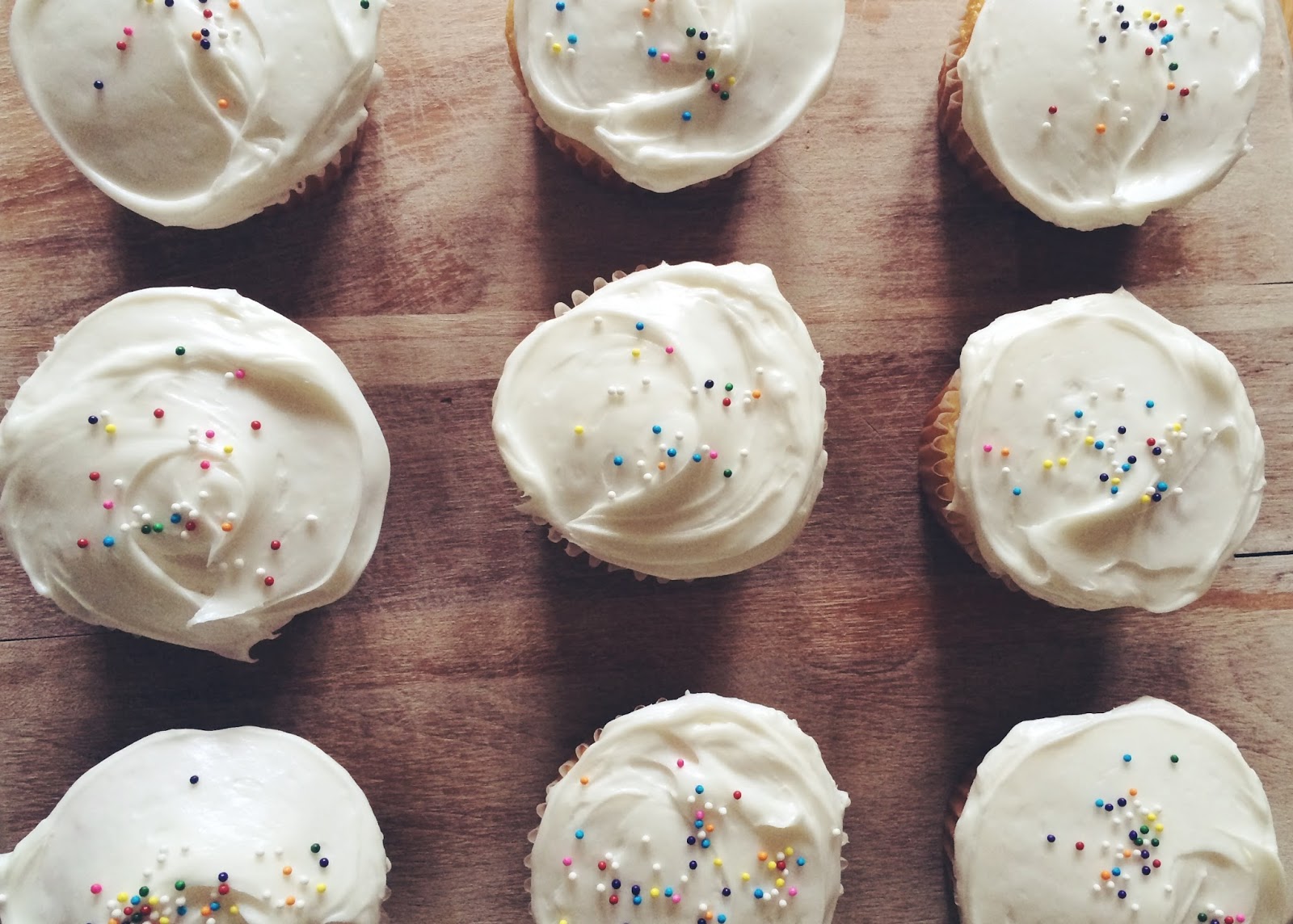 We sent everyone home with festive souvenirs of cupcakes, hangovers & sore muscles. So, while there is still lots of hot weather & probably more rainy days than any of us would like to count, who feels like planning some beer olympics?! Such a fun party for those who feel like embracing their inner college student for an afternoon!
Happy Birthday my love! Next year is the big dirty thirty & I already have big plans in mind!! 🙂
19
Eloise Two & Three Months
Hump Day Happenings