Eloise is almost three months old already & we can once again confirm that time is flying. At her two month shots (which were about two weeks late), she weighed 12 lbs. & was 22 inches long. The nurse had to flatten her hair down to get an accurate measurement. 😉 We have seen such a transformation in her personality over the last few weeks, she is becoming a very happy, laid back baby, which we are so thankful for. She still loves being held, loves silly noises & most of all, loves her big sister. Anytime Eloise is crying, Harper runs to her rescue & puts an instant smile on her face. It’s pretty heartwarming. And convenient.

Sleep is still a mystery. Her schedule is pretty consistent each day, give or take a nap or feeding, her bath time is always at 7pm, and she is in her crib by 7:45/8pm. There have been a few times in the last two weeks where she has slept until 4am, but other nights she is awake at 1 and will not fall back asleep unless I feed her. Sometimes that is the only time she will wake, other times she will be up again by 2 and wide awake until 4 or 5. And like clockwork, this kid is awake every morning at 6. I am thankful that we seem to be making a little progress, but still just stumped as to why it is so inconsistent. Babies just seem to do whatever they want! 😉

Eloise loves being outside, is starting to not mind her carseat so much, but still prefers being wrapped up tightly against me while we shop or go for walks. Cuddling is her jam. I swear she will roll over any day now, usually throughout the night her head goes from one end of the crib to the other by the time she wakes, just from how much she squirms & tries to roll. We have kept one arm out of her swaddle for the last few nights & she has done surprisingly well with it, hoping to have the other arm out soon so I can stop worrying so much about her rolling onto her belly in her sleep. She still loves tummy time, I lay her on her boppy & she watches Harper play. She also loves watching the ceiling fan & hearing music.

Her little smile lights up the room, she smiles with everything she’s got & you can’t help but smile right along with her. 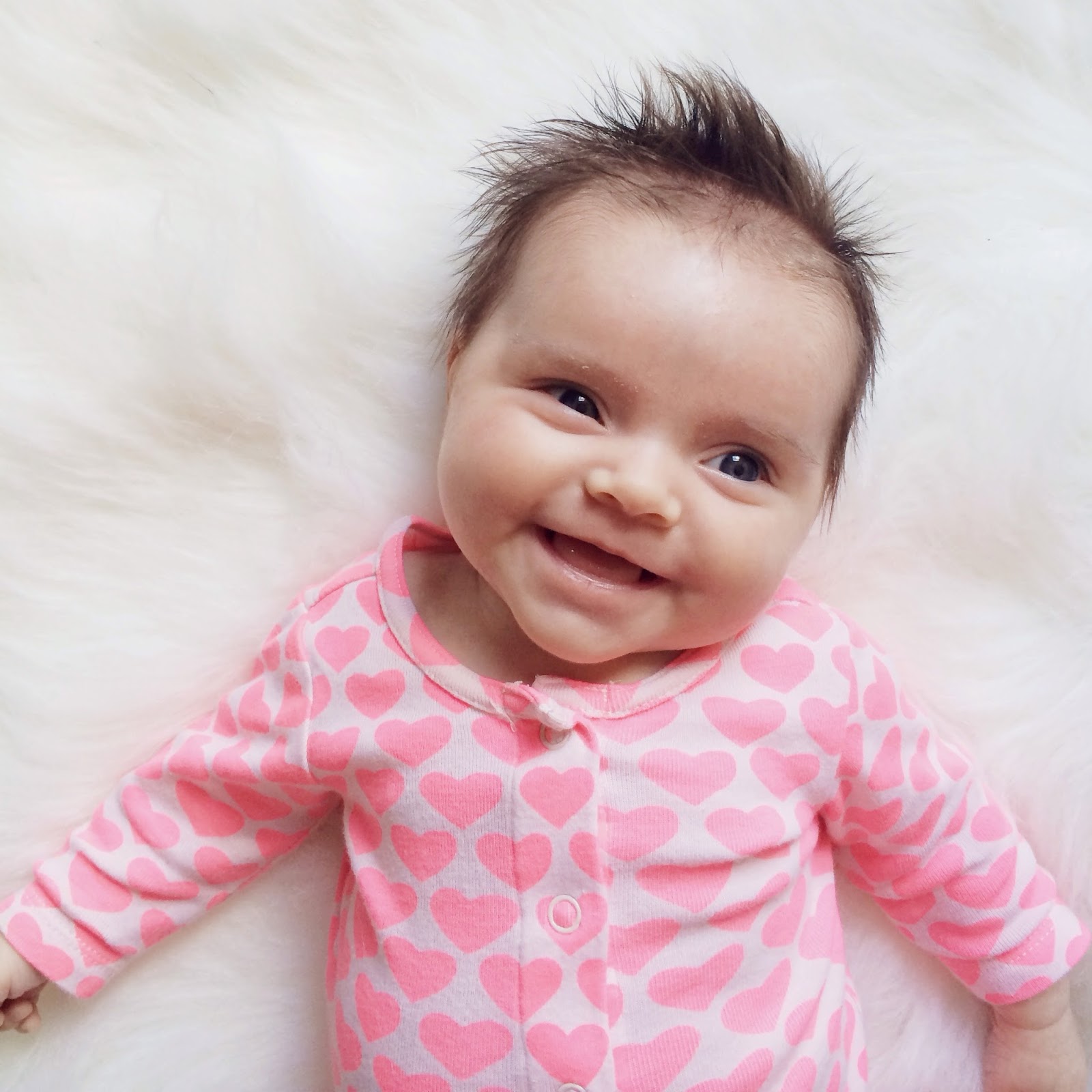 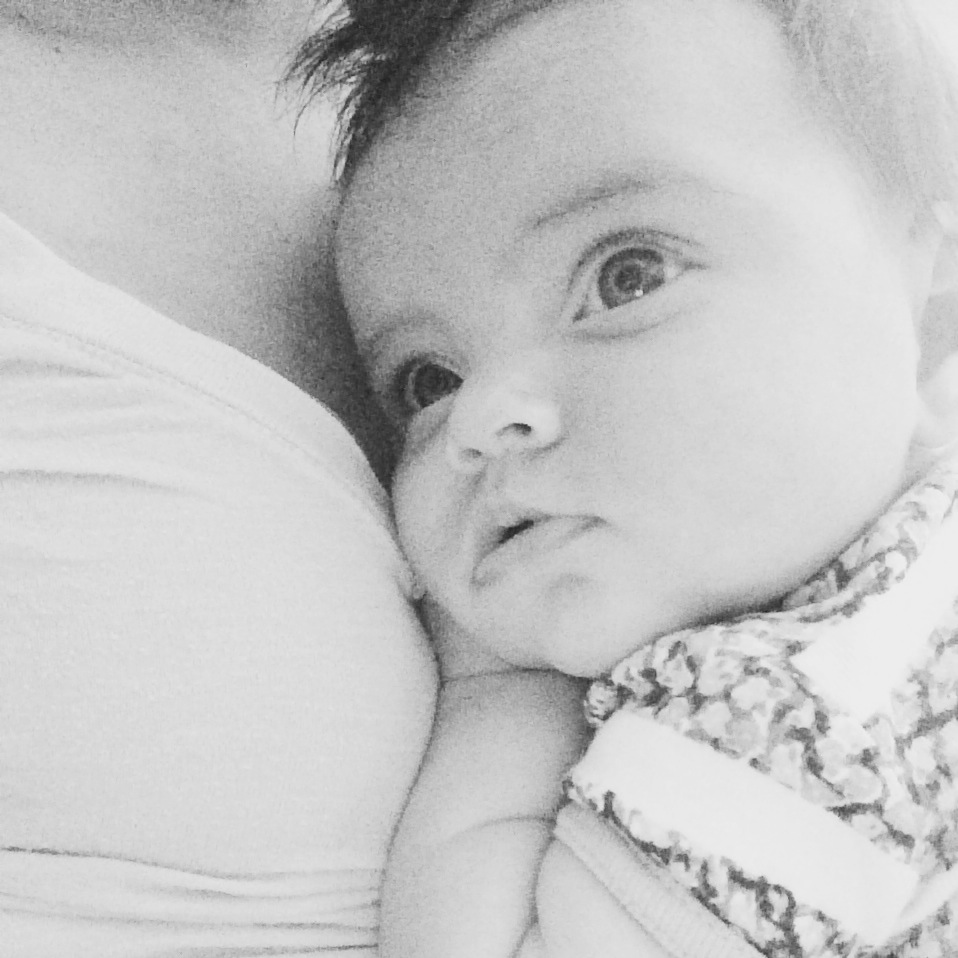 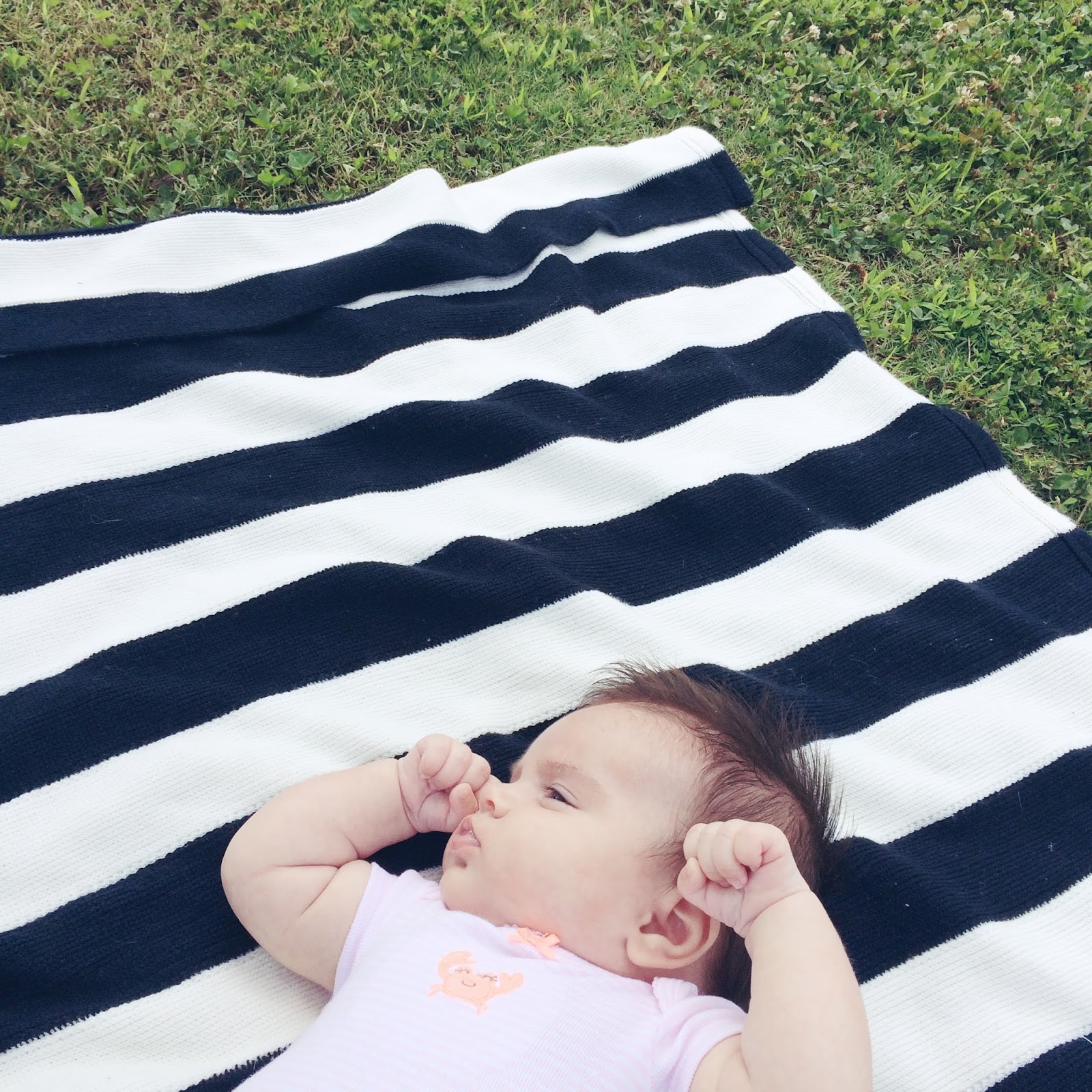 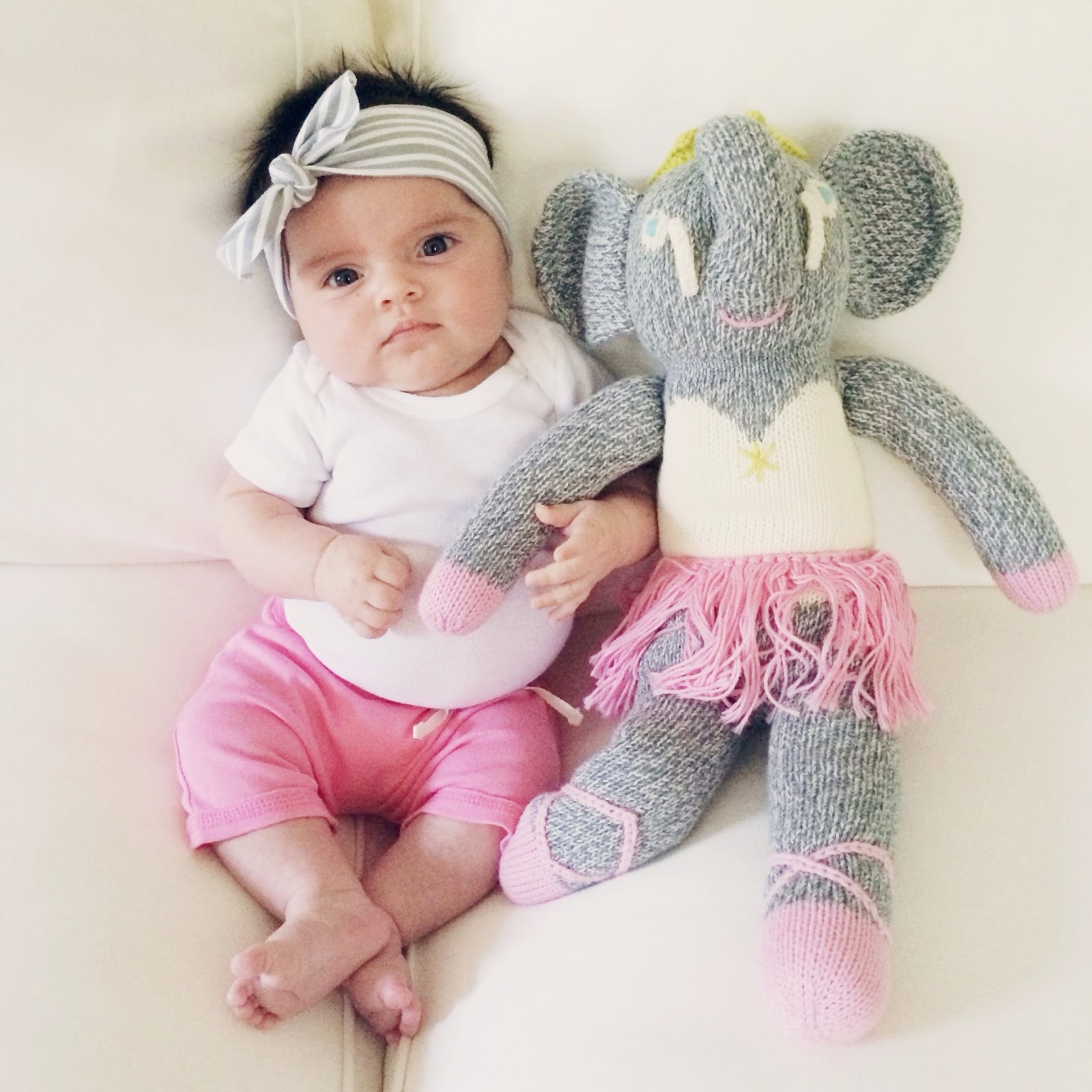 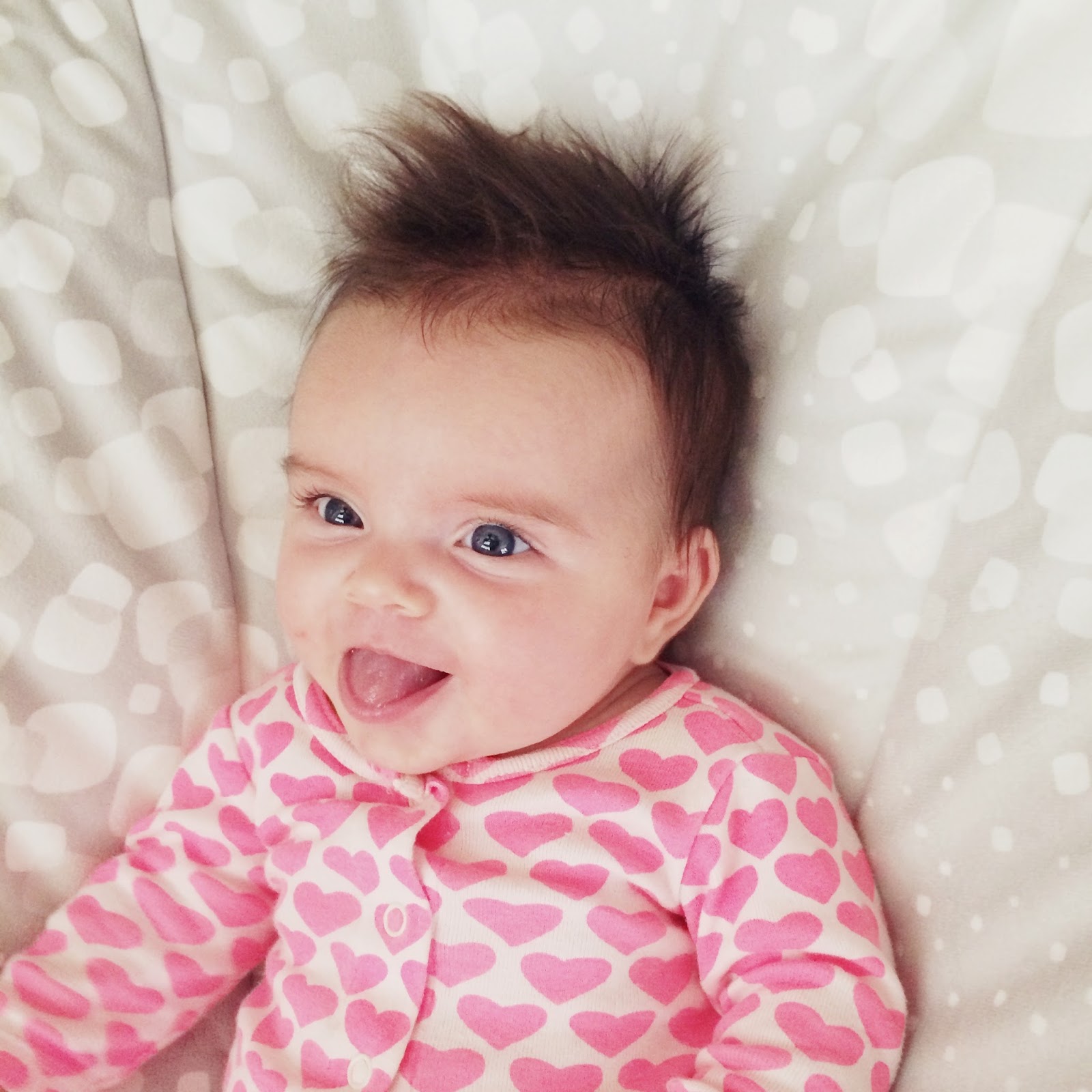 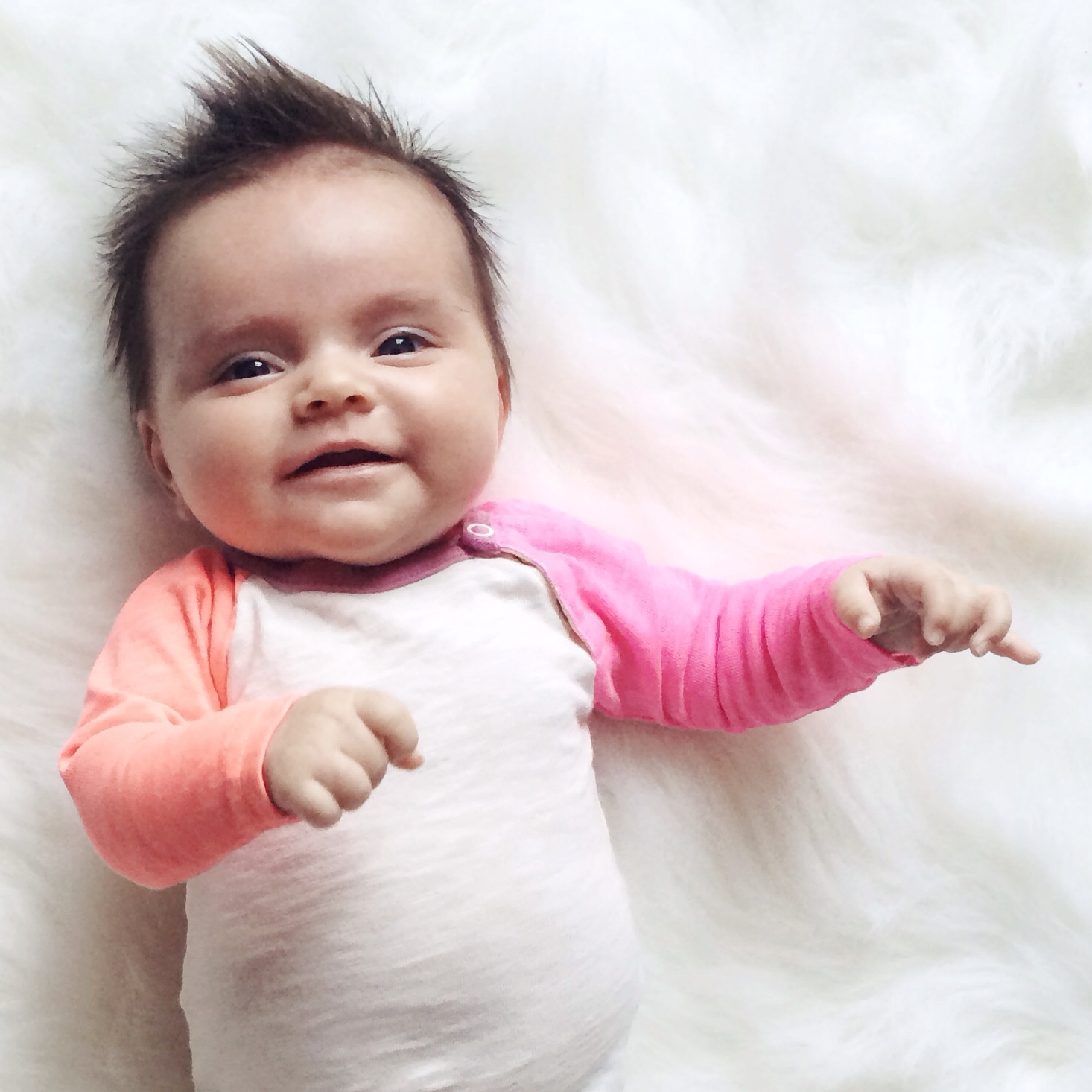 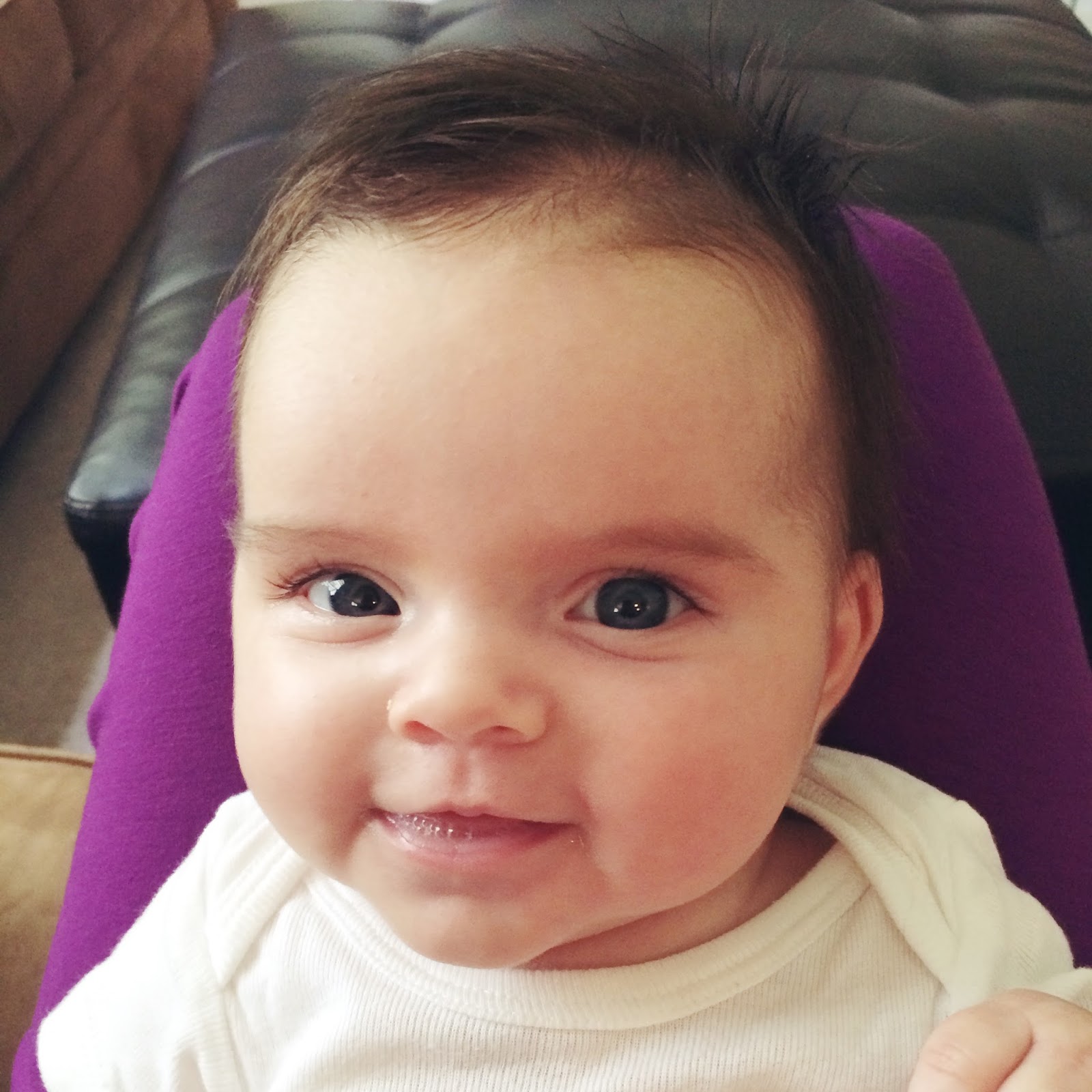 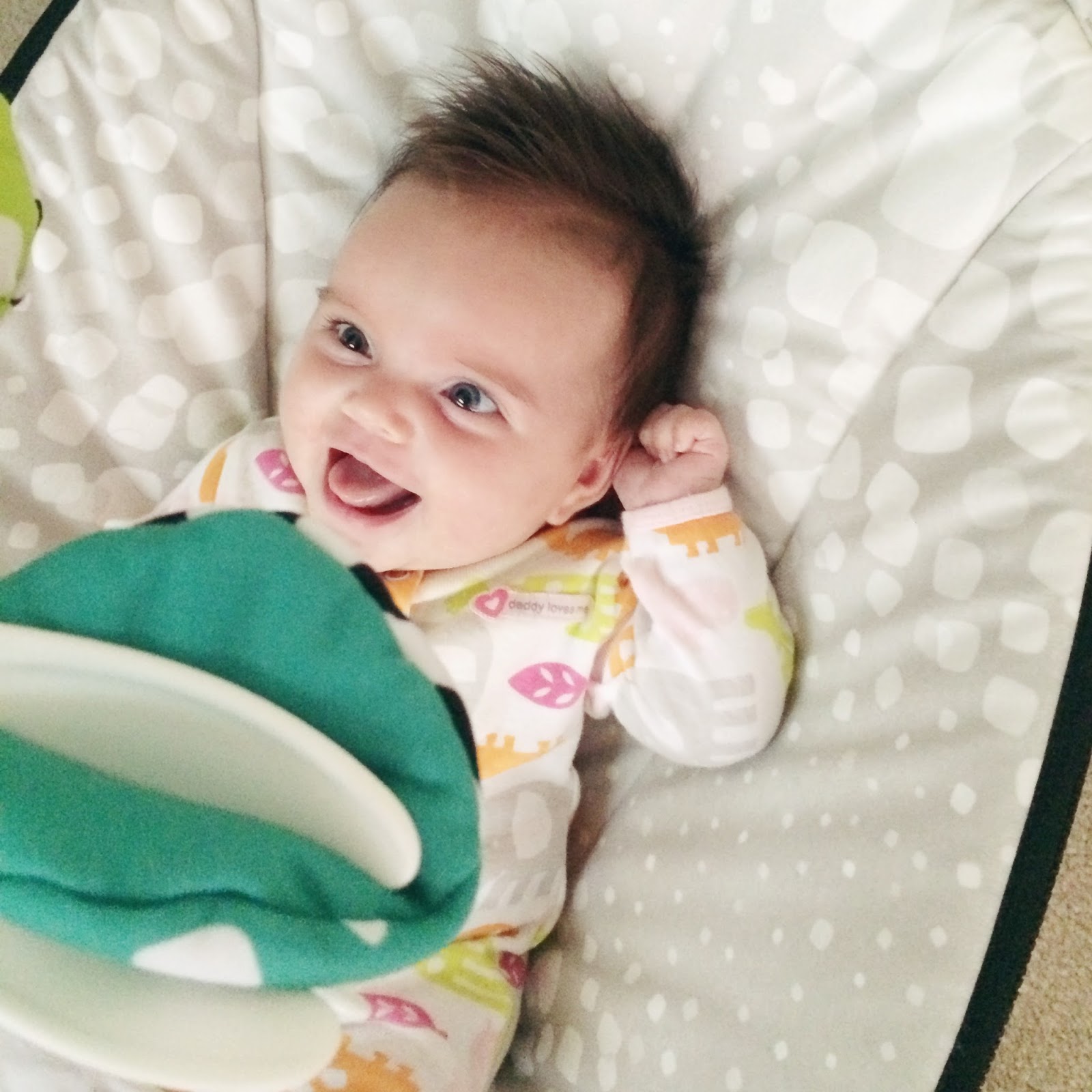 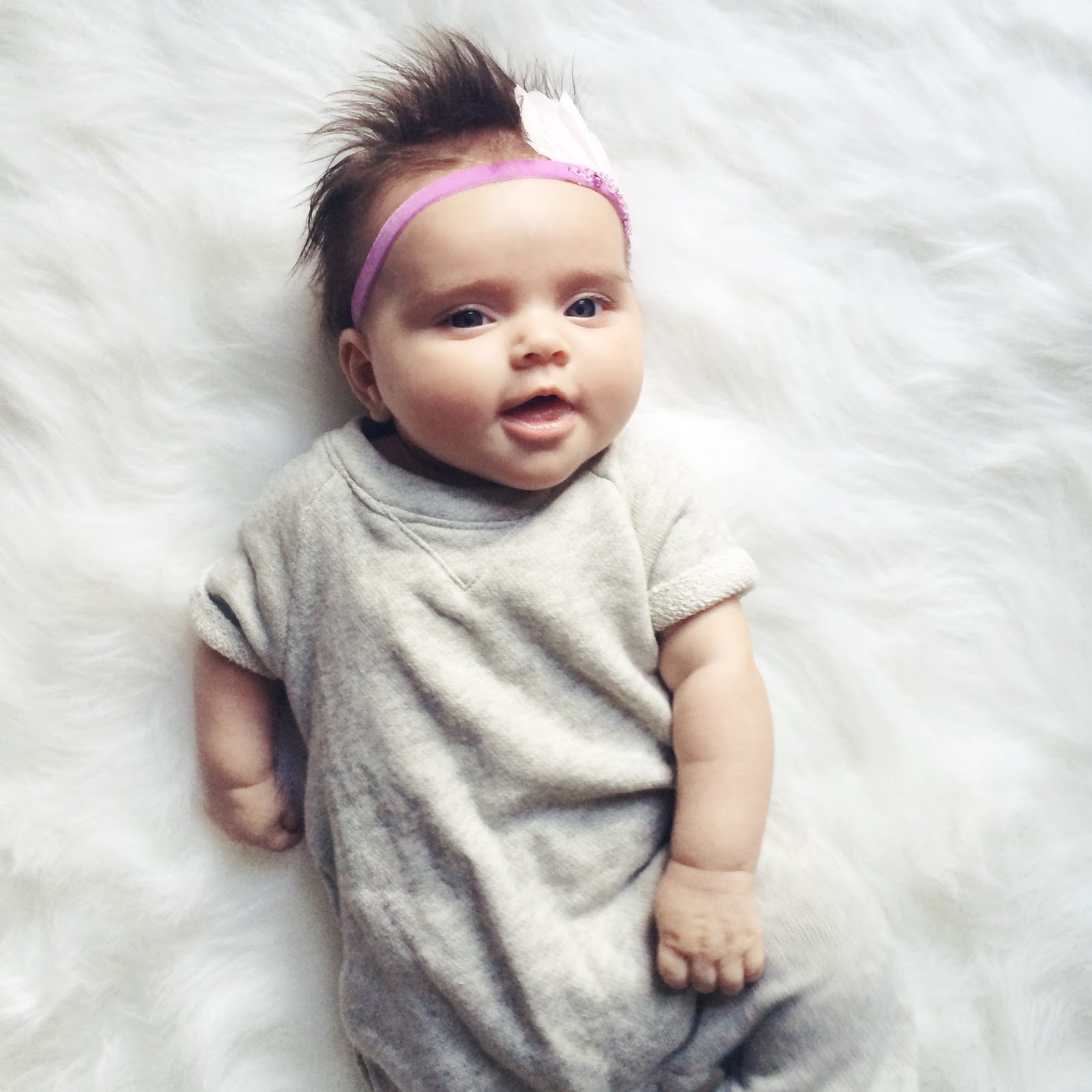 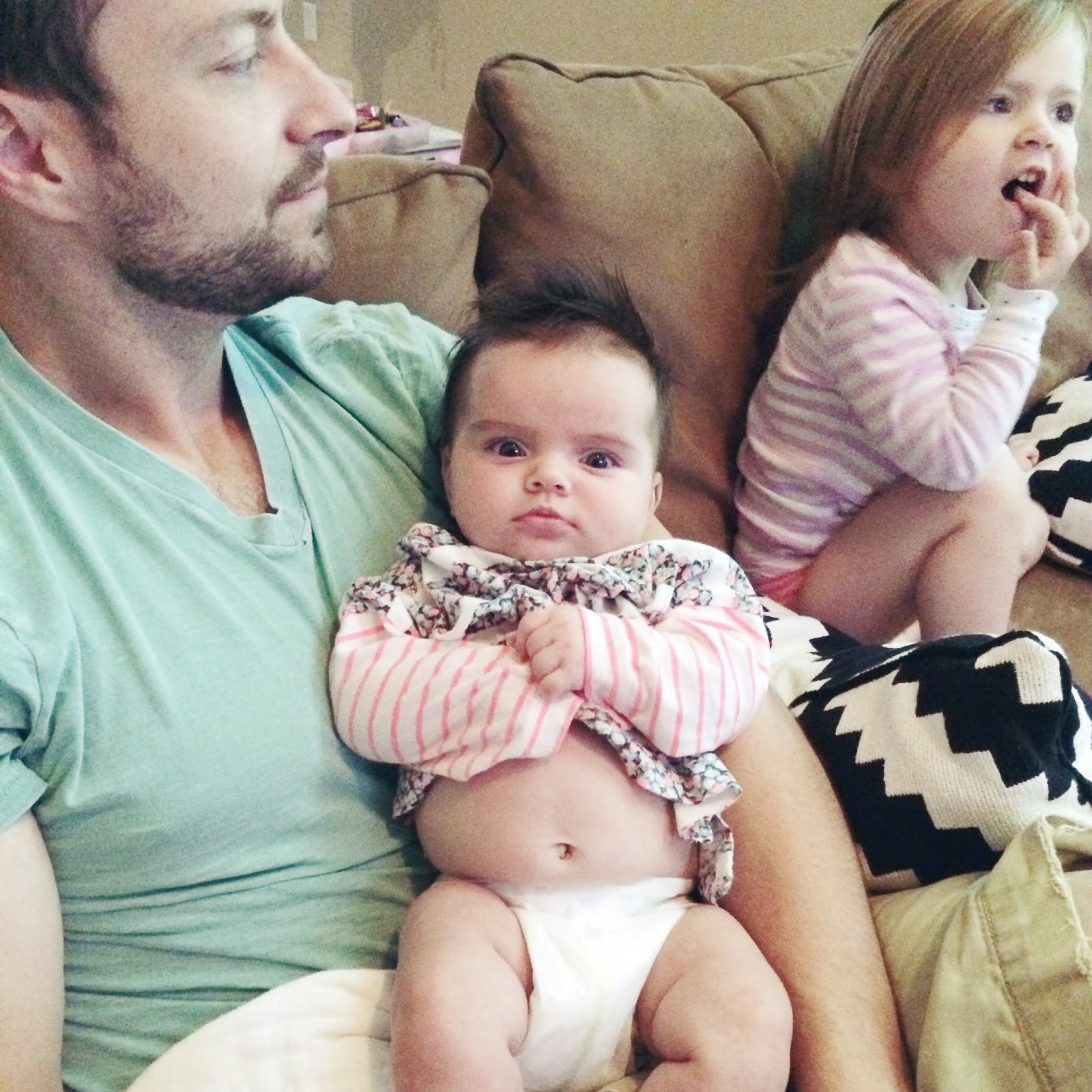 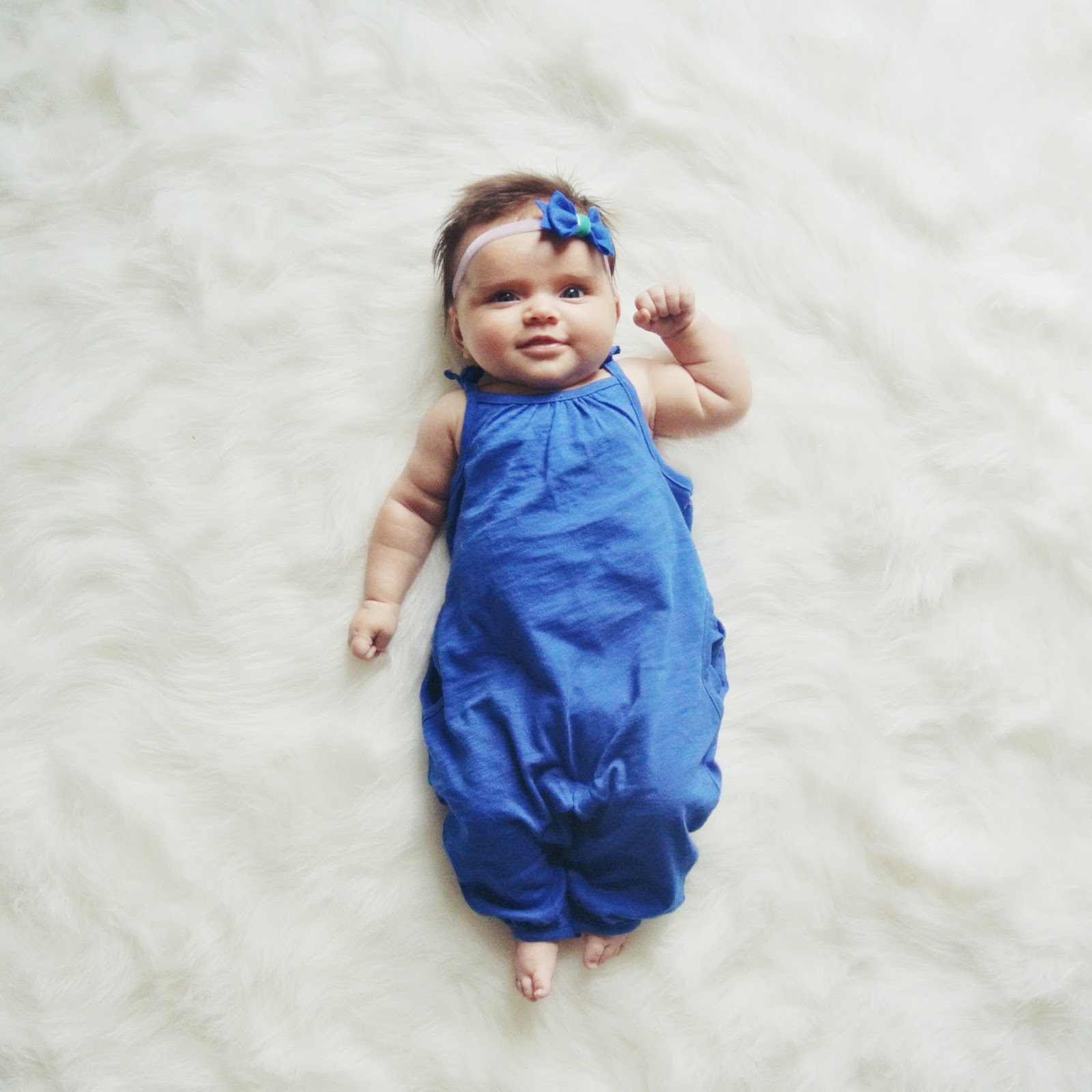 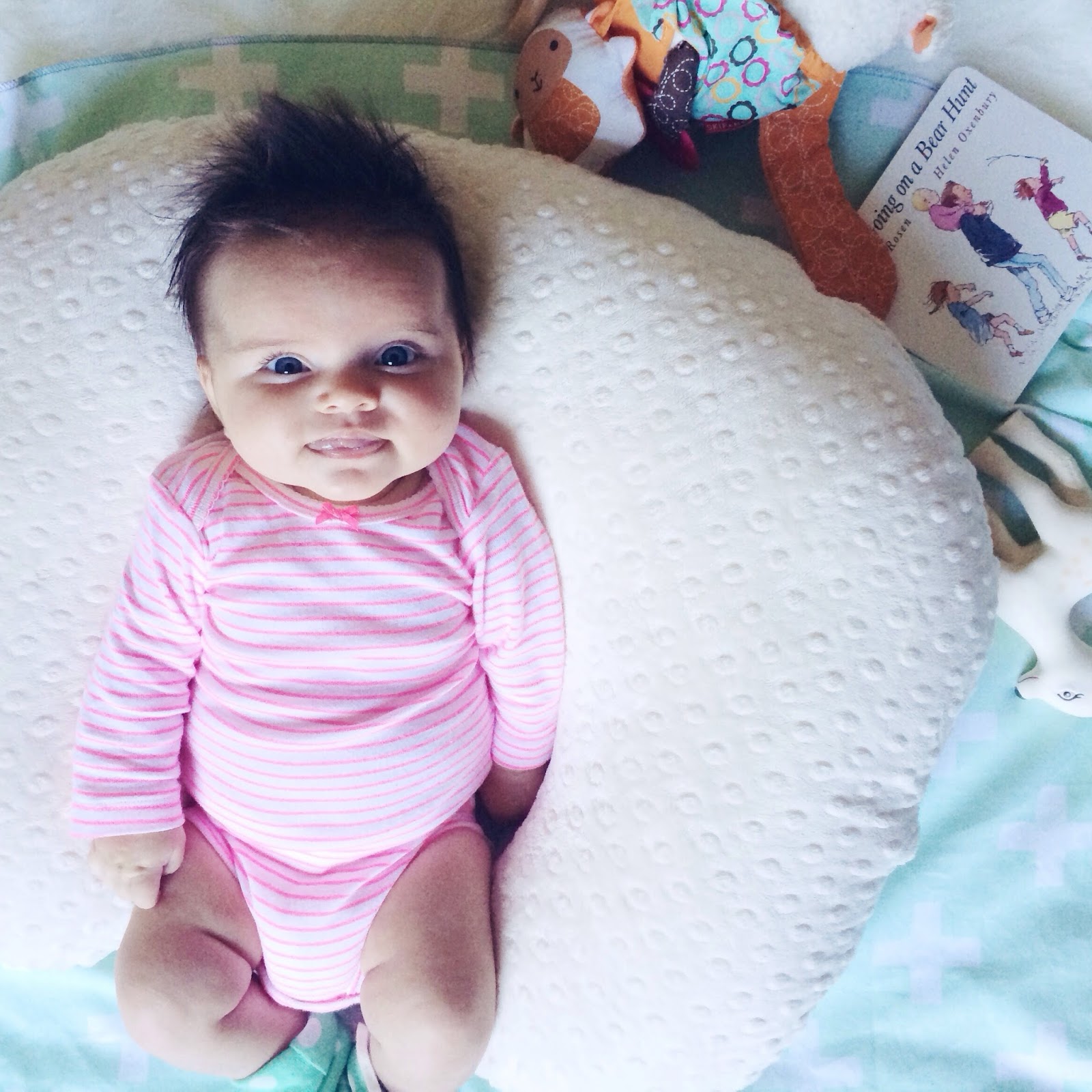 Happy almost three months Eloise Ruby!
Today we are celebrating Brandon’s 29th birthday! Harper was so excited to tell him Happy Birthday all morning, then by the time we got to his work to see him, I said “Harper remember what you’re supposed to tell daddy!?” Her response, “I pooped on the potty!”
Equally celebratory.
Wishing the happiest of birthdays to our favorite person in the entire world! 🙂
18