Happy November! I am always so sad when Halloween is over, even though there are so many more fun things to look forward to right now. Halloween night is my favorite night of the year, and this year was no exception! We spent the day getting our house all ready, set out our candy, put spiderwebs outside, put some finishing touches on our costumes & made a quick trip to Chipotle for lunch in our witch hats for $3 BOOritos.
We had our annual Halloween party, it’s really pretty low key, just some good food & drinks on the back patio. We made BBQ pork in the crockpot but mostly filled up on sweets. I tried a new recipe for dark chocolate cupcakes, probably my favorite yet! We also had dipped pretzels, white chocolate popcorn & donuts for the kids. 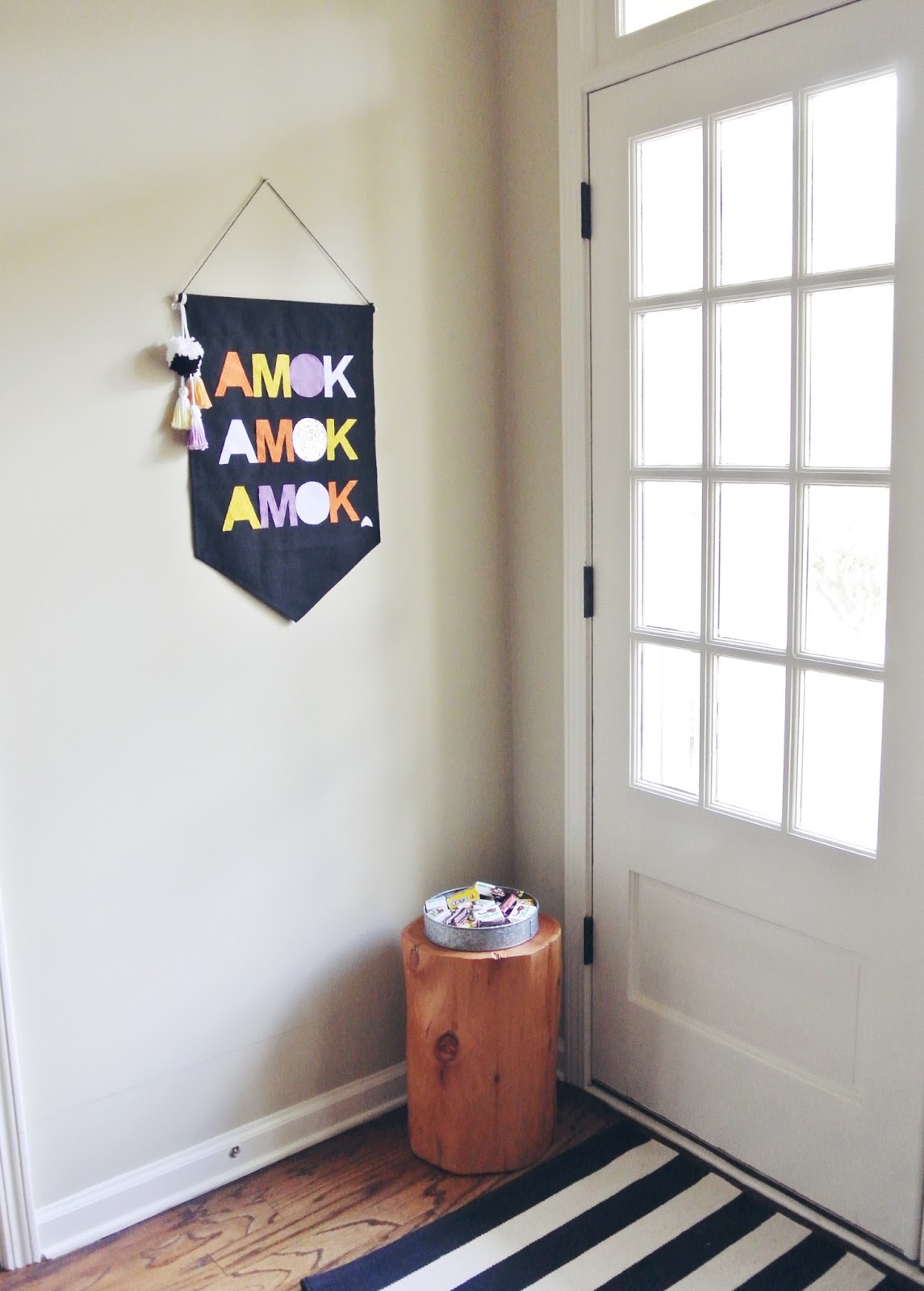 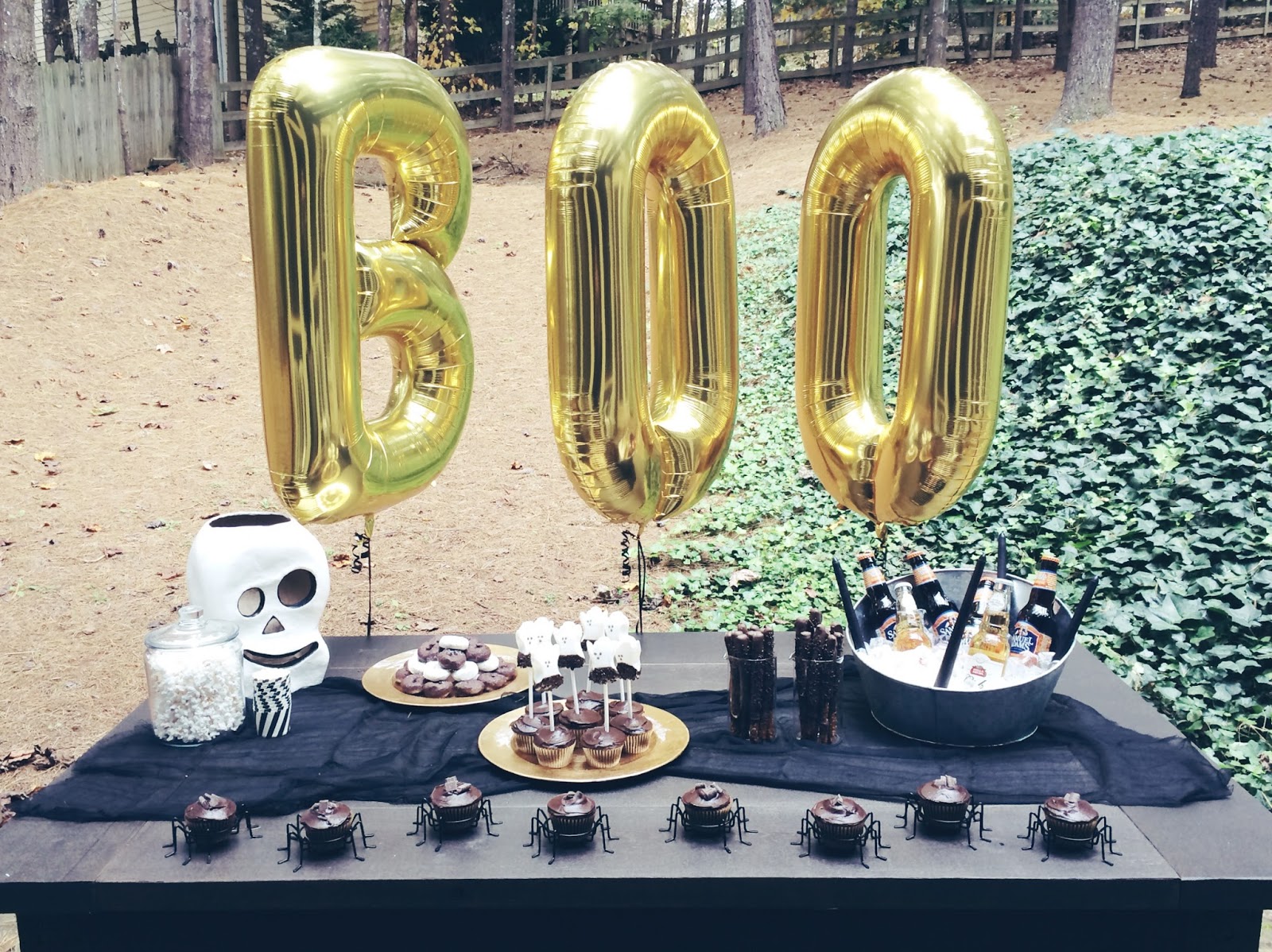 I have been so excited about these costumes since I was pregnant & found out that Eloise was a girl. I have been pulling together pieces for our costumes all year! My wig was actually from the Brave costume, Harper’s was from a Barbie costume & we had the cutest matching witch hat headbands made by my favorite Little Blue Olive. Harper’s costume was my favorite, I found the cutest little brown boots last minute at Target & they were perfect for Sarah Sanderson. I love them so much & definitely plan for her to keep wearing them! She was so excited for her costume, especially after Minnie Mouse was a witch in the most recent Halloween episode, she carried her broom around all day (making a huge mess with it) & was so ready to get her Trick or Treat on!! 😉 I especially loved it because I was a witch for my third Halloween as well!! 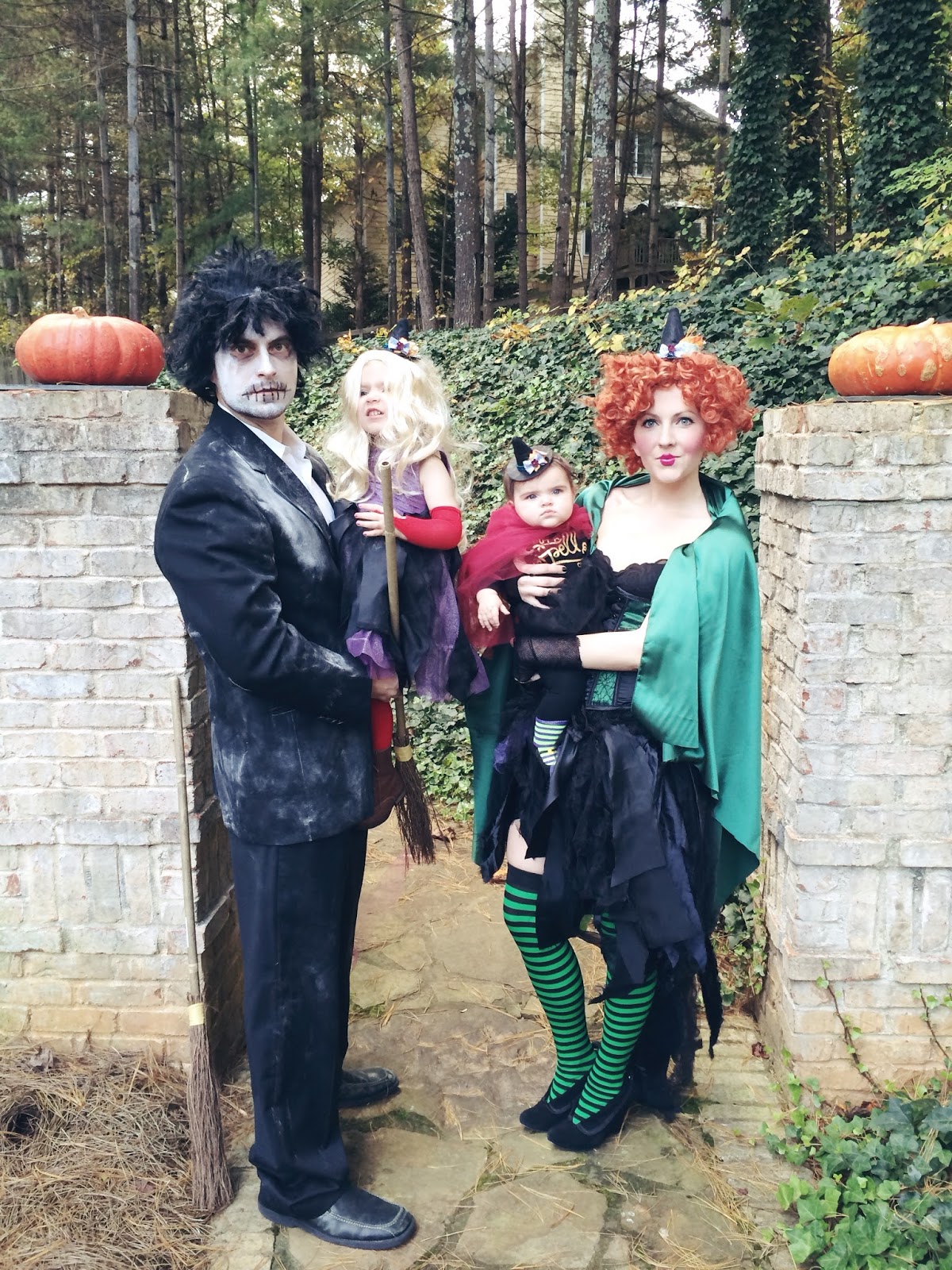 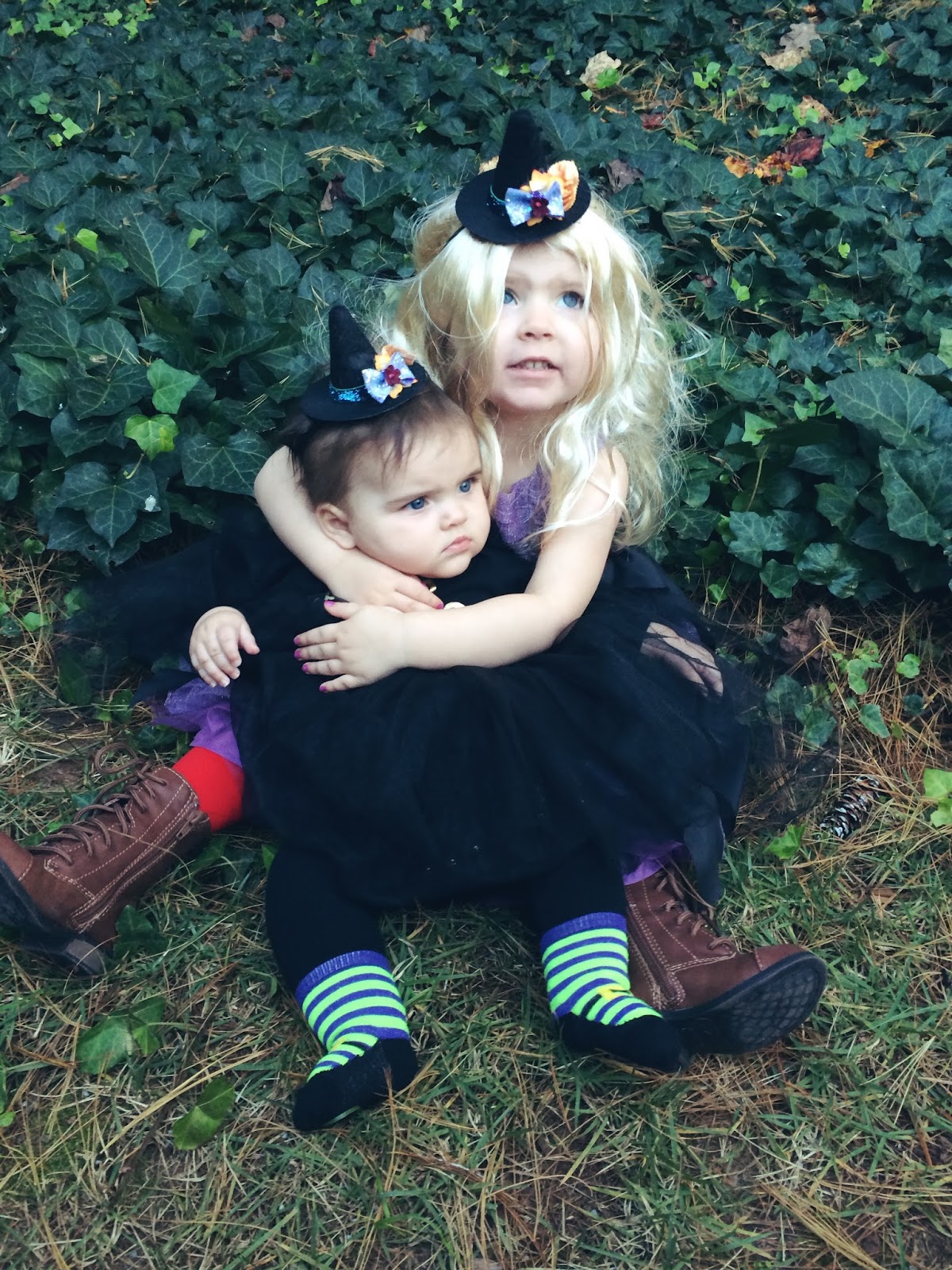 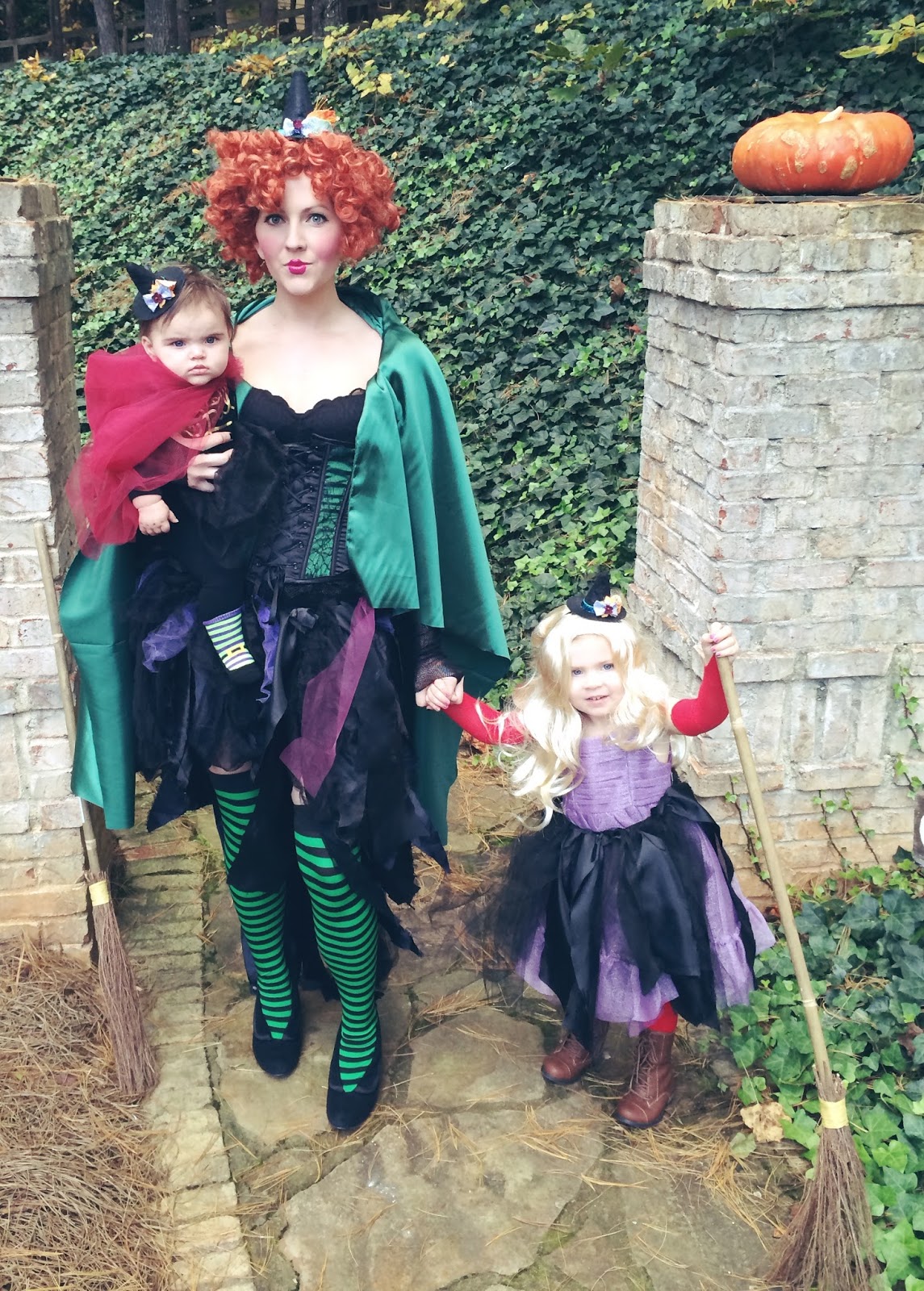 Trick or Treating with Harper was hilarious. She walked right in the first house like she owned the place. We were laughing so hard! After every house, she asked if she could get some more trick or treats in her bucket. After only a few houses, it got pretty cold so we had to stop back home to put on coats, and then halfway through the night it started pouring rain. But it was fun while it lasted!! 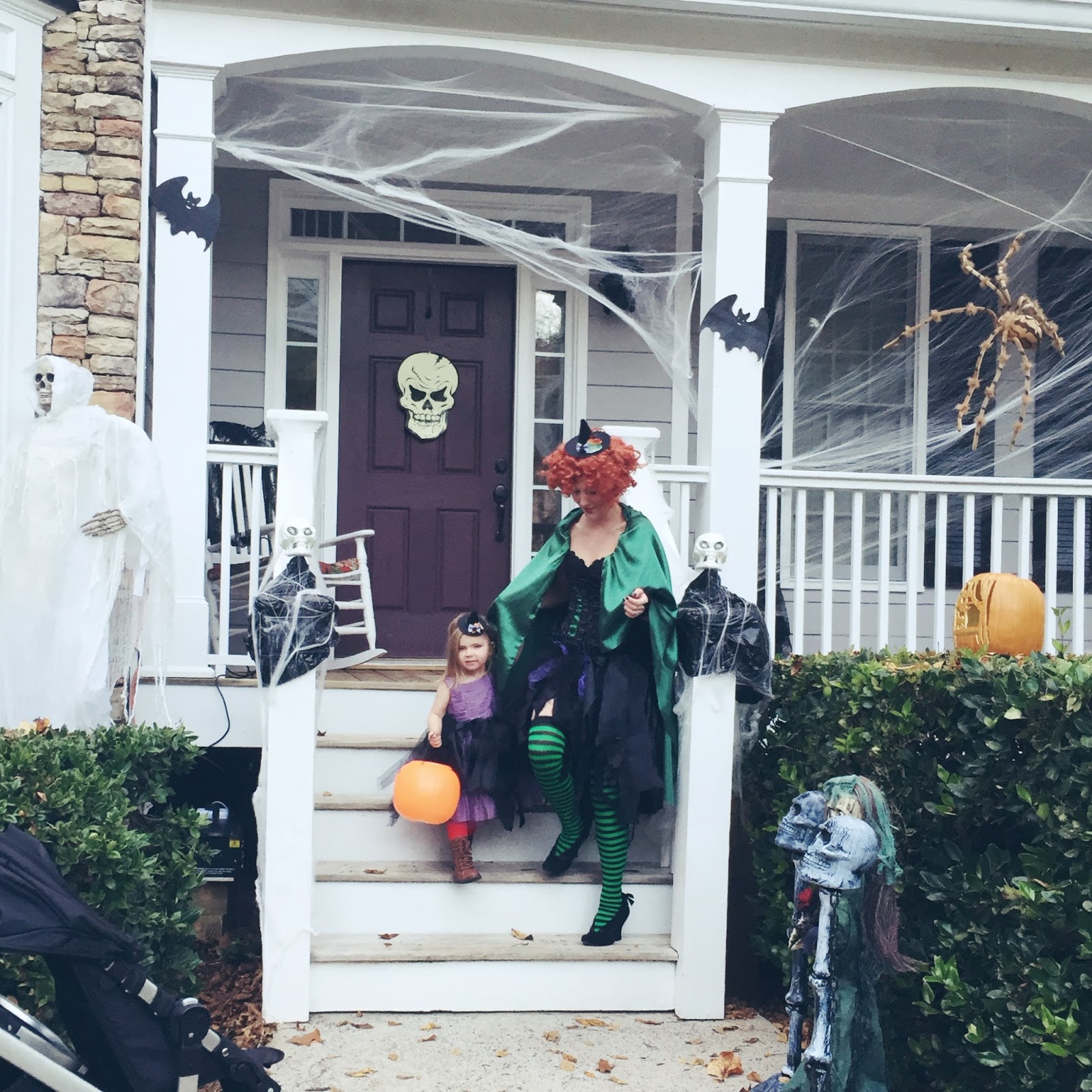 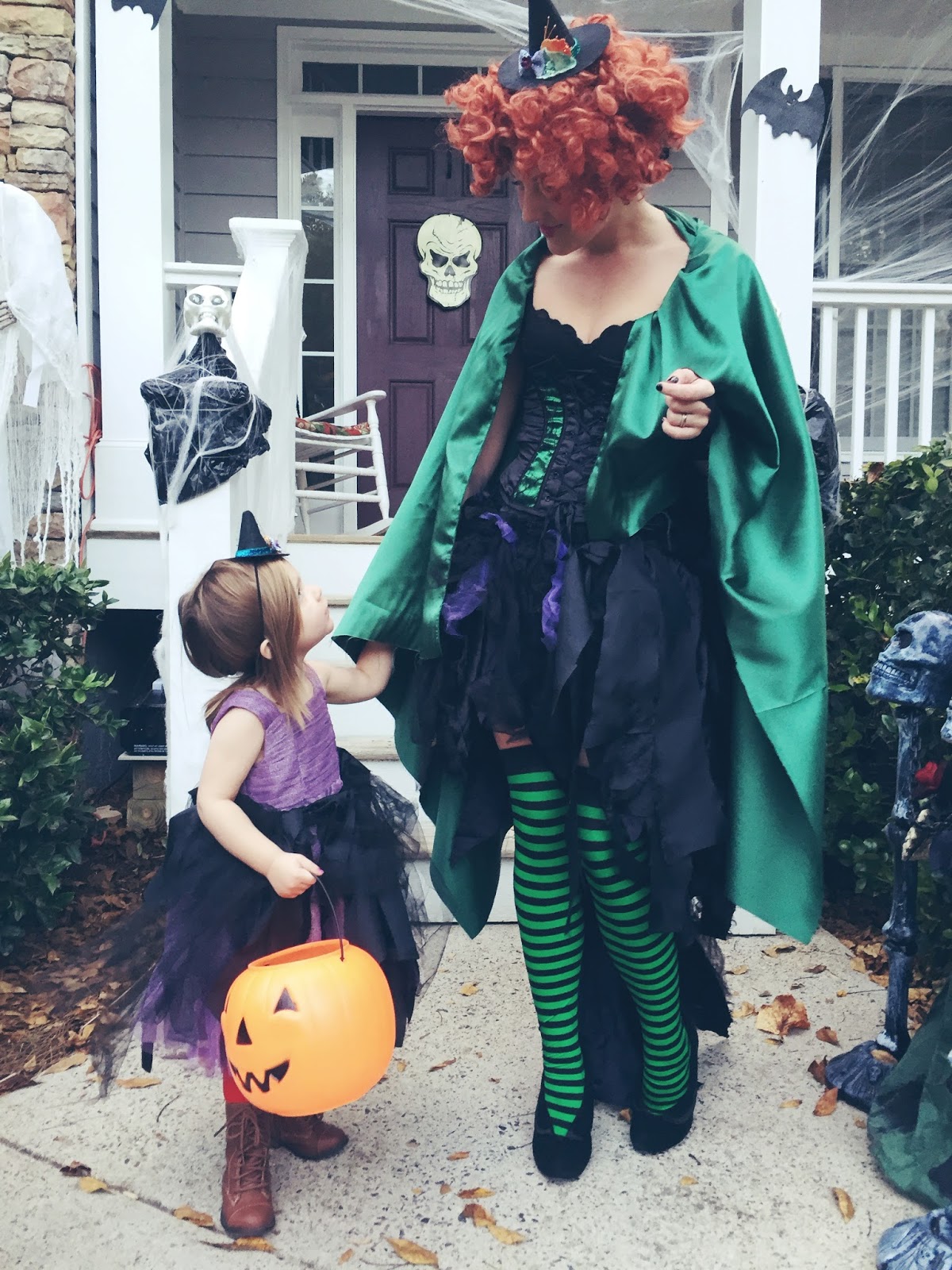 And a special thank you to Mr. Garvin, for being so much fun & rocking his Billy Butcherson costume like a champ!! 😉 Hope you all had the best Halloween!!! It might be Monday but it’s officially the holiday season, certainly a reason to smile! XO
36
Happy Halloween!
Holiday Mini Style