For the last seven days, I have been flying solo with both girls while Brandon was out of town, single parenting my way to crazytown one day at a time. In true worst-case-scenario fashion, it thunderstormed almost every single day, which meant going outside was not an option & naps would be interrupted like clockwork by loud cracks of thunder. As if Eloise was even sleeping to begin with. I honestly think it wouldn’t have been so bad if I would have had a full night’s sleep here & there to recharge my battery, but no such thing. It was also my first week back to work (from home), and although it isn’t full time, it gave a whole new definition to the word impossible.
A little recap in the most simplified of terms because there is champagne to be drank & naps to be had.
Seven: The number of times Harper said, “Mama, did you make that mess?” when, in fact, she was the one who colored on the wall (and piano keys), watercolor painted most of her body & unloaded four hundred diapers onto the bedroom floor. 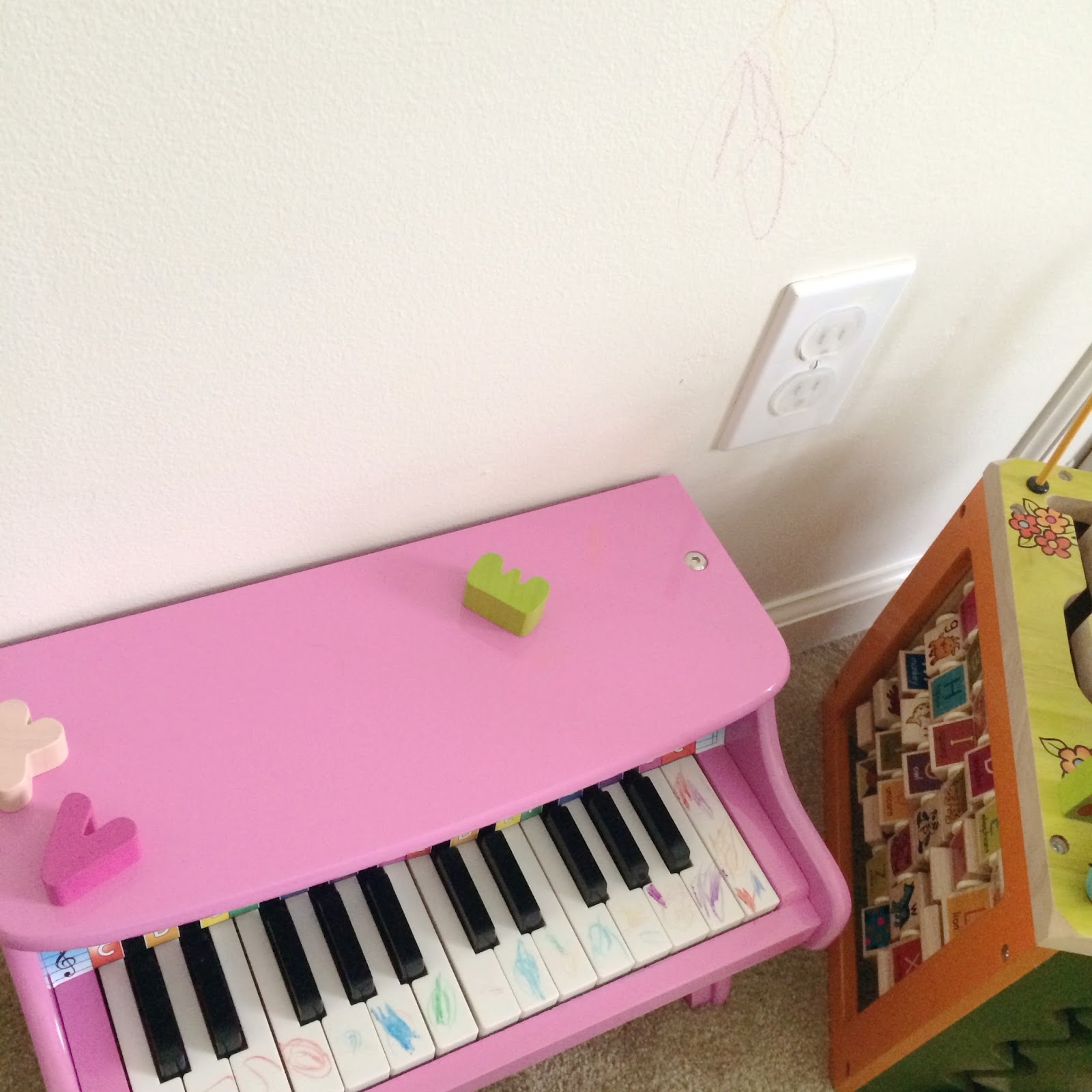 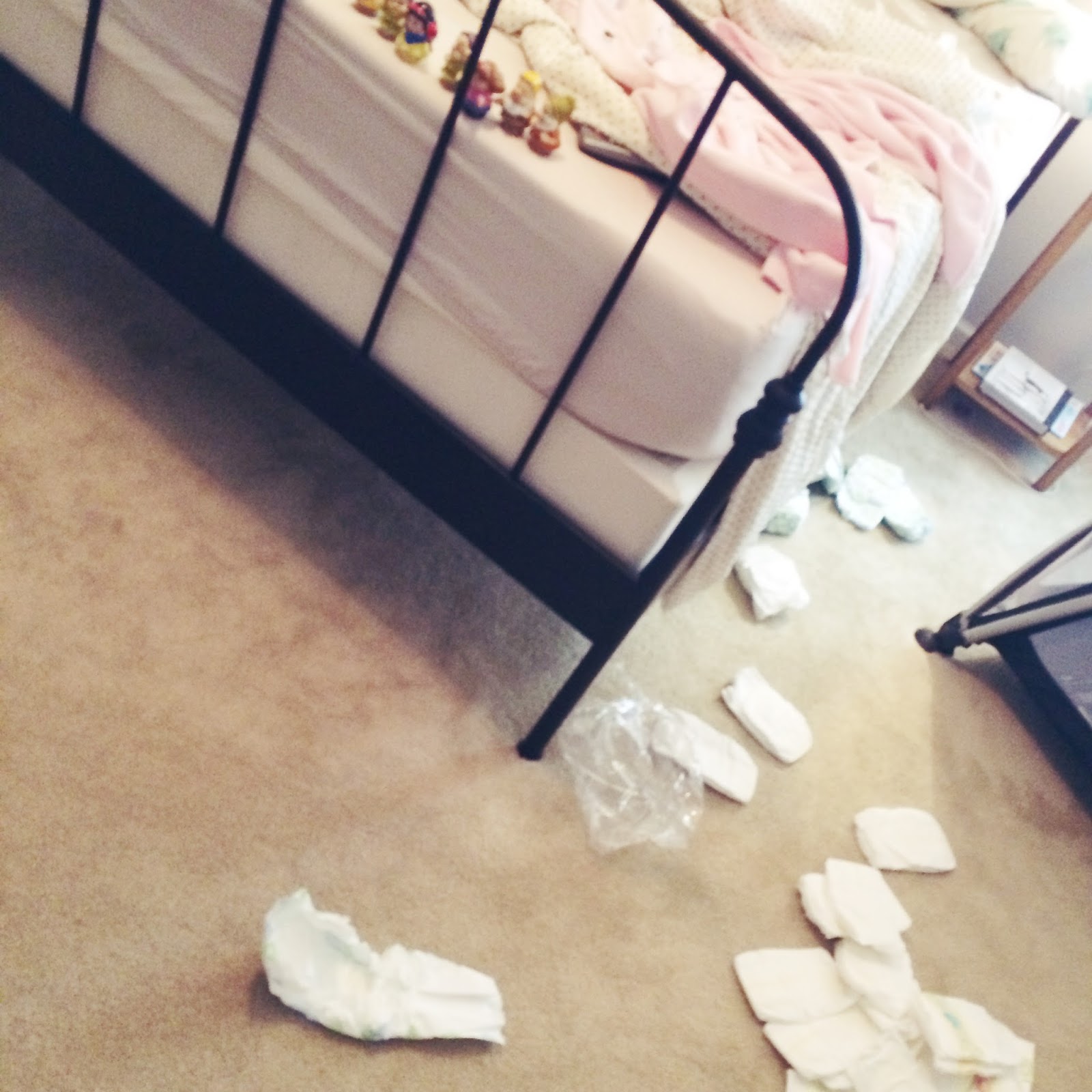 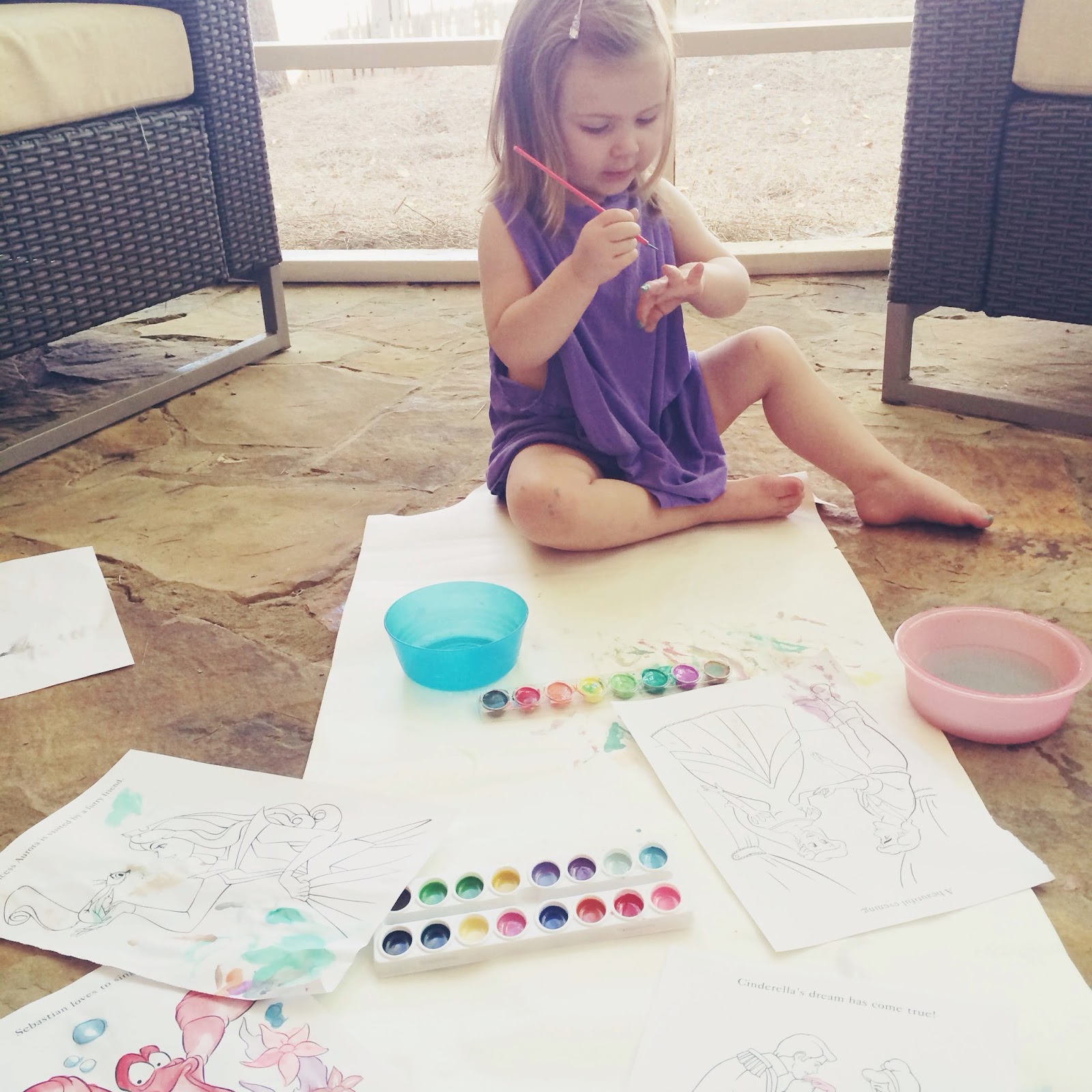 Six: The number of days we sent picture messages to Brandon begging him to come home early. None today, and only because I knew he was already on a plane. Ellie’s face really says it all. 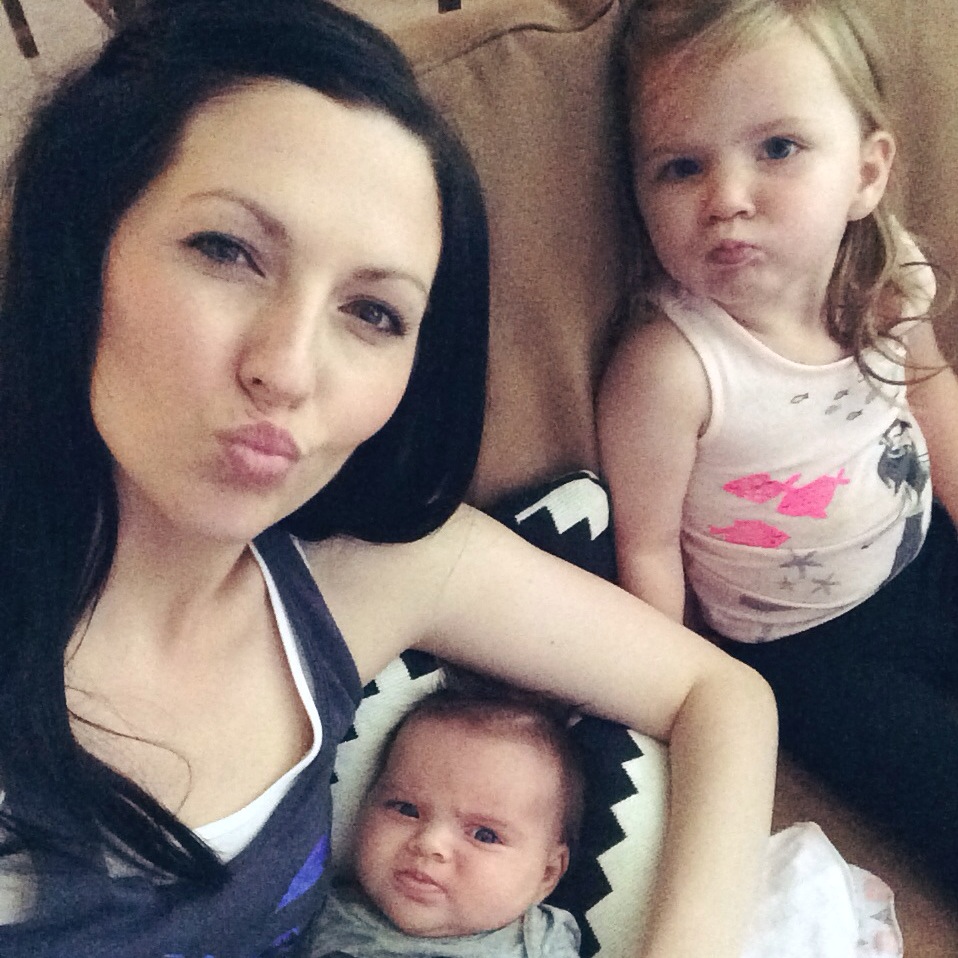 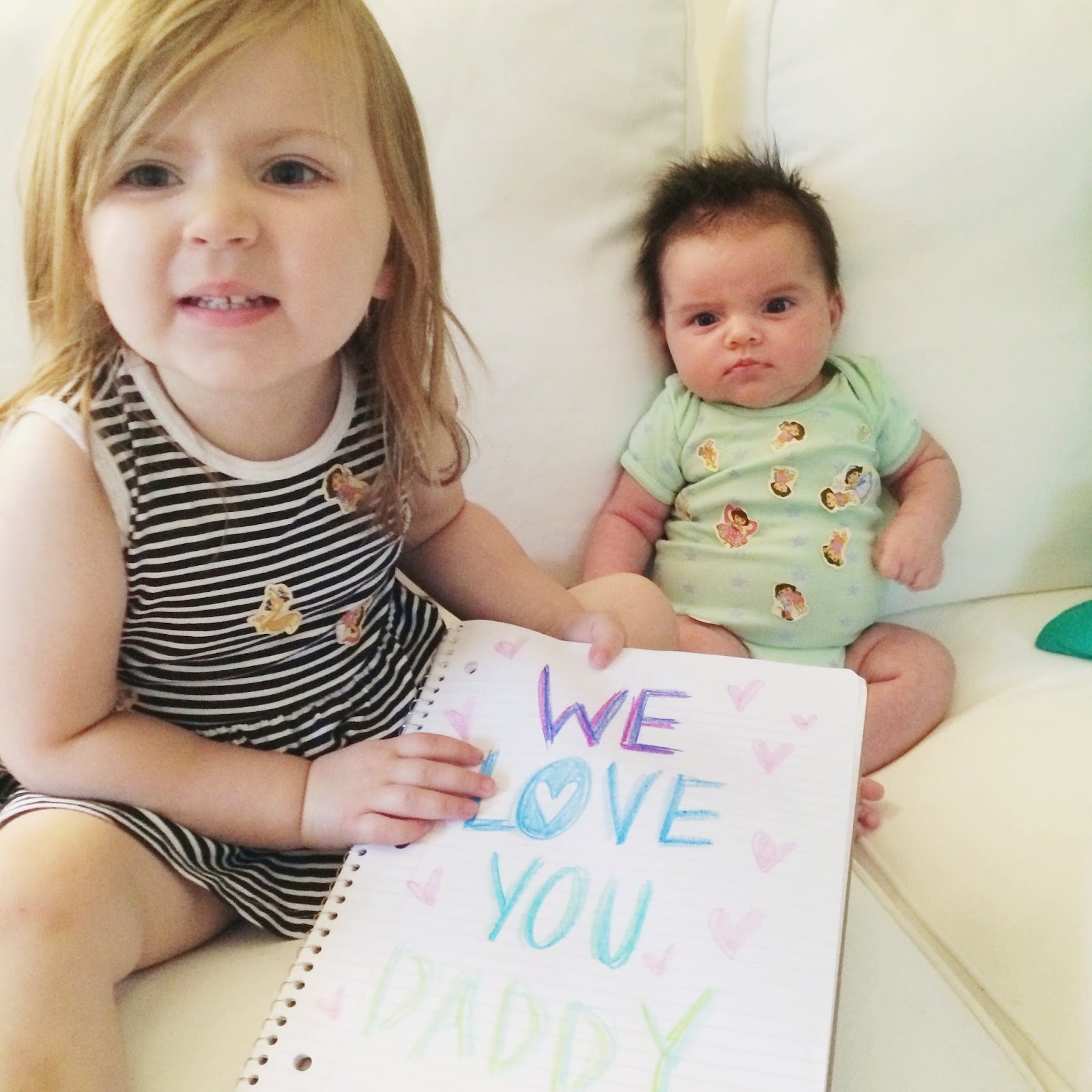 Five: Number of times I thought to myself, I can totally do this. Also the number of times I realized that I was totally wrong.
Four: The number of times the mailman rang the doorbell & I was positive it was a murderer.
Three: Number of hours it took each night to do our bath & bedtime routine. Orchestrating that shitshow alone should have come with a “do not attempt these stunts at home, these are trained professionals” warning sticker. Three is also the total number of consecutive hours of sleep that I got all at once during the entire week.
Two: The number of times we attempted to leave the house, only to find it start pouring down rain as we were loading up into the car. There are a lot of things I can do, but getting groceries in a torrential downpour with a baby & a toddler is not one of them.
One: The number of computers ruined during the week by a spilled cup of coffee. Don’t nurse and drink and type and entertain a toddler. Also the number of times Harper burst into Eloise’s room & woke her up from her already non existent nap. 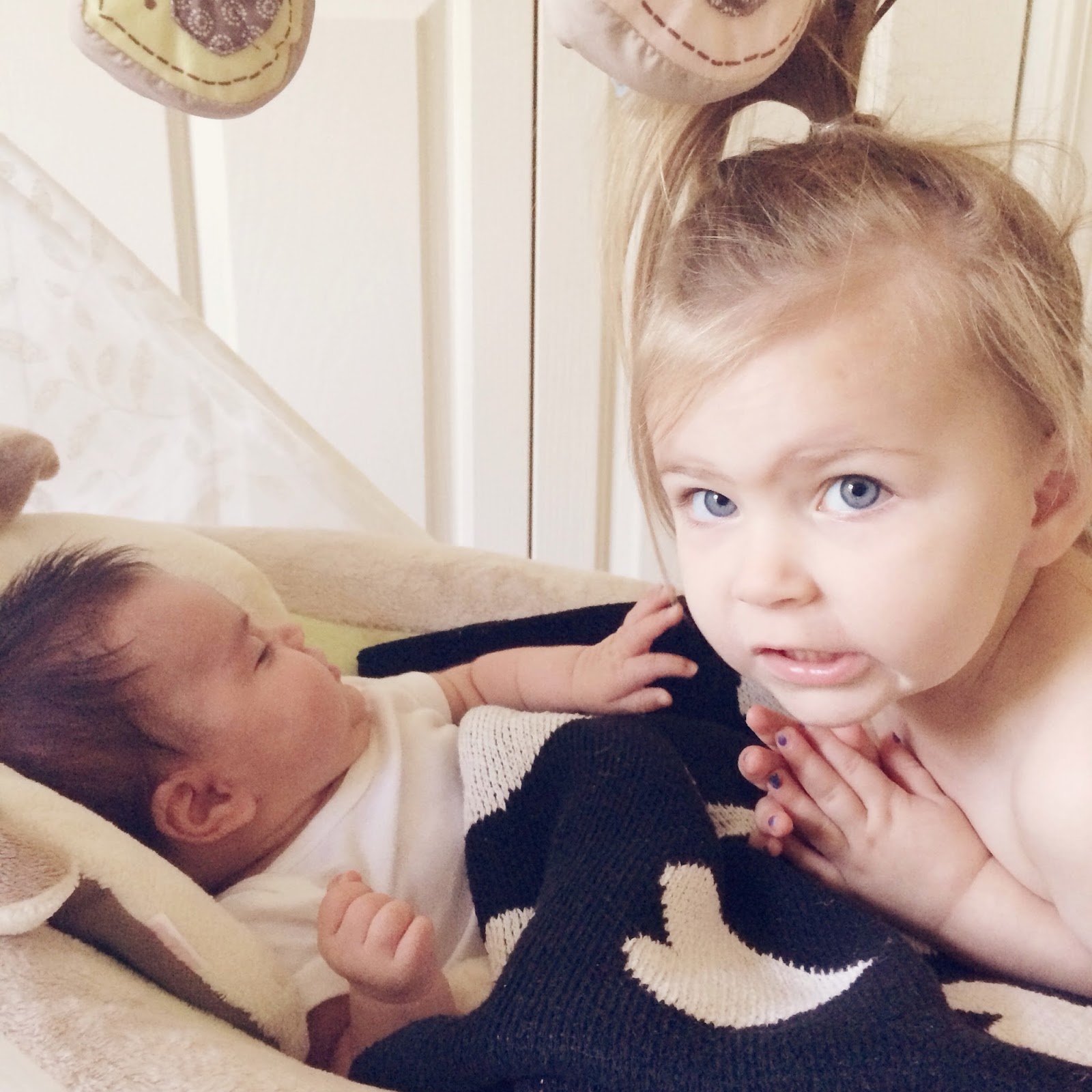 Single parenting is no easy task, so hats off to all of you that do it on the reg. I have all the respect in the world for you. There were lots of meltdowns (both the girls & myself) but in all honesty, I could not be more obsessed and entertained with these two little ladies. We had lots of good bonding time. And of course, have never been so happy to have my other half (and my sanity) back. Ready to leave this crazy week behind & have some Fourth of July fun.
6
Iced Coffee
4th of July Week 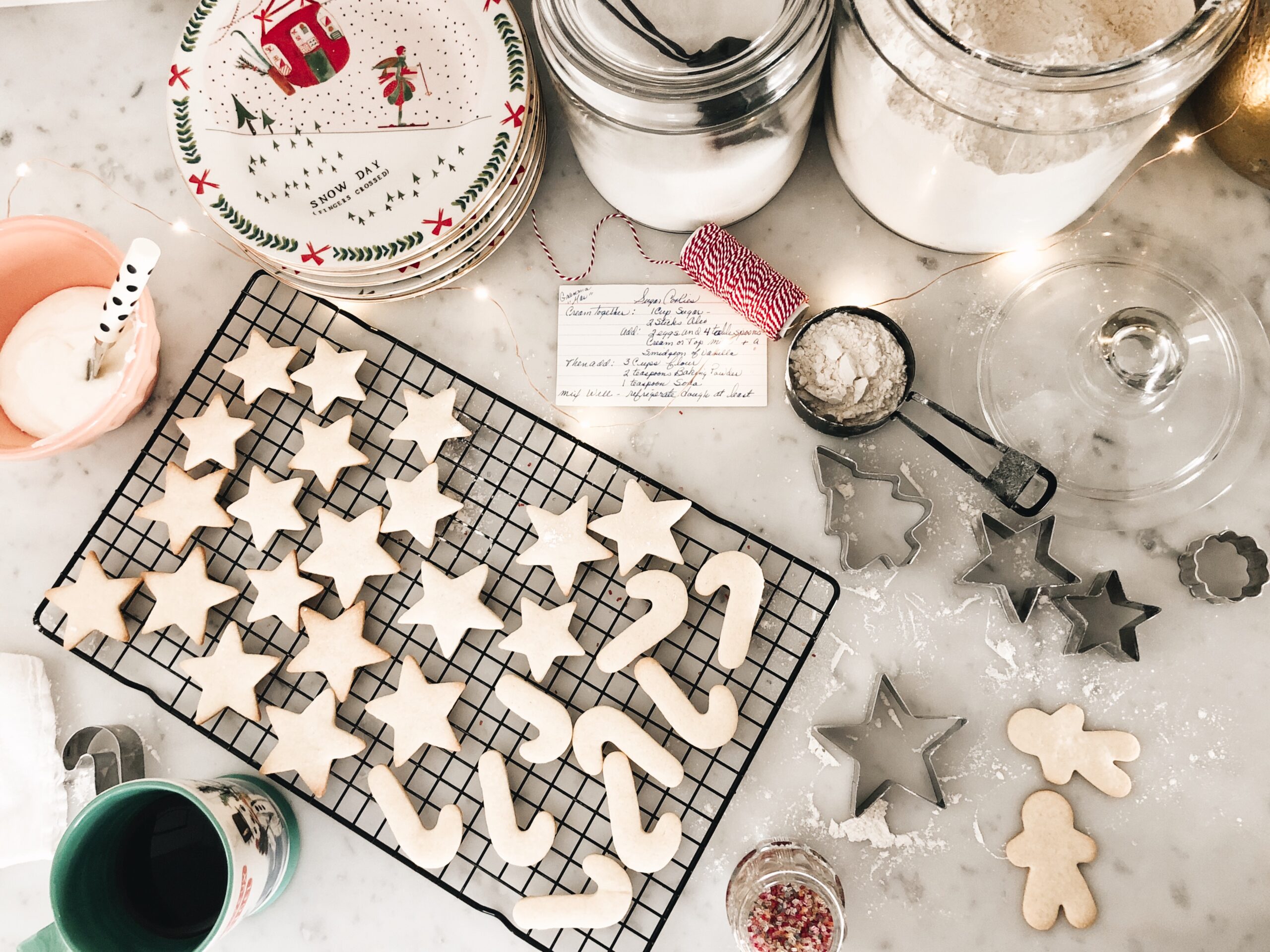