We are home from Disney, such fun (albeit crazy & chaotic, as always) trip, just in time for an ice storm last night. The drive was only six and a half hours (ish), we got a set of DVD players for the girls to watch movies in the car, and Eloise only cried for maybe 51% of the trip. Could have been worse. Harper did amazing on the car ride, she was just so excited to get there & wanted to watch all the princess movies she could before we arrived. We were so happy to finally get to our hotel Friday afternoon, we let the kids run (or I should say jump) off some energy before grabbing dinner & then watching Sea World fireworks and crashing for the night. 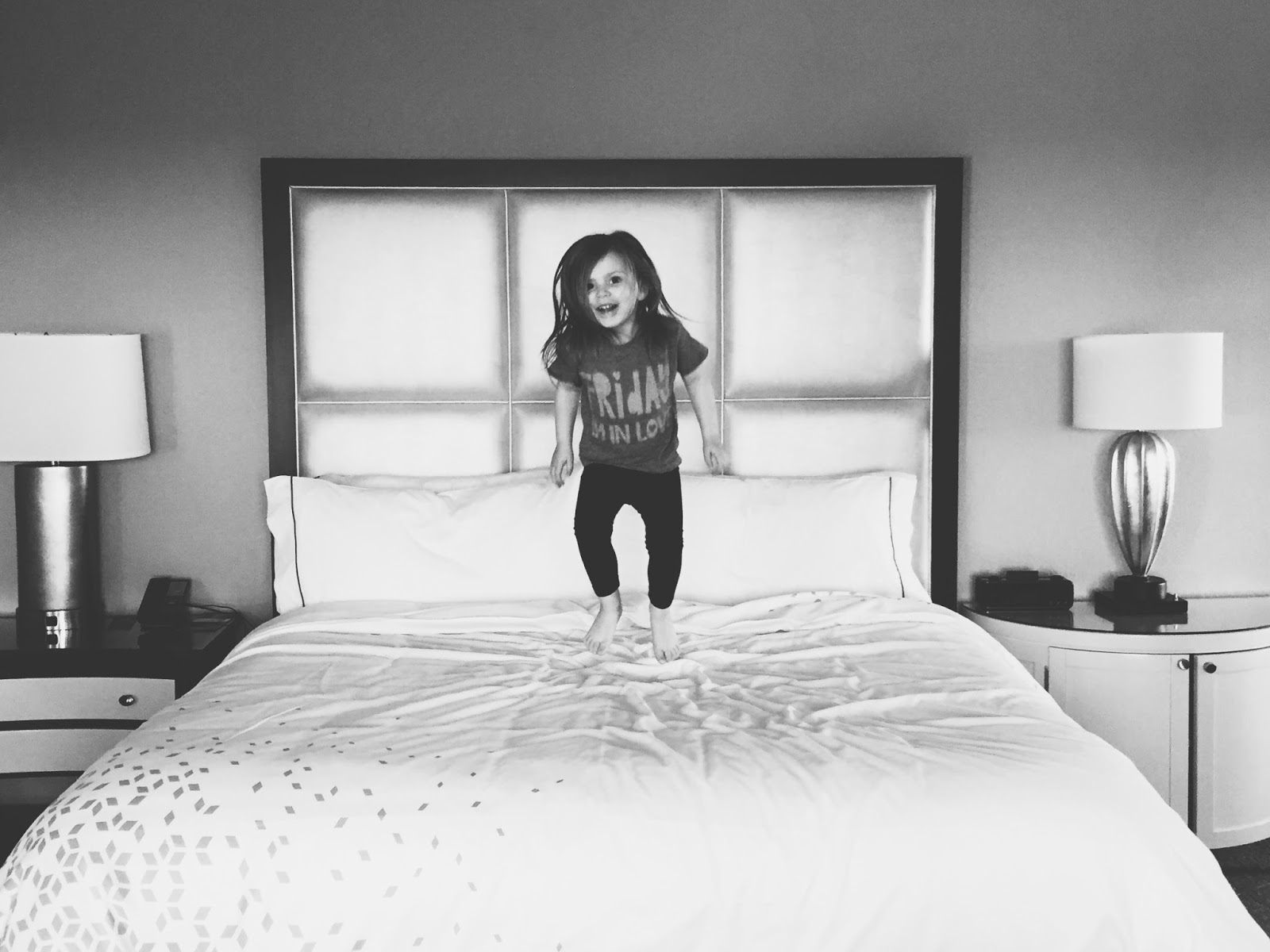 Our hotel had the most amazing breakfast buffet, I was honestly a little sad to have to stop eating in order to get to the park before it opened. We all were having so much fun & probably could have sat there eating waffles & omelets all morning long. They made Harper all sorts of fancy mini fruit smoothies & she was loving it! I know that probably isn’t even noteworthy, but you all know how I feel about breakfast food.

We stayed just a few minutes from the park, and we got there about twenty minutes before it opened. I was a little disappointed about how long it took us to get into the actual park itself after waiting in line to scan tickets & riding the trolley/ferry/monorail/etc. but we eventually got inside & Harper’s jaw dropped at the sight of Cinderella’s castle! 😉 It was freezing in the morning, like in the low 40’s & insanely windy, luckily we had sweatshirts with us & it eventually warmed up around noon. The first thing we did was see the big Mickey performance in front of the castle, this was perfect because Harper got to see a few of her favorites right away which blew her little mind. I was worried she would be bummed about not getting to meet Cinderella (the wait times were really long & we weren’t able to get a fast pass reservation) but she was thrilled to see her dancing during the show. We watched part of the street parade, where she got to see Ana & Elsa, Ariel & a few of her other favorites, then we headed off to meet Tinkerbell.
Meeting Tink was hysterical because it was her first encounter & she did not know what to do with herself! We thought she would be shy or starstruck, but instead she walked right up to her & started asking questions. She even asked her where Belle was, to which Tinkerbell replied, “I don’t know, probably off reading a book somewhere!” 😉 Harper thought that was pretty funny. 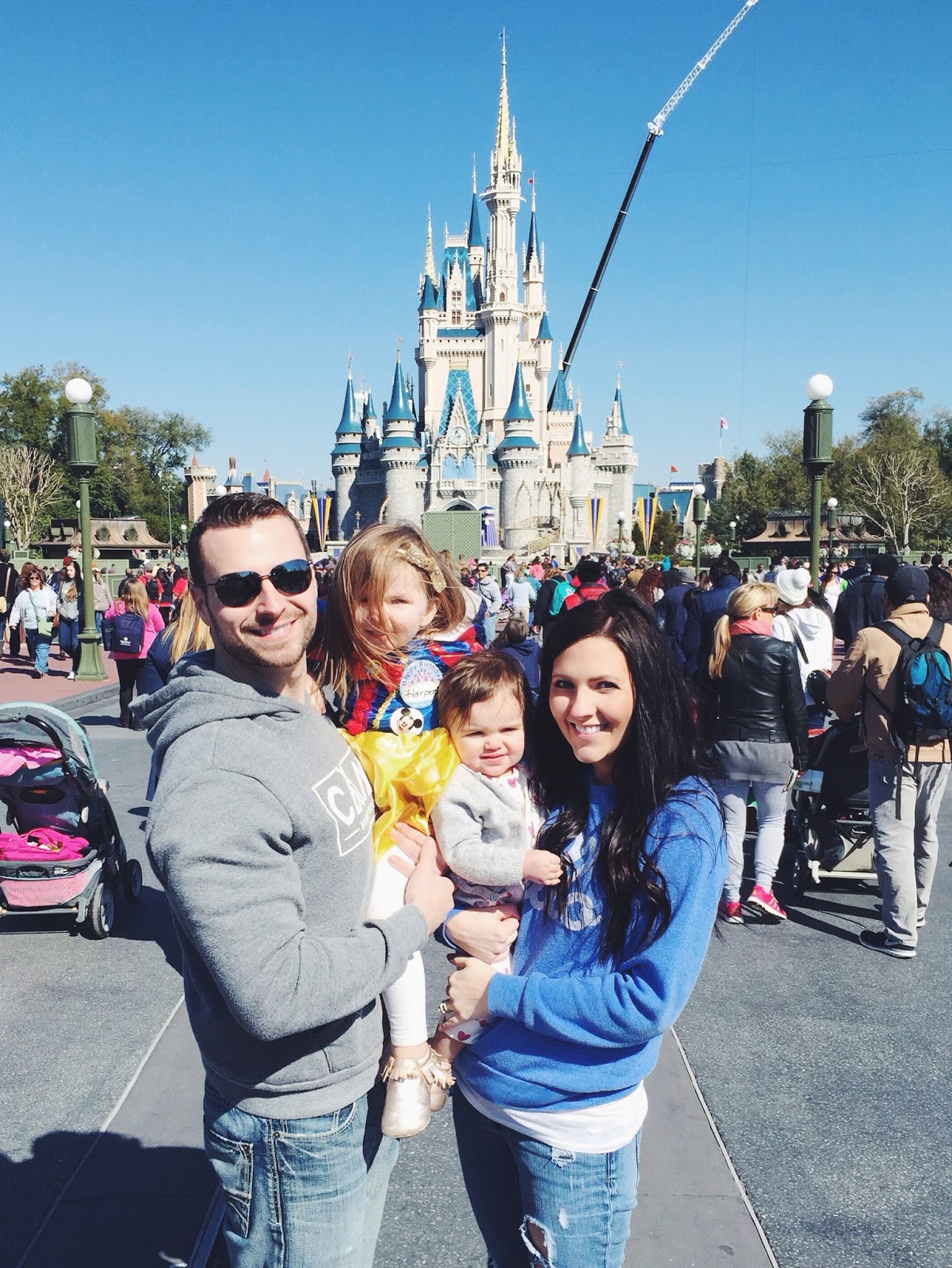 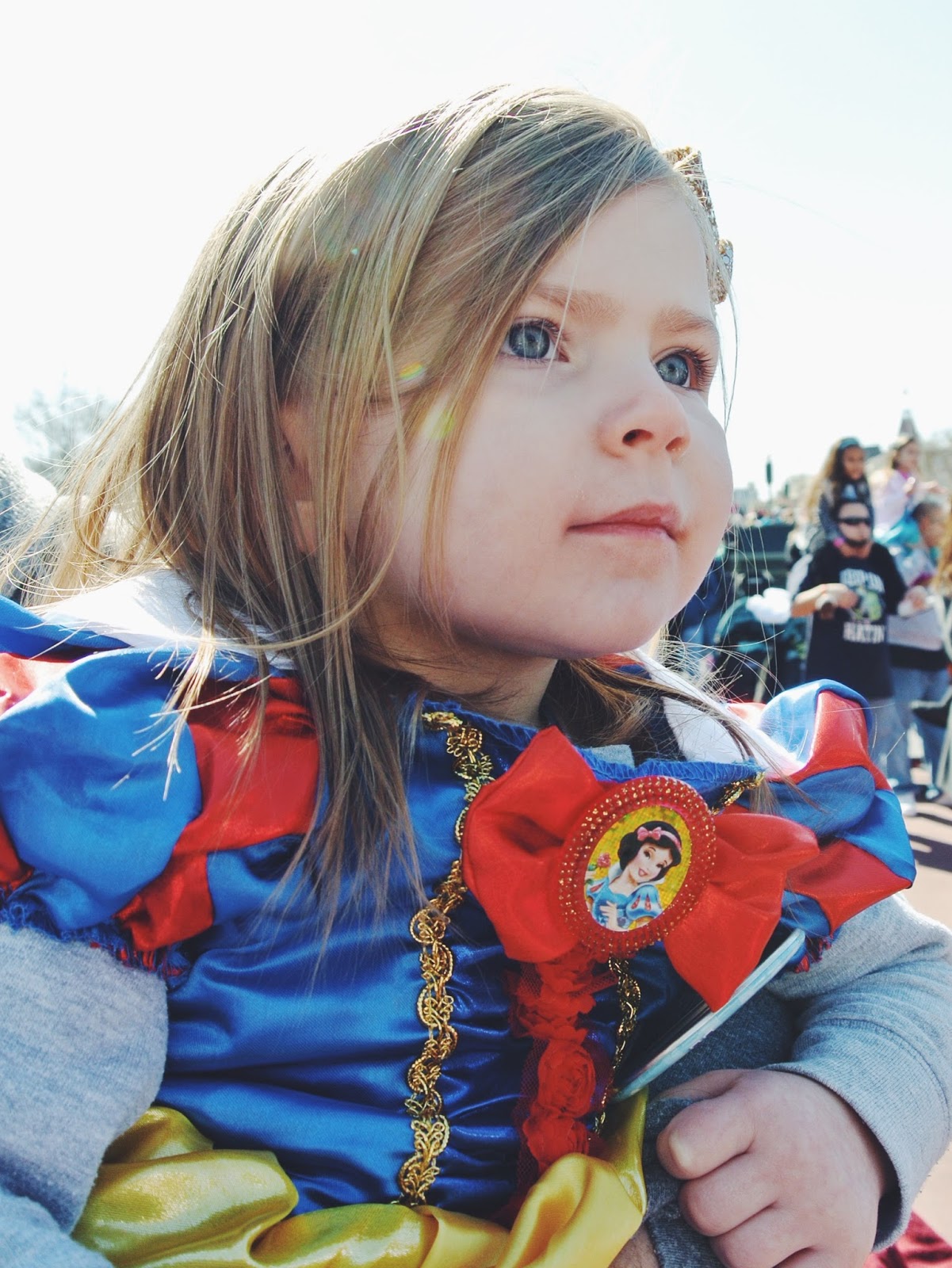 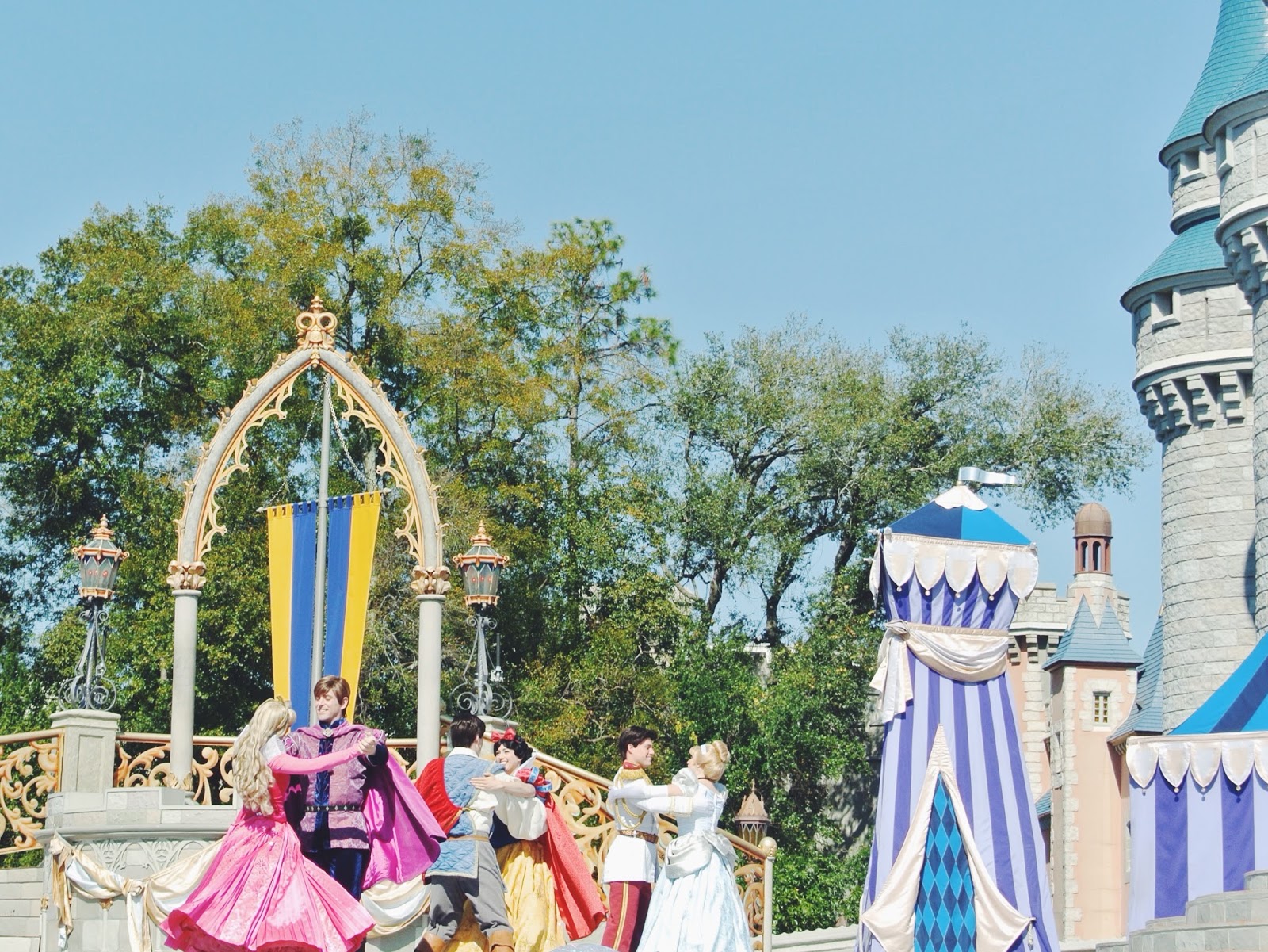 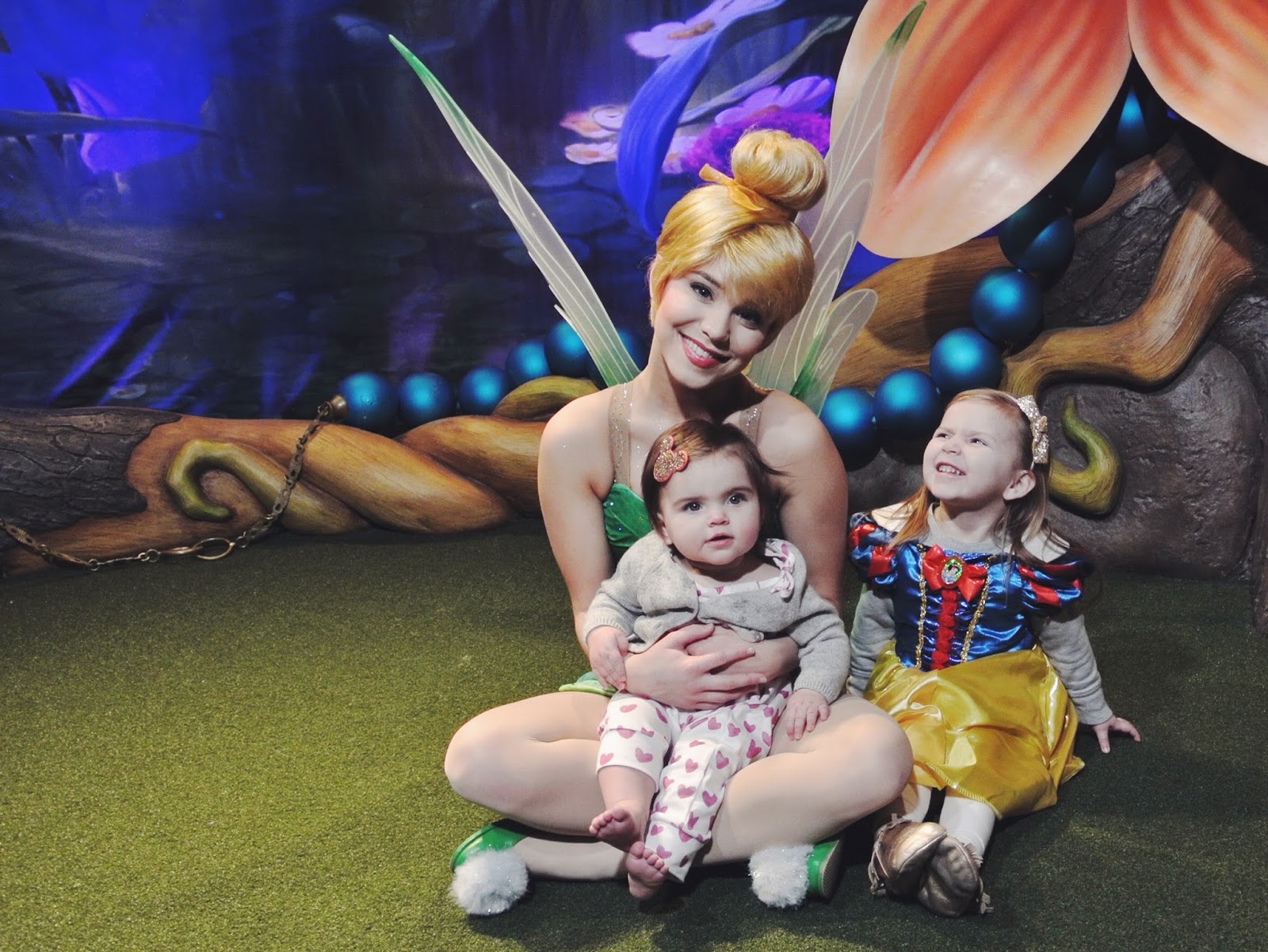 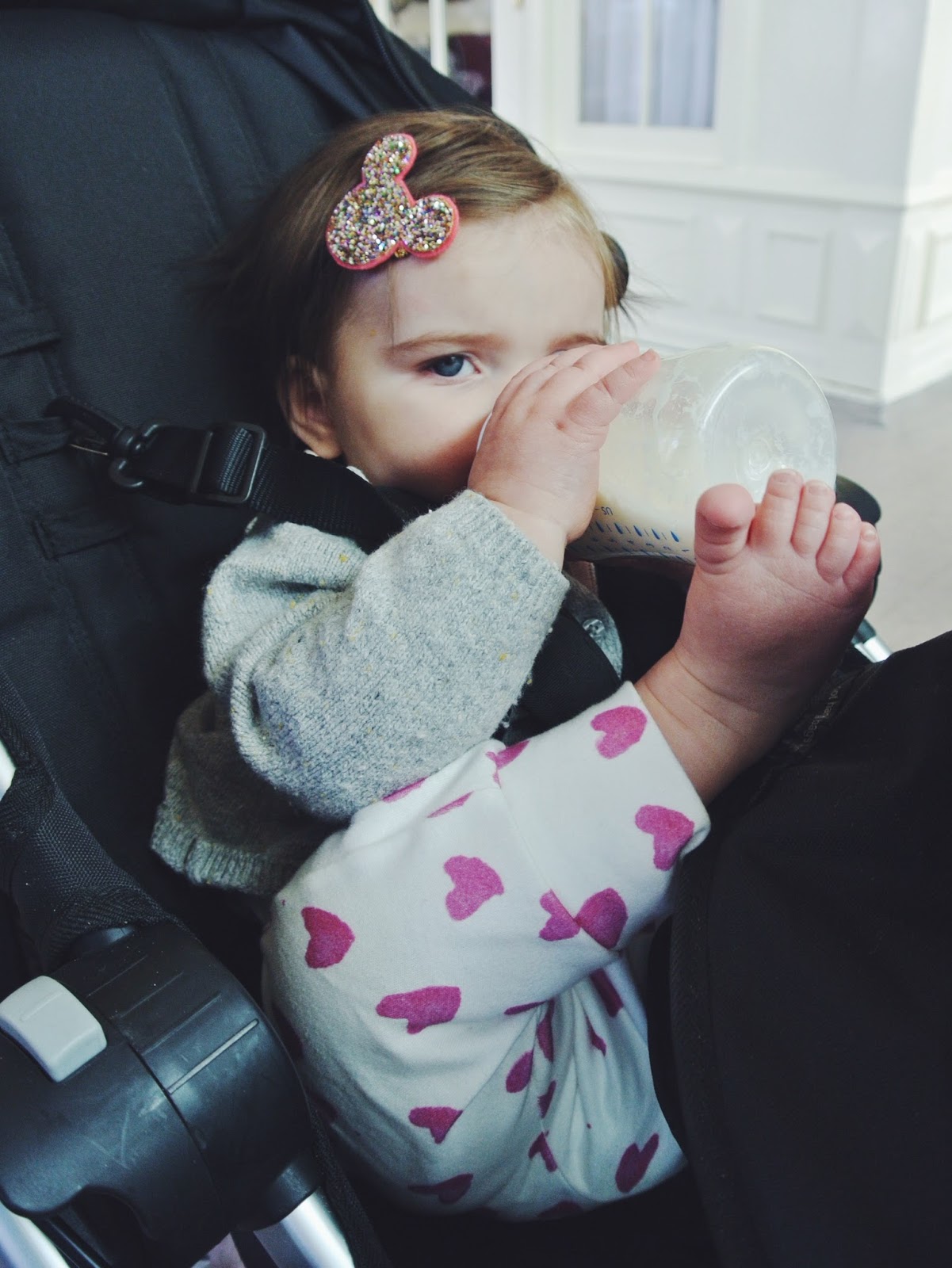 Heart Romper // Glitter Mickey Hair Clip
We ate lunch, had some yummy Dole whips & did a fun jungle cruise, a much needed mid-day way to relax! We gave Harper a Snow White dress when we first told her we were going to Disney, she is one of her very favorite princesses, so of course she asked right away if she could wear it when she goes to meet her. She was so excited to show Snow White her dress & this was definitely one of the sweetest moments of the day. She even got a big red lipstick smooch on her forehead from her which she still talks about! 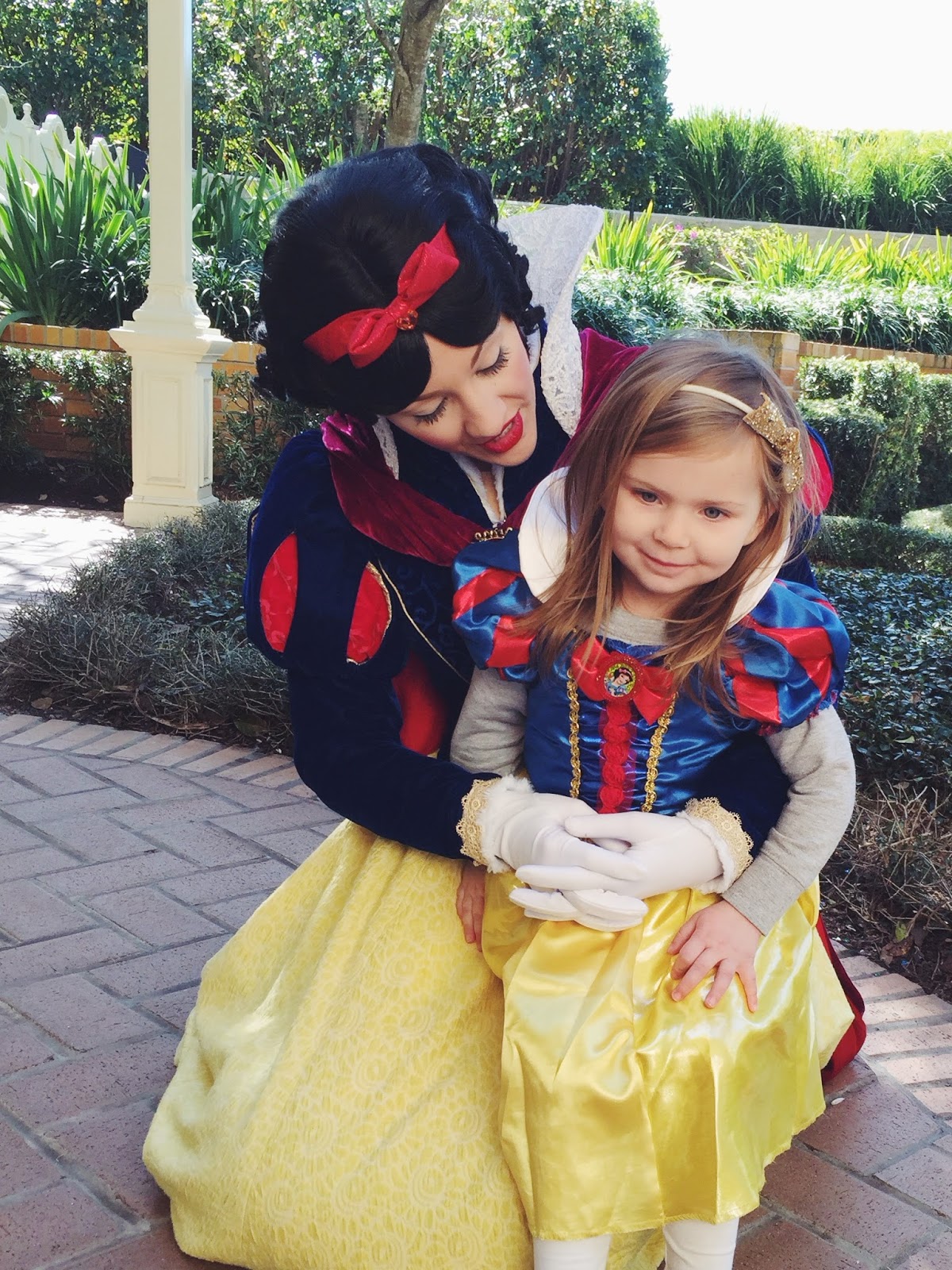 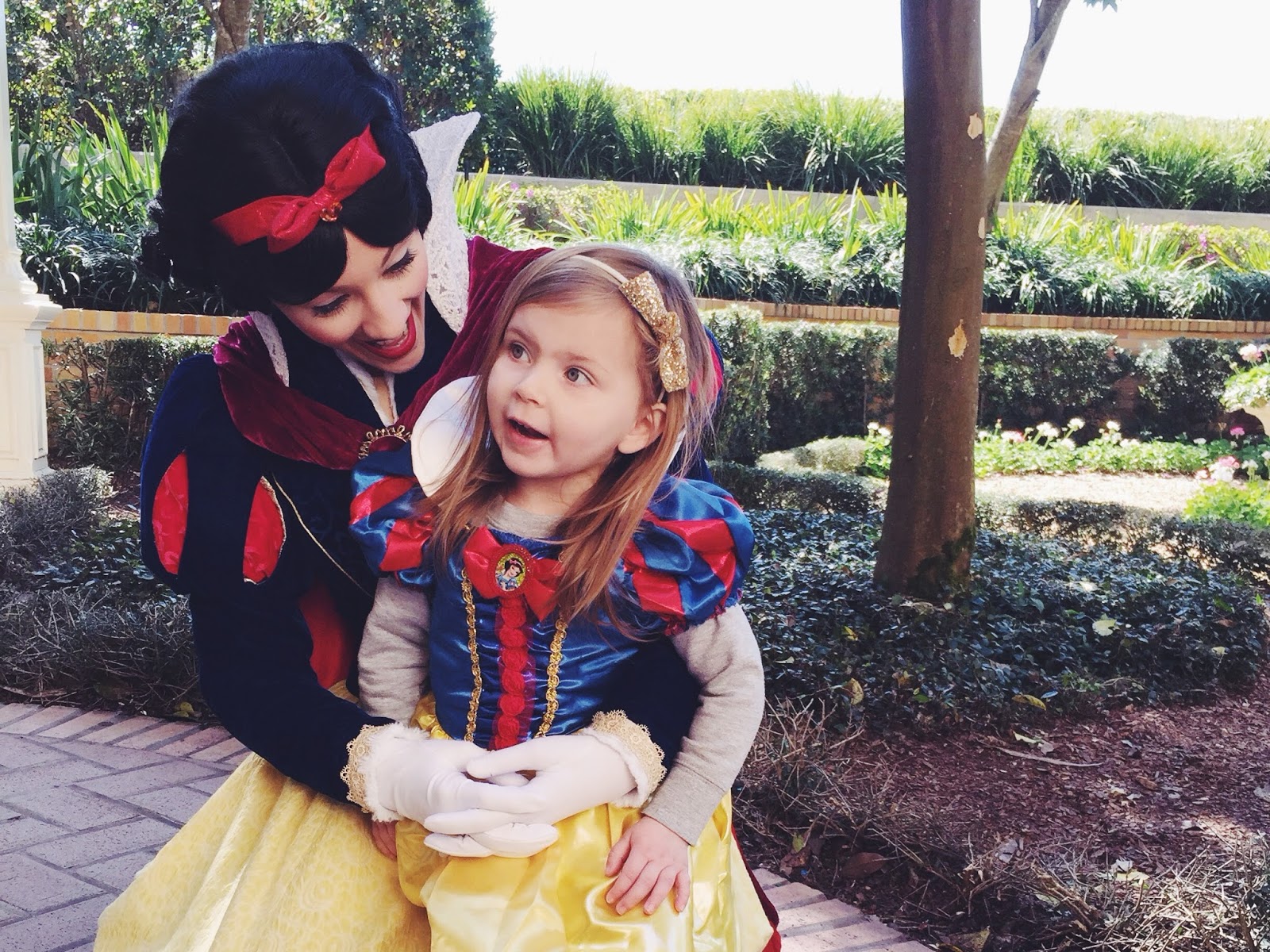 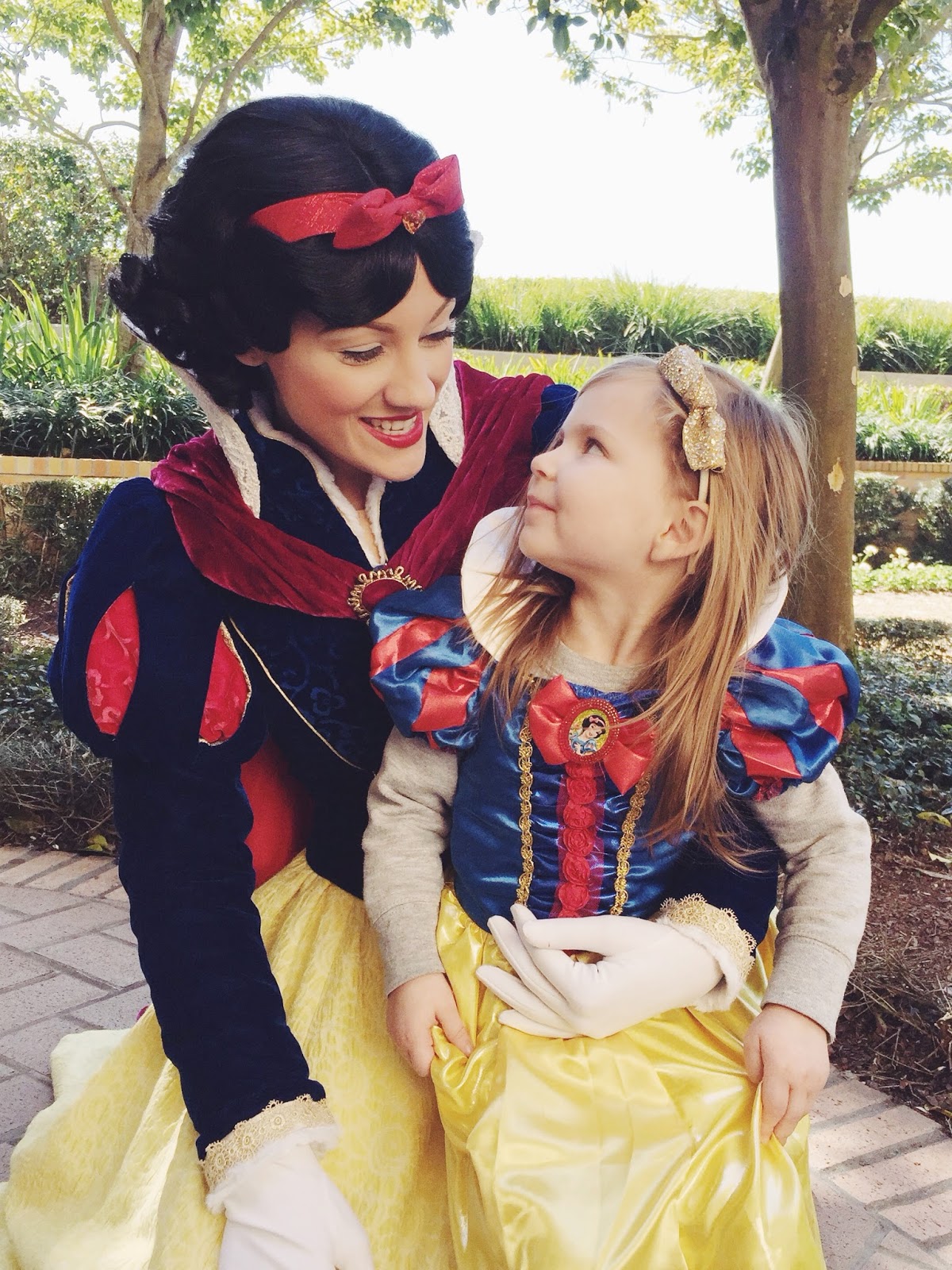 Then there was the highlight of the trip. Harper really wanted to see Belle, and although we couldn’t get a reservation for it, the line was only about 45 minutes. This attraction was called Enchanted Tales with Belle, where all of the kids get to play a part in the story using big cardboard cutouts, they act out the movie for five minutes or so while Belle is in the room watching. Of course, Harper was so shy & wouldn’t volunteer to take a part, so in the end they ended up handing her the salt & pepper shaker. She could barely sit still, she kept trying to get up so she could go see Belle up close. After they acted out the movie & entire group danced around the room in a line, Belle came back around & put a red cape around Harper’s back for her to play the beast. Harper was in total shock as she got to dance to Tale as Old as Time with Belle (!!!!!!!!), which I am positive was the highlight of her life thus far. Every time we watch the movie she wants one of us to dance with her during this part, so I know this is something she will never forget, and neither will we!!! I totally cried through the entire dance. 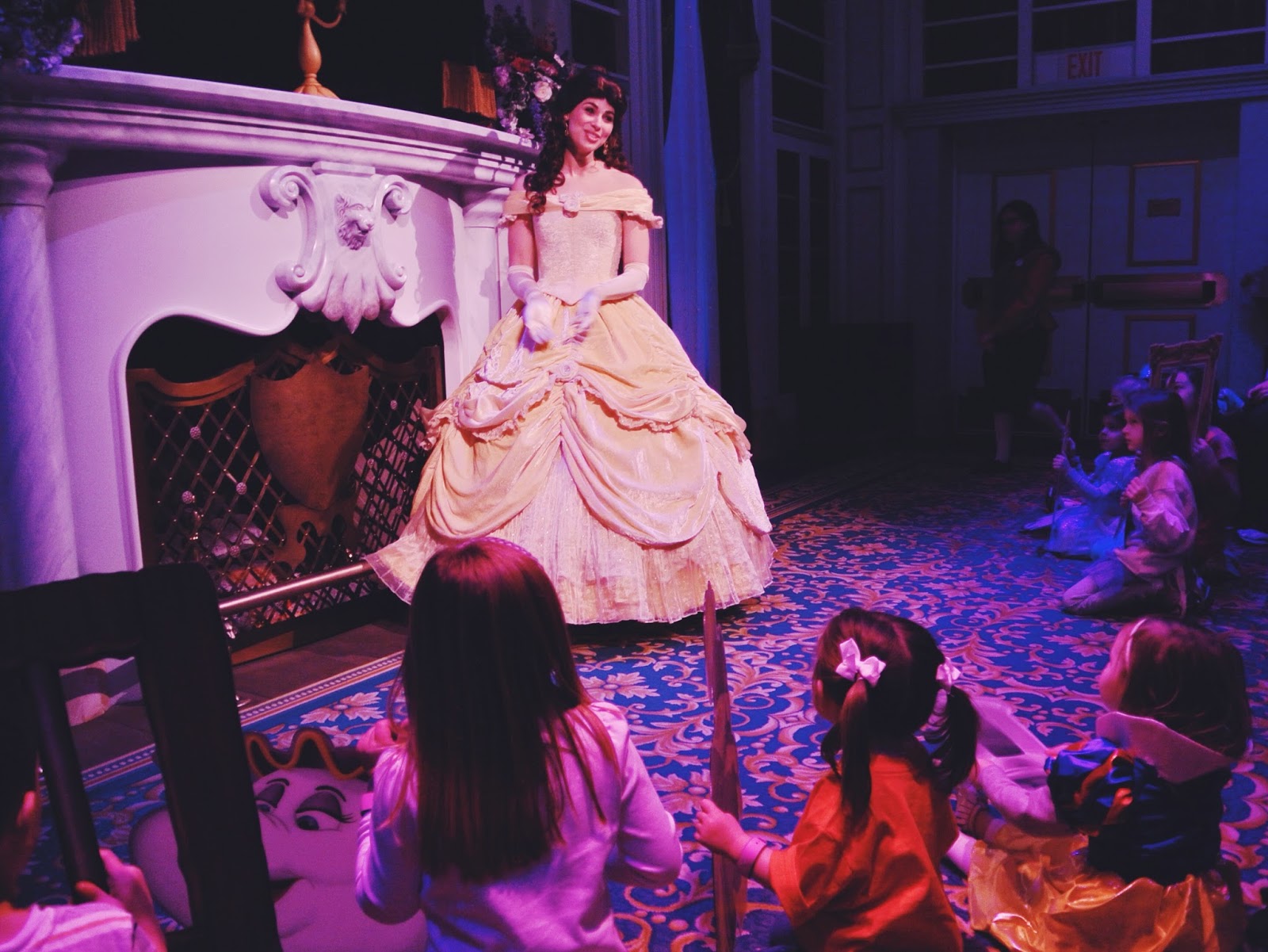 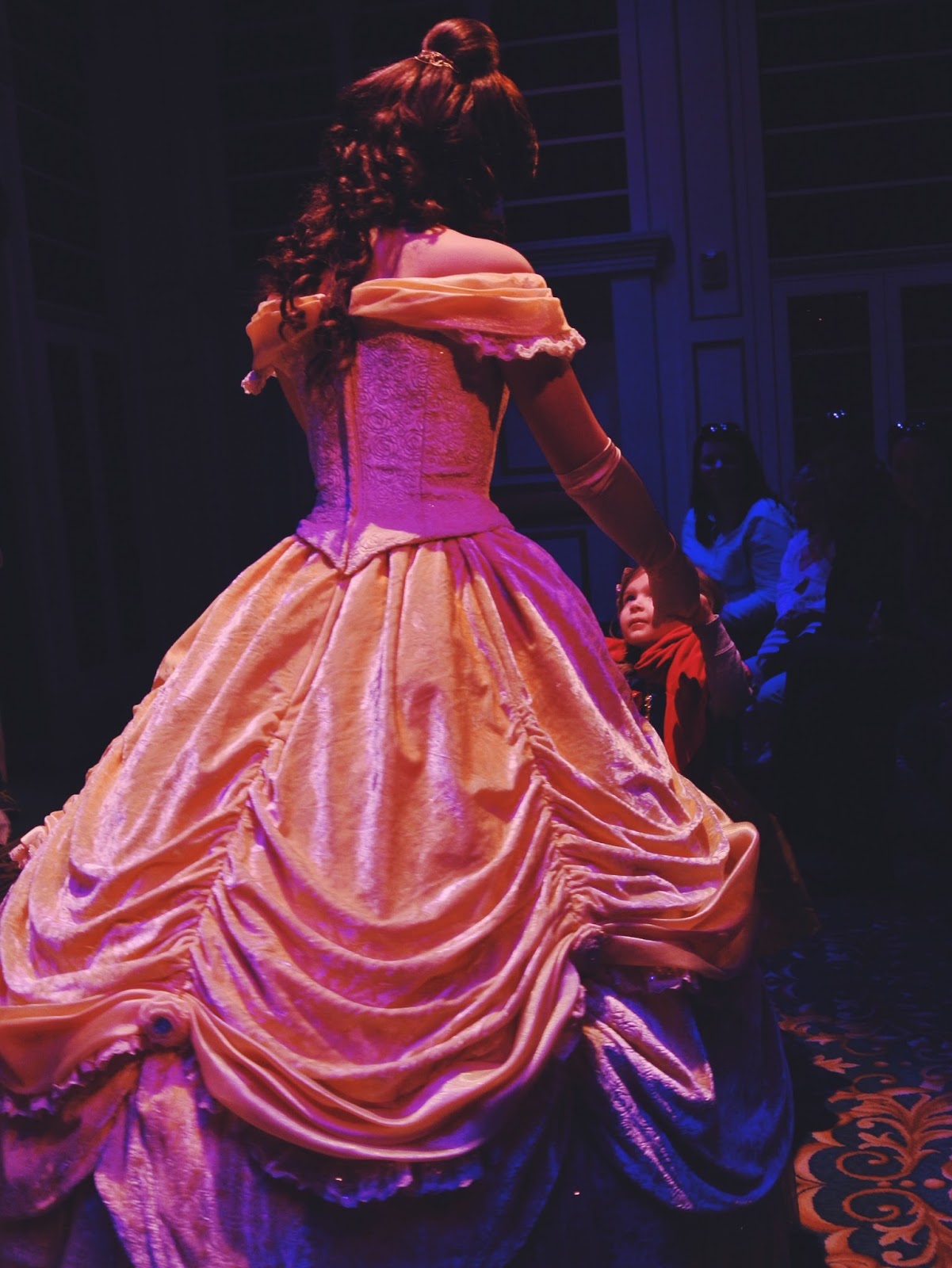 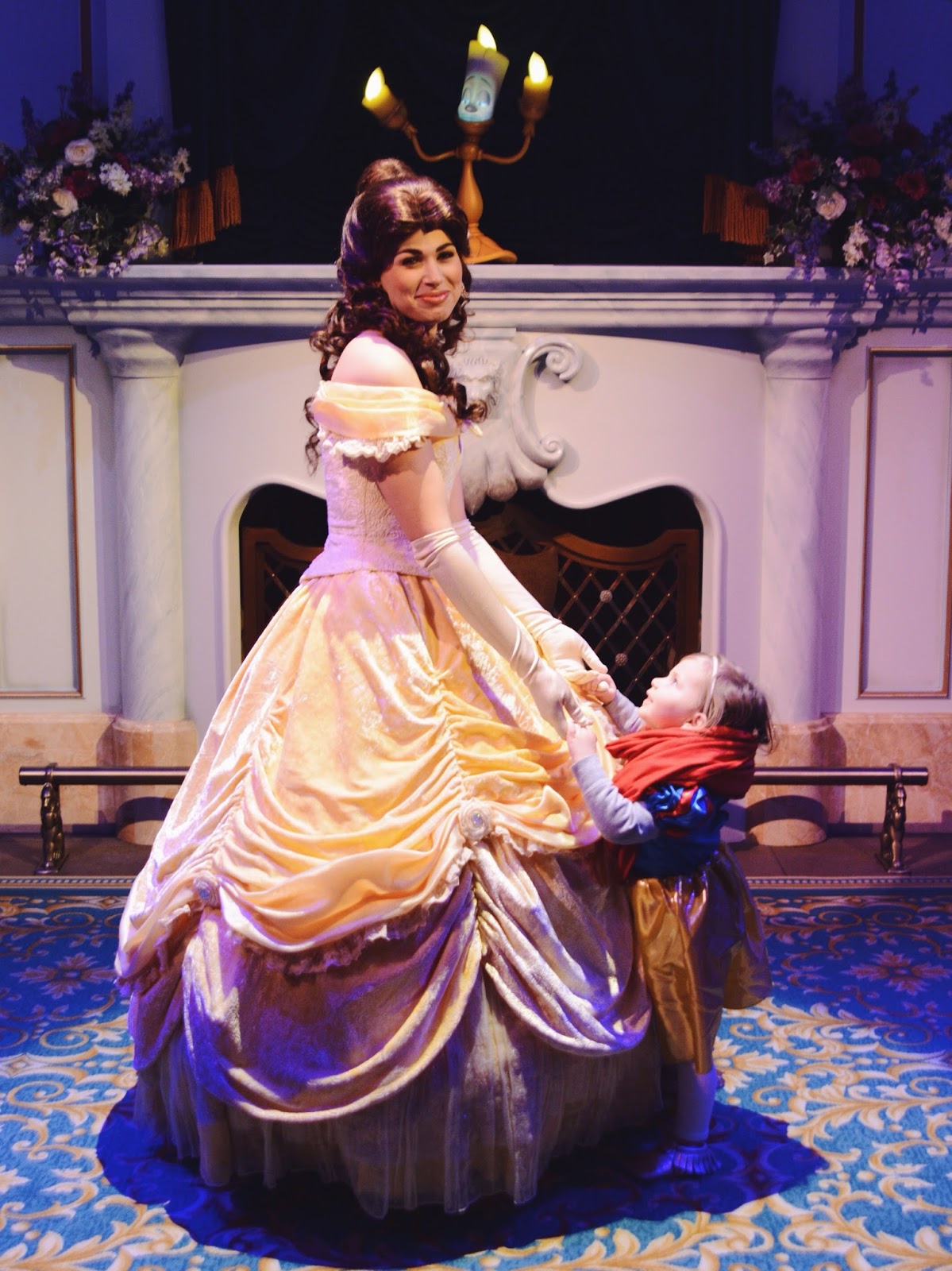 Disney was magical & I know that Harper had the best birthday ever!!

That being said, I think that the happiest place on earth might also be the most annoying place on earth. Aside from the fact that Eloise was definitely too young to enjoy it, and that we possibly just didn’t have enough time (we only spent one day at the actual park since we also spent a day visiting my brother who lives there) AND that maybe we just went during a crazy busy time (holiday, three day weekend, February, who even knows), I felt like a lot of things made Disney a giant pain in the ass. Again, it was all so worth it & the fun outweighed all of the negatives, but there were tons of times where I questioned why on earth people would do this over and over again. Although we will totally do it again. Maybe I’ll save that for another blog post though! Overall, we really did love it, Harper has already been asking when she can go back to see all of her princess friends & I can’t wait to print a few of these pictures for her to keep forever. 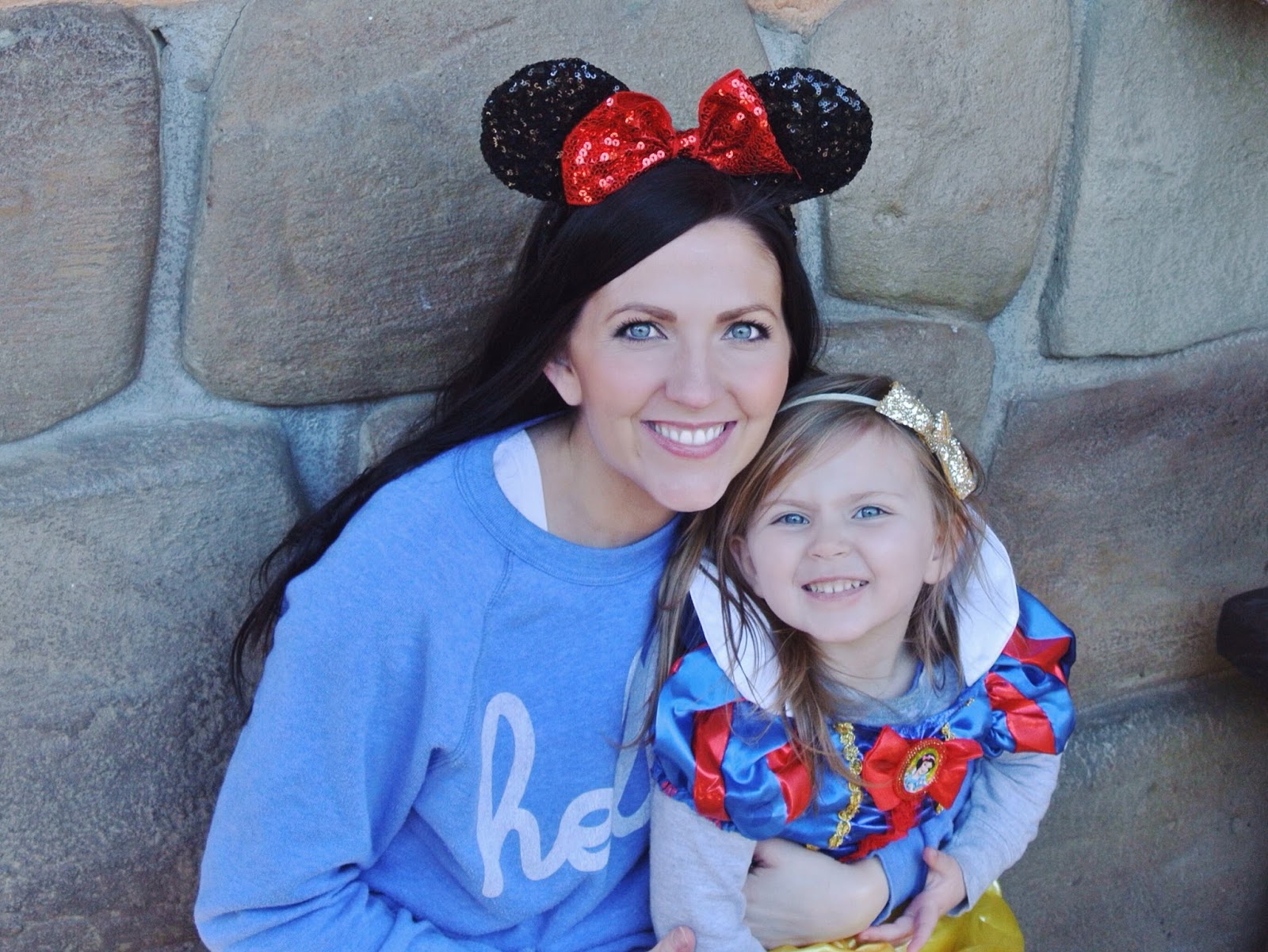 Happy happy happy birthday to the sweetest little princess of them all!!
13
Sweet Valentines
When a Tree Falls in the Woods 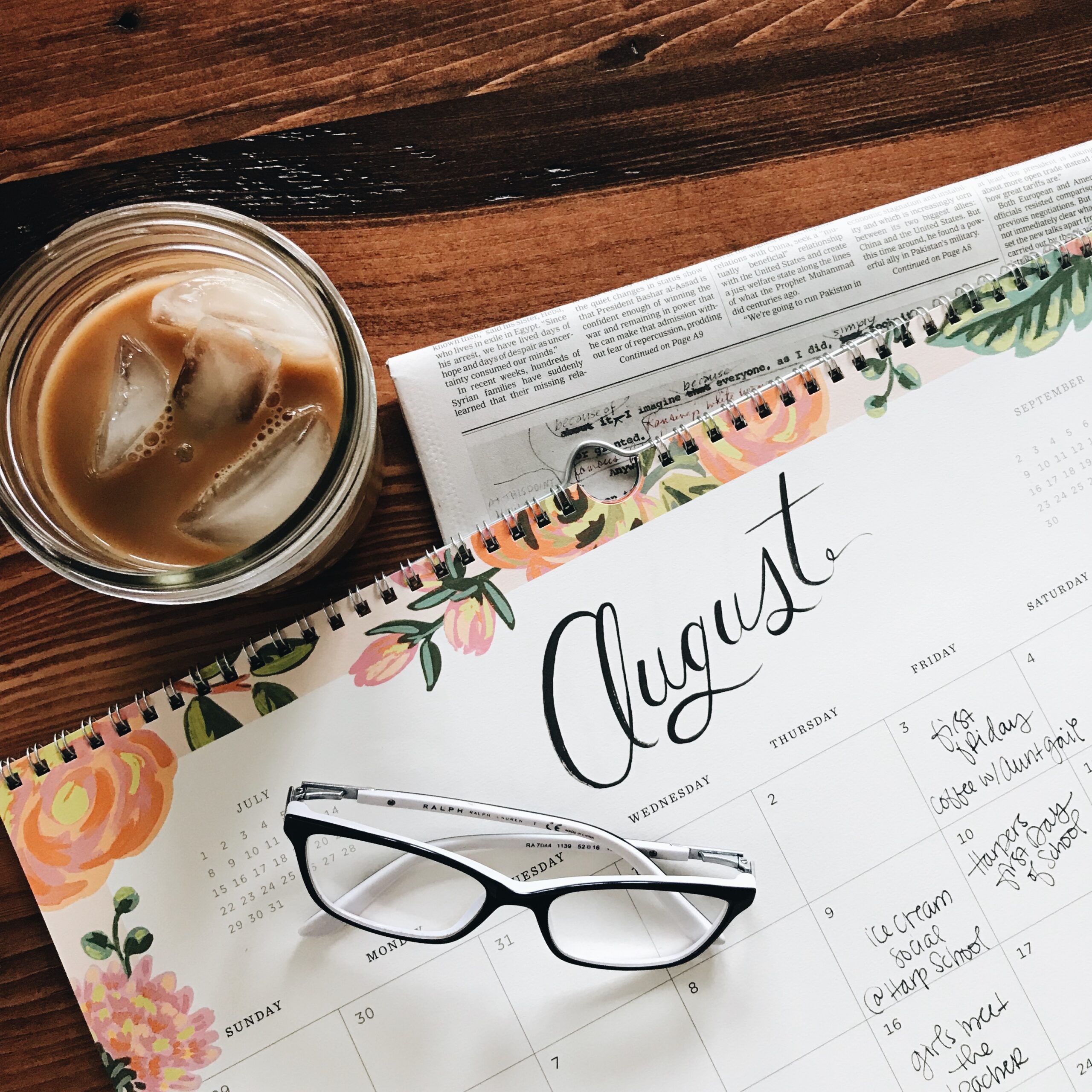 Five Festive Things to do in August